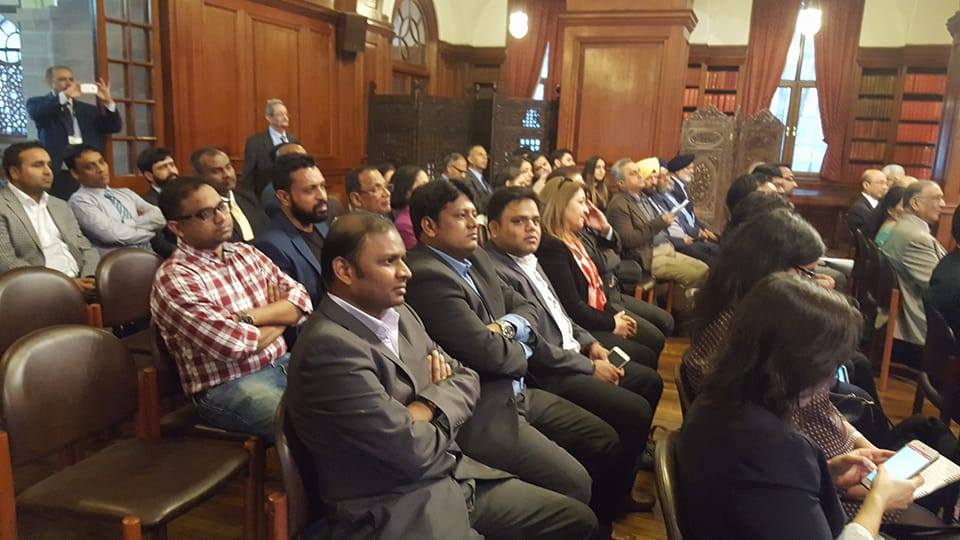 The Telangana Association of UK at the Indian Consulate in London. Photo courtesy: Facebook/TAUK

NRI TRS UK president Anil Kurmachalam listed the activities and efforts of the TRS government in encouraging startups and thanked Telangana Chief Minister K Chandrashekar Rao and IT Minister KT Rama Rao for their work in creating the opportunities.

Kurmachalam said, “Amongst all the States in India, Telangana government is giving an exemplary encouragement to startups.” He also congratulated the four startups- Hug Innovations, Loop Reality, AuthBase and Kheyti that won awards in separate global competitions.

Various government initiatives such as ‘Billion$Babies’, ‘10,000 startups’, ‘Make in India’ have been undertaken to boost the startup ecosystem and entrepreneurial spirit in India. But the success of these initiatives depends on how favourable the policies are for startups.

Experts are of the view that Company law; Registrar of Companies and its treatment towards startups; Taxation for startups and investors; Ease of registering a company; Access to seed capital and its terms; and Subsidising incubators are some of the areas where policy makers need to look at. Also, a high level of transparency and reliability is required in business, economic and regulatory affairs.