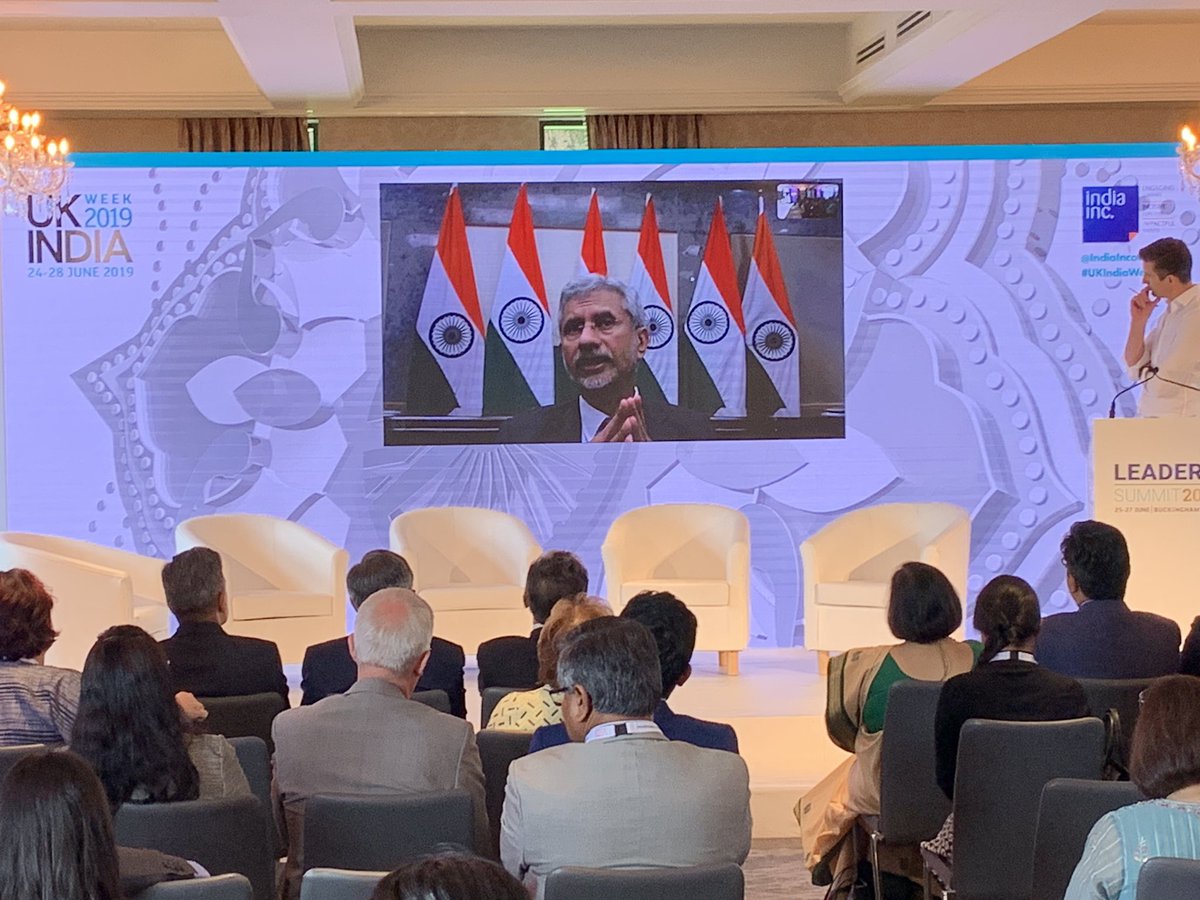 “UK is a very important economic partner of India and whatever the outcome of its plans to leave the European Union (EU), India would seek out opportunities for growth,” Jaishankar said.

The minister pointed to a drop in the number of Indian students coming to UK universities as an area that needs "some work" but said that overall the bilateral relations were on "solid" ground.

"Brexit or no Brexit, we never say no to anybody who wants to do more business with India," Jaishankar said via a live video link from his office in New Delhi.

Over the course of the summit, Britain’s prominent Conservative Party MP Priti Patel and Dr Vijay Chauthaiwale, head of the BJP’s Foreign Affairs Department, spoke about the Indian diaspora and Crispin Simon, UK Trade Commissioner for South Asia based in India, discussed the new markets and trends driving India’s global aspirations. The major theme for the two-day event was the growth potential of the UK-India bilateral relationship moving forward.

“When Brexit happens and the UK needs new trade deals, India should be on top of the list with proactive and timely moves on Britain’s end. The pendulum of influence is shifting and as the UK parliamentary report warns, the UK is falling behind in the global race to engage with a rising India,” said Manoj Ladwa, CEO and Founder of UK-India Week organisers India Inc.

Dr Shashi Tharoor, Chair of the Indian Parliament’s Foreign Affairs Committee also addressed the summit via video link. The Congress MP admitted that the Opposition is determined to keep the "government on its toes".

A small snippet (35 seconds) from my half-hour video appearance at the India Inc conference in the UK, speaking about the India-China dynamic in Africa. We are non-competitive, non-prescriptive, respond to African needs &build capacity thru our projects, very different from China pic.twitter.com/c484lyqyb7

"The Modi government has hit the ground running and I am sure the UK will be high on its agenda once the succession crisis with Theresa May's exit is resolved," he said, adding that Britain needs to reassess its expectations from India to ensure its visa policies are fairer towards Indians.

‘India has become a highly innovative society and most of the frugal innovation is happening here’ @amitabhk87 CEO @NITIAayog expands on the Culture of Innovation and digitalisation in India pic.twitter.com/CUyT2eq16b

If you can manage the strengths that the financial sector has in London and as well as the financial market in India, then you have a great opportunity @joshimohit_ygl @Infosys speaks @IndiaIncorp Leaders' Summit #UKIndiaWeek19 pic.twitter.com/OR9IjNJgkA

"Many ceilings have been breached in the India-UK relationship and we want to take it to even new heights and breach further ceilings," said Indian High Commissioner to the UK, Ruchi Ghanashyam.

‘We are looking forward to the Leaders’ Summit throwing up ideas that will take the UK-India relationship to new heights’ HE @RuchiGhanashyam delivers the opening remarks @ india Inc’s Leaders’ Summit #UKIndiaWeek19 pic.twitter.com/TFNnbXUmXe

Speaking during the ‘How should the world view India’ session at the Leaders’ Summit, General (Retd) David H Petraeus, who served as CIA director during Barack Obama’s presidency in the US in 2011-12, pointed out the trade tensions between the US and India and stated the latter was poised for a breakout “Modi moment” during Prime Minister Narendra Modi’s second term in office after a “remarkable electoral result”. 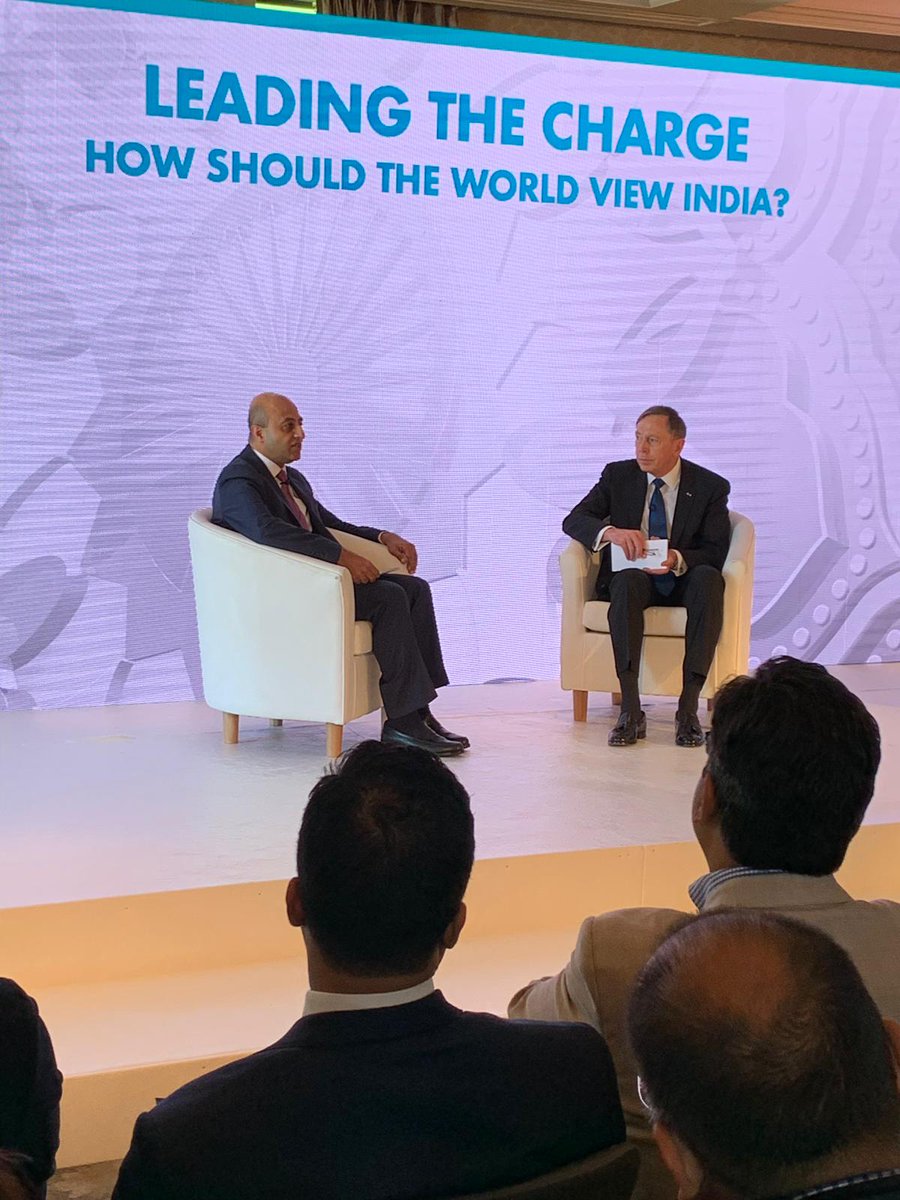 A session with General David H Petraeus and Lord Jitesh Gadhia on ‘How should the world view India’ at the Leaders' Summit. Photo courtesy: Twitter/@Indiaincorp

“There is trade friction with President [Trump] focussed a great deal on deficits; but the importance of US-India relationship is at a stage when it does not matter whether it is a Republican or Democrat President in place,” he said. "How India forges its own identity at a time of a rising China will be a defining chapter of the Modi moment."

The last set of sessions of the two-day Leaders’ Summit concluded with discussions and debates around India’s technological advances, the opportunities for the UK and India to work together in Africa and disruptive leadership models.

“I am sure attendees will come away from this week with fresh insight and innovative ideas, which will help steer collaboration between the UK and India into the future,” said UK foreign secretary and Prime Ministerial contender Jeremy Hunt.