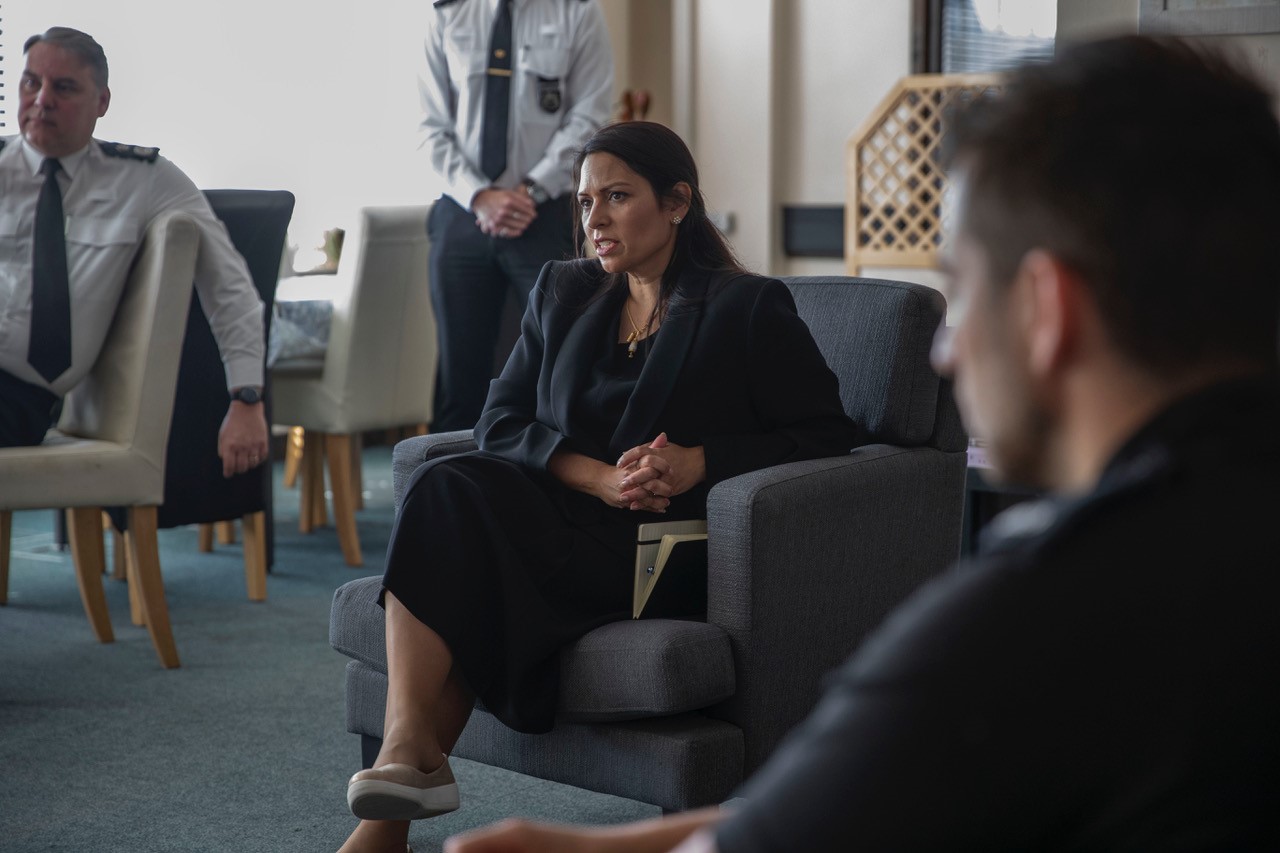 Patel, who has previously formerly apologised for the scandal in Parliament, has now set up a new Windrush Cross-Government Working Group to address the challenges faced by the Windrush generation and their descendants.Photo courtesy: Twitter/@pritipatel

The UK government had set up an annual commemorative day and a compensation scheme in the wake of a scandal that emerged in April 2018 over thousands belonging to the so-called Windrush generation being wrongly told they were in Britain illegally.

"This group is crucial to delivering on our promise to right the wrongs experienced by the Windrush generation and it is right that we advance these issues in a constructive, sensitive and responsible way," said the Indian-origin Cabinet minister.

Today we celebrate the incredible contributions of the #Windrush generation to our country. @borisjohnson and I met with Bishop Webley and members of the new cross-government working group to discuss how we can continue to right the wrongs of the past. pic.twitter.com/MqNC610d3G

"We know that the best way to make sure we reach all those affected is by listening to them and hearing their voices, including how best to address the wider challenges that disproportionately affect those from BAME [black, Asian and minority ethnic] backgrounds," said Patel.

Patel, who has previously formerly apologised for the scandal in Parliament, has now set up a new Windrush Cross-Government Working Group to address the challenges faced by the Windrush generation and their descendants.

Patel, who last week visited the scene of the terror attack in Reading where three people were killed by a knife-wielding assailant, in a speech in Parliament yesterday stated that it was "clear the threat by lone actors is growing".

She also chaired a joint meeting of the Five Eyes intelligence alliance comprising representatives from Australia, Canada, New Zealand, the United Kingdom and the United States.

"We agreed to work with our closest allies to tackle threats from hostile actors, stop spread of disinformation, tackle online child abuse & encourage social media companies to engage on end-to-end encryption," she tweeted.