The United Kingdom's National Crime Agency has been tasked with investigating a clothing factory named Jaswal Fashions based in Leicester after an undercover reporter alleged the workers, many of them from India, were facing sweatshop-like conditions and below minimum wage payments. 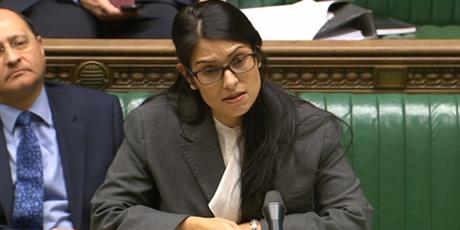 The Sunday Times reporter allegedly found that workers were being paid as little as GBP 3.50 an hour as against the UK’s legal minimum wage of GBP 8.72 an hour and was also operating last week during the localised coronavirus lockdown imposed on the city.

UK Home Secretary Priti Patel described the allegations as “truly appalling” and commended the undercover investigation for its role in “uncovering such abhorrent practices”.

“I will not tolerate sick criminals forcing innocent people into slave labour and a life of exploitation,” said Patel. “Let this be a warning to those who are exploiting people in sweatshops like these for their own commercial gain,” she said.

Last week, the senior Cabinet minister had directed the UK’s NCA to investigate modern slavery allegations in Leicester’s clothing factories after alarm was raised that they were a key source of the spike in coronavirus infections in the region, which led to England’s first localised Covid-19 lockdown for the city.

“Within the last few days NCA officers, along with Leicestershire police and other partner agencies, attended a number of business premises in the Leicester area to assess concerns of modern slavery and human trafficking,” the NCA said.