Following public statements by London Mayor Sadiq Khan that Britain needs to apologise for the Jallianwala Bagh massacre, the UK government has sidestepped calls for an official apology, saying it has "rightly condemned" the "deeply shameful act" in British history in the past. 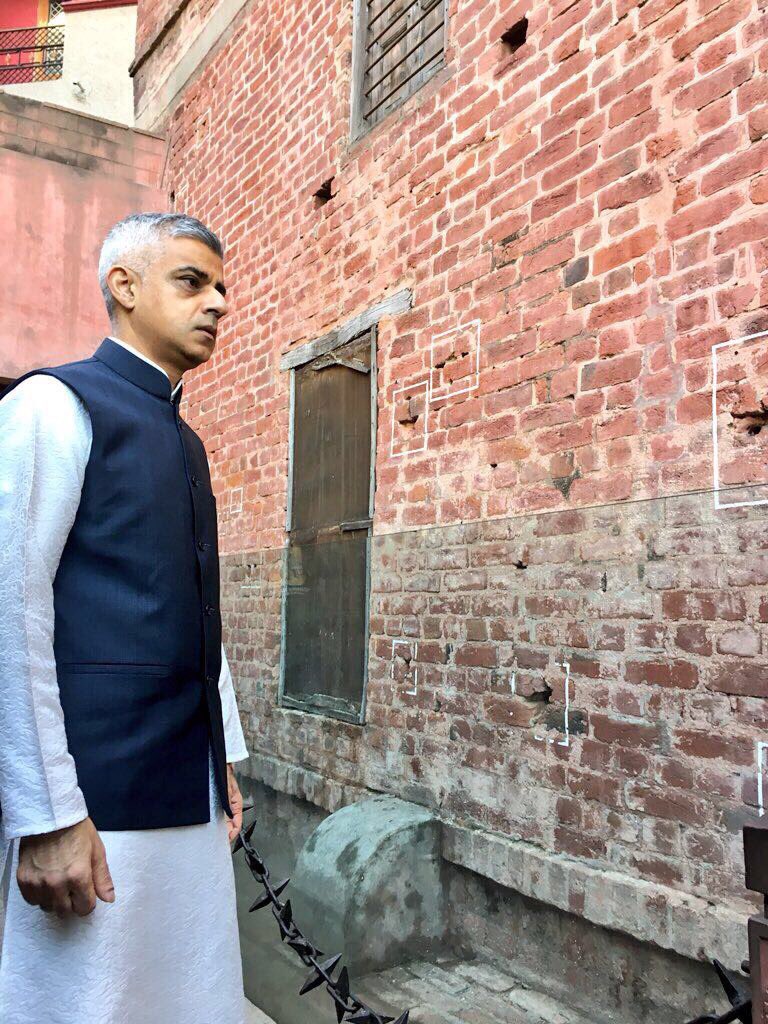 The UK Foreign Office statement comes after Khan during his visit to Amritsar on Wednesday said the British government should apologise for the mass killing. In addition, Indian-origin Labour MP Virendra Sharma had also tabled a motion in the UK Parliament calling for an official apology.

"I'm clear that the government should now apologise, especially as we reach the centenary of the massacre. This is about properly acknowledging what happened here and giving the people of Amritsar and India the closure they need through a formal apology," Pakistani-origin Khan said during his ongoing trade mission to India and Pakistan.

The foreign office invoked former British Prime Minister David Cameron's views on the issue after Khan asked for an apology.

"As the former prime minister said when he visited the Jallianwala Bagh in 2013, the massacre was a deeply shameful act in British history and one that we should never forget. It is right that we pay respect to those who lost their lives and remember what happened. The British government rightly condemned the events at the time," it said in a statement.

During his Indian trade mission in February 2013, Cameron had said it would be wrong to "reach back into history" and apologise for the wrongs of British colonialism.

Petition: Call for a British Government apology for the Jallianwala Bagh Massacre of 1919 https://t.co/y84XX6jh7n

Meanwhile, Sharma has revived a petition calling for an apology by Britian for the massacre after Khan's demand. Virendra Sharma, a fellow Opposition Labour Party member like Khan, had launched the petition on the UK Parliament's website earlier this year but it has attracted just over 1,778 signatures.

Khan, who was on a three-city tour to India, visited New Delhi, Mumbai and Amritsar to strengthen the UK's capital trade ties with India.