Ameet Jogia, an Indian-origin Tory candidate, was allegedly subjected to racial abuse in the form of graffiti drawn on the wall of a voting booth in his own constituency during the UK polls, according to a media report.

Jogia, who stood against Labour's Barry Gardiner in Brent North, was shocked when he came across the graffiti reading "Vote Labour Barry, not Jogia. Keep p*kis out of politics" in Wembley on June 8. The 30-year-old was alerted to the message by one of his supporters who spotted it in a polling booth, at The Ascension Church in north London, the metro.co.uk reported.

Jogia, who went to investigate shortly before voting closed, said he was "saddened" to see the "racist" message still there. He said when he first heard about it, he thought it was just a prank, but after seeing it he was left "disappointed" that "no one did anything to take it down".

Jogia allegedly brought it to the attention of a presiding officer but claims they "literally just shrugged their shoulders saying it was 10.00 pm and nothing they could do".

"I was so angry they had not noticed this message. I wouldn't be surprised if they had turned a blind eye to it!" he added. 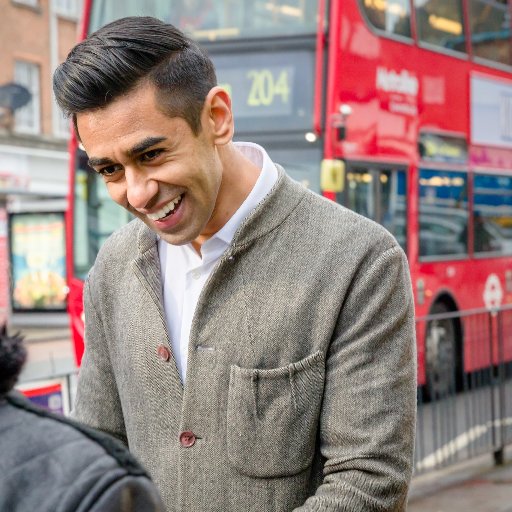 Calling it "ignorance", Jogia said it was the first time he had ever experienced this type of racism, especially in his constituency, which has a large South-Asian community.

He has since reported it to Brent council and said he will be taking it up with the electoral commission for failing to do anything.

Speaking about the result, he told the media, "It feels amazing. I'm so proud and privileged that over 18,000 people trusted in me."

The General Election have overturned all opinion poll projections of a strong Conservative party majority, recorded the highest turnout in 25 years at 68.7 per cent, with nearly 32 million of the 46.9 million registered voters casting their ballots.