Companies in the United Kingdom are planning on hiring cheaper overseas labour to complete their customs paperwork post-Brexit, creating jobs in countries such as India and Romania due to a shortage of trained staff in Britain. 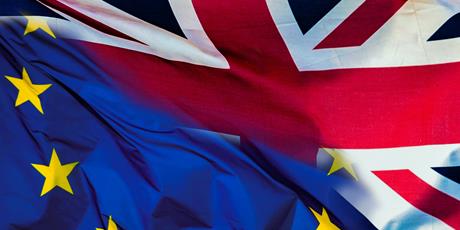 For the government, a shortage of customs agents is one of the biggest threats that could disrupt trade with the EU after the end of the Brexit transition period. Photo courtesy: EU

According to sources such as Bloomberg, Britain's logistics industry is having to find creative ways to be ready for a wave of bureaucracy that will hit on January 1, when commerce between the UK and its largest trading partner will be subject to new paperwork even if the two sides reach a free-trade agreement. Hundreds of millions of extra customs declarations will be required on goods crossing the border annually, at an estimated cost of GBP 13 billion pounds (USD 17 billion).

Metro Shipping Ltd, which moves goods for some of Britain's largest retailers and automotive companies, has taken on 17 extra staff in Chennai, India in recent weeks specifically to handle Brexit-related work. The Birmingham-based firm expects it will have to handle an extra 120,000 customs declarations annually.

For the government, a shortage of customs agents is one of the biggest threats that could disrupt trade with the EU after the end of the Brexit transition period. If companies don't have the right paperwork, goods risk being held up at the border, potentially causing traffic chaos. Alternatively, businesses may decide not to trade with the EU at all if they cannot file the appropriate documents.

Officials are trying to mitigate the problem by offering grants to businesses to train customs staff, though success has been limited: of the GBP 84 million made available, less than a third had been paid out as of October 16, according to the National Audit Office.

The Road Haulage Association, a lobby group, has estimated that the UK needs an extra 50,000 customs agents to cope with the added Brexit workload. The government has repeatedly declined to put a figure on how many have been trained.