Rajasthan chief minister Ashok Gehlot today said that a case has been registered under the stringent Unlawful Activities (Punishment) Act (UAPA) as prima facie the killing of the tailor in the state's Udaipur city appears to be aimed at ‘spreading terror’. 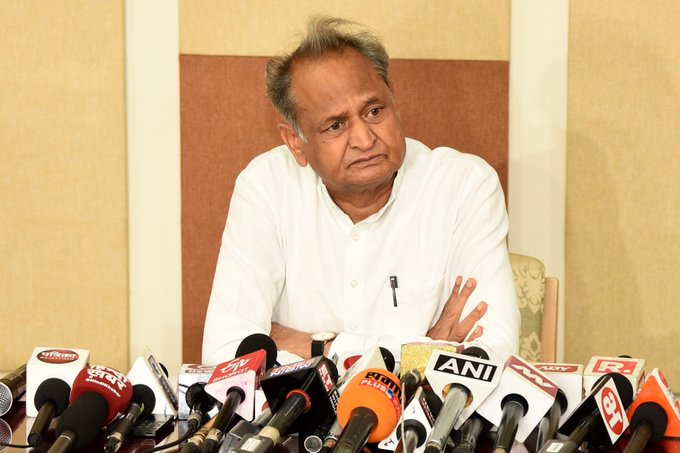 "Police officials said a preliminary investigation revealed that the incident was prima facie aimed at spreading terror. It has also been reported that the two accused have been contacted in other countries,” Gehlot said in a tweet after chairing a high-level meeting.

“The case in this incident has been registered under UAPA so now further investigation will be conducted by NIA in which Rajasthan ATS will fully cooperate,” he added.

The Rajasthan chief minister further urged the state police and administration to ensure law and order and take strict action against attempts to create disturbances. He also appealed to the public to maintain peace in light of the situation.

Gehlot had earlier said that links of the killers with radical elements in India and abroad will be probed and a Special Investigation Team (SIT) has accordingly been constituted to probe the hate crime. He had said the SIT has started its work.

Kanhaiya Lal Teli, a 47-old-old tailor who had a shop in Udaipur's Dhan Mandi area, was brutally killed in broad daylight after he put out a message supporting suspended Bharatiya Janata Party (BJP) spokesperson Nupur Sharma over her derogatory comments about Prophet Mohammed.

The hate crime sparked protests and prompted the suspension of Internet services in Rajasthan.

The incident was filmed by the two accused-arrested, one of whom hacked Lal’s neck with a knife and later bragged about it with a threat to Prime Minister Narendra Modi.

The case was initially registered as a murder case. Teams of the NIA have reached Udaipur and requisite action for expeditious investigation of case has already been initiated.