After months of deliberation, Saudi Arabia announced that the number of people on the annual haj pilgrimage to Mecca will be drastically limited to stem the spread of coronavirus.

The Ministry of Hajj and Umrah said in its release that this year’s pilgrimage will:

The announcement confirmed that "only symbolic numbers"  of pilgrims would be allowed, but did not state the total number of pilgrims to be allowed for the haj, set to begin in late July this year.

In 2019 nearly 2.5 million people performed the pilgrimage to Mecca. 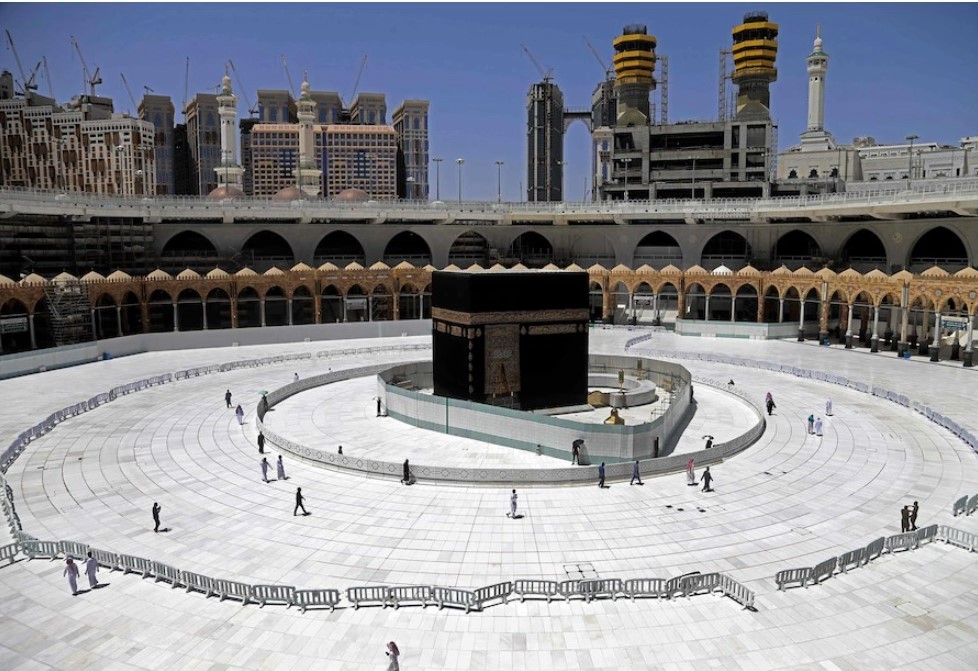 Earlier this year the Saudi government had halted umrah, a shorter form of pilgrimage that can be taken any time of year, and Mecca itself was under lockdown for months. Photo Courtesy: Twitter

Following Saudi Arabia's decision, the UAE Hajj Affairs Office (HAO) announced that it would not participate in the 1441 H/ 2020 AD haj season, after consulting and coordinating with the Saudi Ministry of Haj and Umrah.

"The Kingdom's decision stems from the preventive and precautionary measures taken to contain the spread of the pandemic and to keep all humans protected and safe from its risks and in accordance with the teachings of Islam in preserving the lives," the HAO said in a statement as the UAE lauded the sincere efforts made by the leadership of Saudi Arabia, under King Salman bin Abdulaziz Al Saud.

Earlier this month, Indonesia, the world's most populous Muslim nation, was the first country to withdraw from the pilgrimage. Malaysia, Senegal followed suit as did Singapore.

The Islamic Religious Council of Singapore (MUIS) had stated last month that this year's Haj plans for 900 local Muslim pilgrims will be deferred to 2021 in light of the ongoing COVID-19 pandemic. The pilgrims registered to perform their Haj this year will be automatically rescheduled to perform the pilgrimage next year instead, MUIS had added.

The decision will be a blow to individuals and families, all over the globe, who save up and plan to perform the pilgrimage months if not years in advance and will hit Saudi Arabia economically too.

In the past, the haj has been canceled multiple times due to war and disease. But since Napoleon Bonaparte’s military campaign in Egypt and Syria in 1978 and after the founding of the modern kingdom of Saudi Arabia 88 years ago, it has never been so severely affected.

Earlier this year the Saudi government had halted umrah, a shorter form of pilgrimage that can be taken any time of year, and Mecca itself was under lockdown for months. It was only a few days ago that Saudi Arabia ended night-time coronavirus curfew across the kingdom and lifted restrictions on businesses, cinemas and other entertainment venues.

Saudi Arabia has reported over 161,000 cases of coronavirus and the number of deaths has surpassed 1,300.