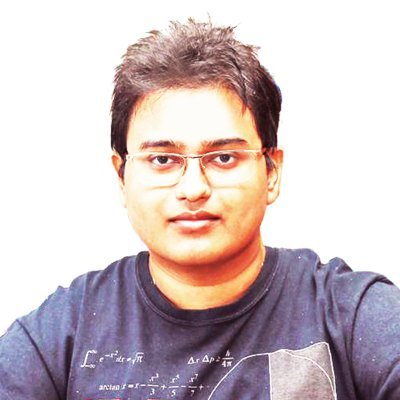 Pritvik was the only person picked from the UAE. Photo courtesy: Twitter/@PritvikSinhadc

Tens of thousands of pupils from around the world applied for a scholarship.

The Indian teenager sent off his 100-page form from his hospital bed, including a dissertation looking at the chemical signatures of mass extinctions.

As part of the programme, the Dubai College pupil will receive access to a lifetime of benefits, including a scholarship to a university of his choice, mentorship and potential funding for future ventures.

“I only found out on Monday and my mind was blown,” Pritvik told media outlets.

“My grandmother has been in ICU for some time so it was really uplifting news during a difficult time. She was thrilled and I think it gave her a boost too.”

Pritvik was the only person picked from the UAE.

The winners, who hail from 42 countries, were selected after a rigorous process. The application stage opened in November 2020 and the eight-month selection process included peer reviews, live evaluations and an interview with an expert panel.

Born with 50 per cent renal function, Pritvik’s health took a downturn last year and he was told he required an urgent kidney transplant.

As his condition worsened and his parents struggled to get the treatment covered under his medical insurance, Sheikh Mohammed bin Rashid, Vice President and Ruler of Dubai, stepped in to offer support.

Within days, the teen underwent surgery at Al Jalila Children’s Hospital, with his father as his donor. He has since made a good recovery, thanks to the intervention from Sheikh Mohammed.

“I submitted all the Rise application documents from the ICU last year, so I try not to let my health stop my future vision,” he said.