T minus less than 12 hours till the UAE Mars Hope Probe lift-off!

UAE is on the brink of joining an elite club of countries who have launched interplanetary exploration missions - if tomorrow’s weather doesn’t rain on its parade, literally.

The UAE’s Mars Hope Probe (Al Amal in Arabic) will lift off atop a Japanese rocket on its journey to the Red Planet on July 15 at exactly 12:51:27AM (UAE time) from Japan’s Tanegashima Space Centre in Kagoshima Prefecture, southwestern Japan.

The final decision on the lift-off will be made today, reports said, as intermittent lightning and rain is expected at the site of the lift-off, on Tanegashima Island in Japan. 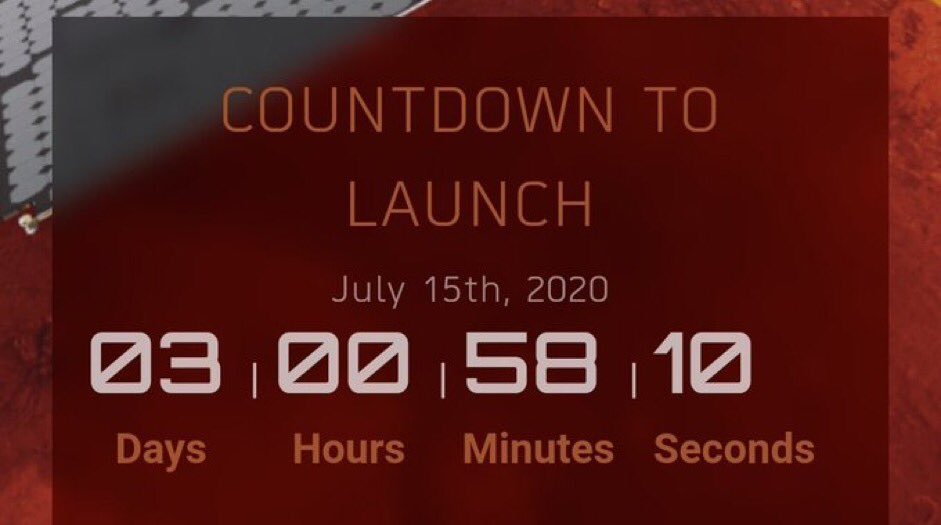 The scheduled launch date marks the beginning of the biennial window of time from mid-July to early August, when Earth and Mars are closest to each other. If for any reason, the launch cannot be attempted within this window, the mission would have to wait two years for another launch opportunity to arise.

The Mars Hope Probe will be carried aboard a Mitsubishi Heavy Industries’ (MHI) H-IIA rocket.

Objective of the probe 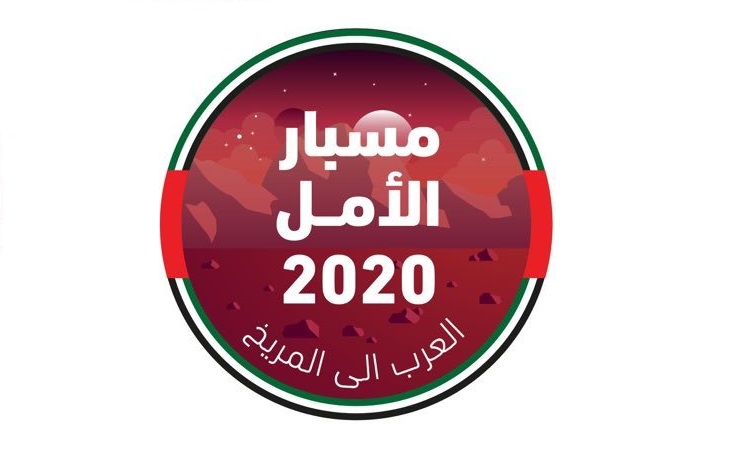 It will be the first probe to provide a complete picture of the Martian atmosphere and its layers when it reaches the red planet's orbit after completing a 495 million kilometre journey.

It hopes to search for signs of extraterrestrial life on the red planet, alongside probes from the USA and China. It will also study how the upper atmosphere of Mars is affected by its lower atmosphere. 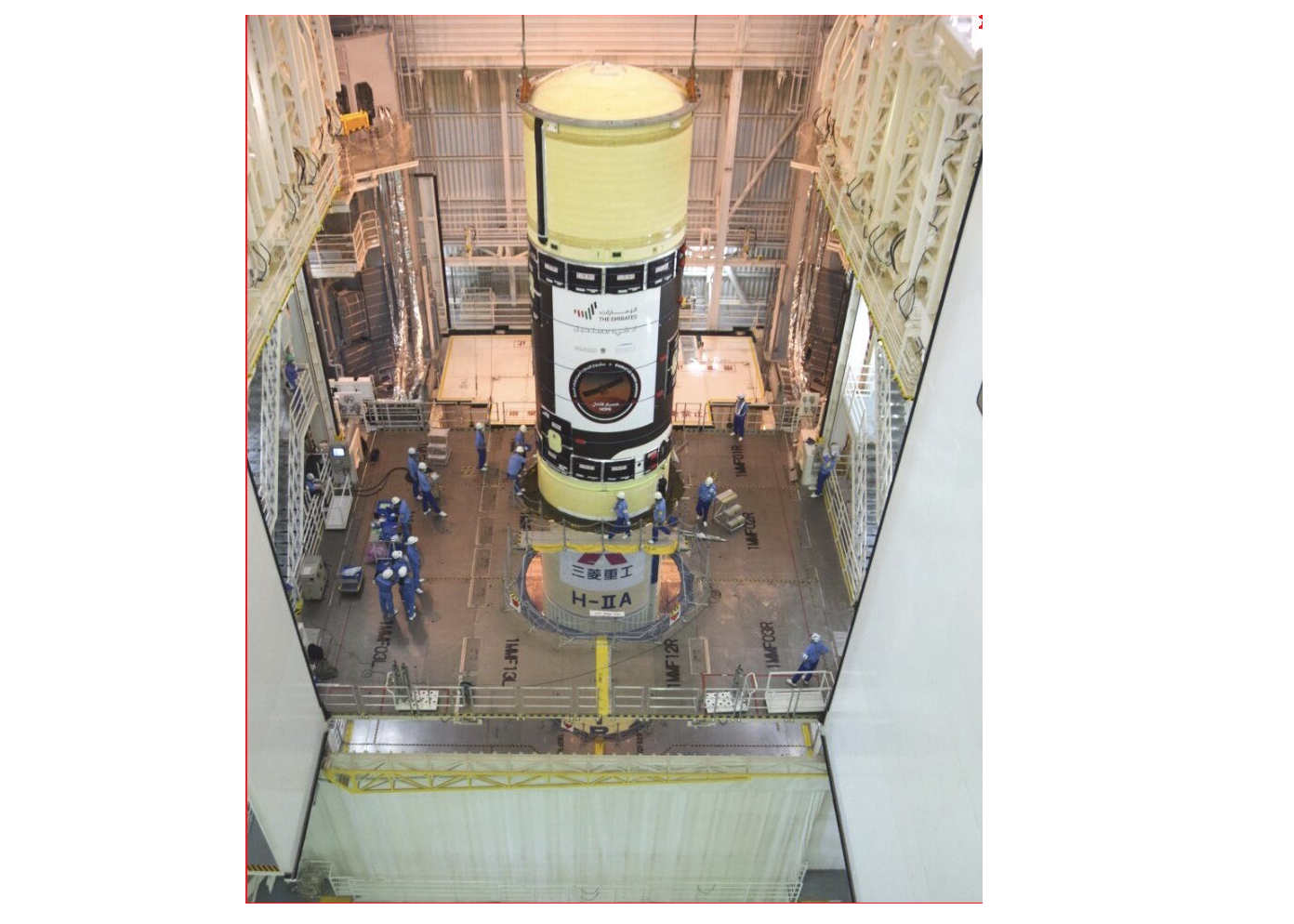 It is anticipated to enter Mars’ orbit in 2021 February coinciding with the UAE’s golden jubilee celebrations, marking the historic union of the emirates.

The countdown for the blastoff is itself expected to create history as it will be done in Arabic and #FirstArabicCountdown has started trending on Twitter.

With a voice that will make history, the Hope Probe to Mars, will be launched with the #FirstArabicCountdown ever. Join the UAE on July 15, 2020 for this historic moment. https://t.co/aB4KfdRqcH pic.twitter.com/IQ3APJzC3z

Landmarks in Abu Dhabi lit up with a display of an animated video showing the launch process that will take the Hope Probe to space.

With the #FirstArabicCountdown in space exploration's history #AbuDhabi's iconic buildings light up in preparation for the #HopeProbe to Mars on 15 July 2020 pic.twitter.com/zEOLIDhg6r

The iconic Burj Khalifa too lit up with a countdown for the Hope probe launch. 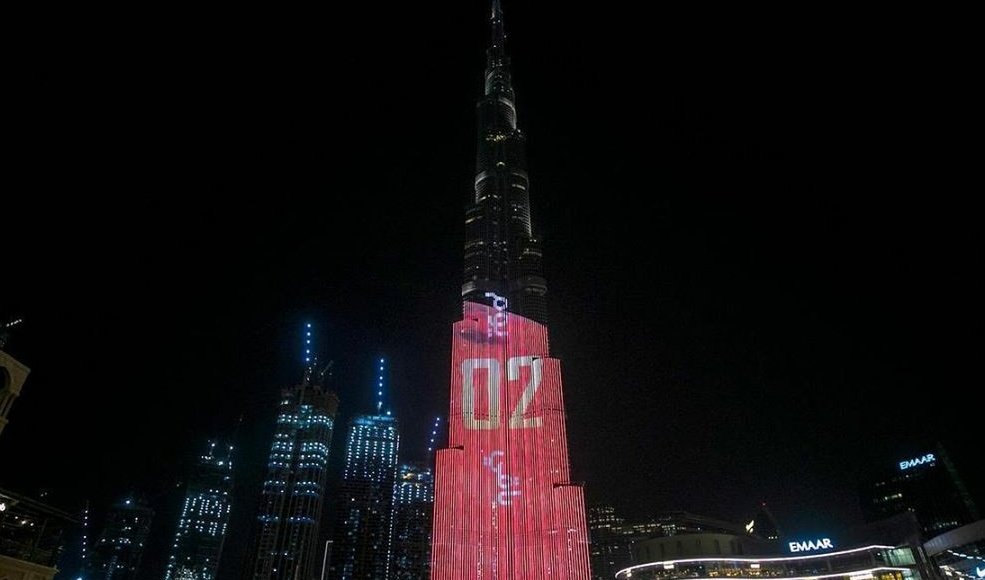 The iconic Burj Khalifa too lit up with a countdown for the Hope probe launch. Photo Courtesy: Twitter

The UAE government, leaders, embassies  and many Emiratis worldwide have changed their Twitter profile photos to 'Hope Probe 2020, Arabs to Mars' as a show of support for the historic mission, including Sheikh Mohammed bin Rashid Al Maktoum, Vice-President and Prime Minister of the UAE and Ruler of Dubai.

Space is the gateway to Science .. and Science is the driver to future Economy.. pic.twitter.com/Hj30qJQ1dL

The UAE successfully built the probe in the six years after it was first announced. Stringent health procedures were followed to safeguard the health and safety of the team that accompanied the probe on its journey to Japan  during the COVID-19 pandemic.

Transport from Dubai to Japan

The countdown to the launch began last month after the probe’s successful transfer from the UAE to Japan, in a journey that spanned more than 83 hours by land, air and sea.

The three stages involved a 16 hours transportation of the probe from the Mohammed Bin Rashid Space Center to Dubai’s Al Maktoum International Airport, an 11-hour transfer from Al Maktoum International Airport in Dubai to Nagoya Airport in Japan that included loading into the giant ‘Antonov 12’ plane - the largest cargo plane in the world, followed by transfer from Nagoya Airport to the launch site on Tanegashima Island by ship. 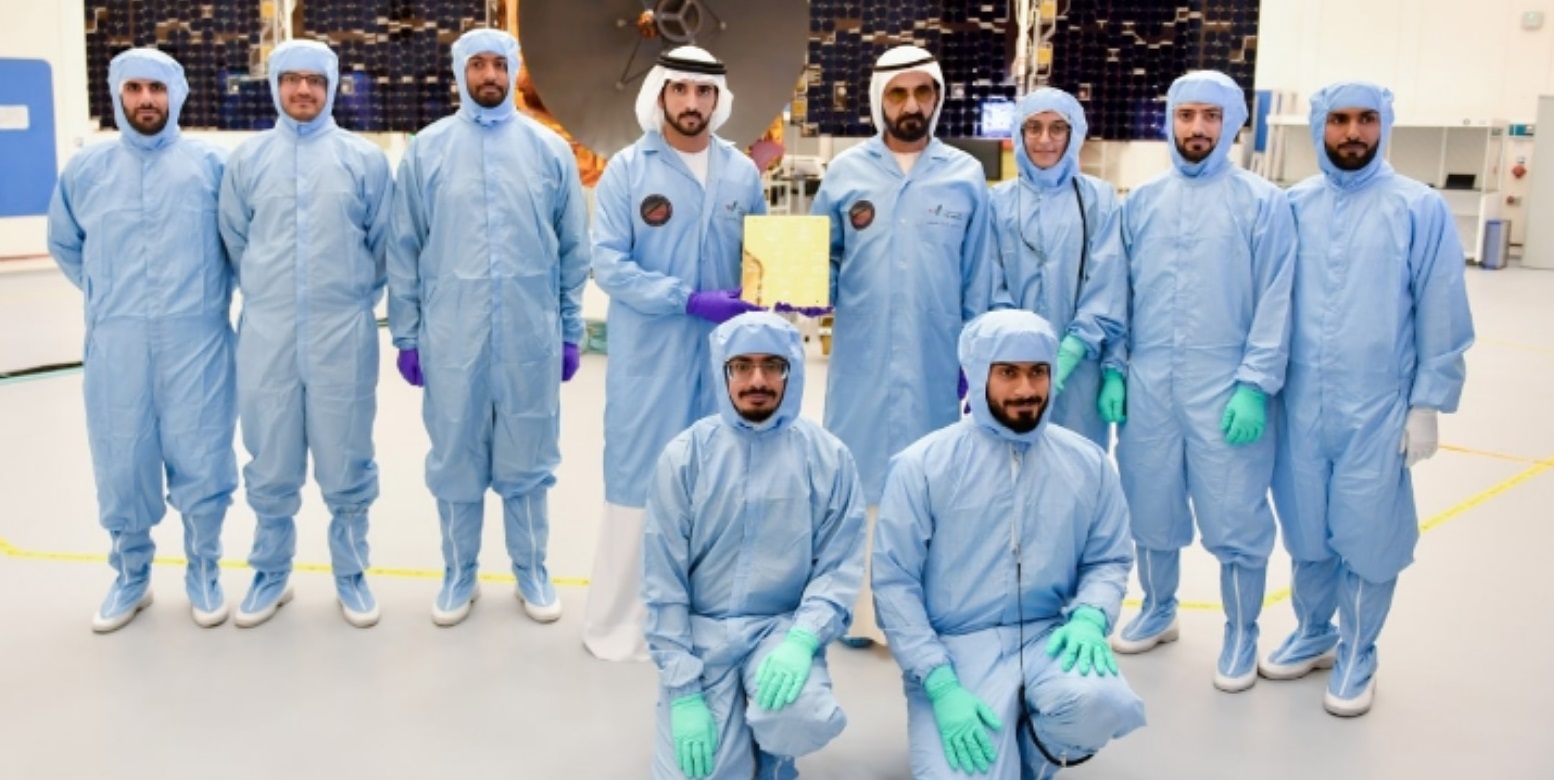 .The launch is the culmination of efforts of a large team of young Emirati, comprising 200 engineers, experts and researchers. Photo Courtesy: Twitter

The launch is the culmination of the efforts of a large team of young Emirati, comprising 200 engineers, experts and researchers, who over the past six years ensured that all scientific and logistical preparations to control the Probe mission were completed.

You can watch the live streaming of the launch, starting at midnight UAE time [20:00 GMT] on Tuesday at this weblink.