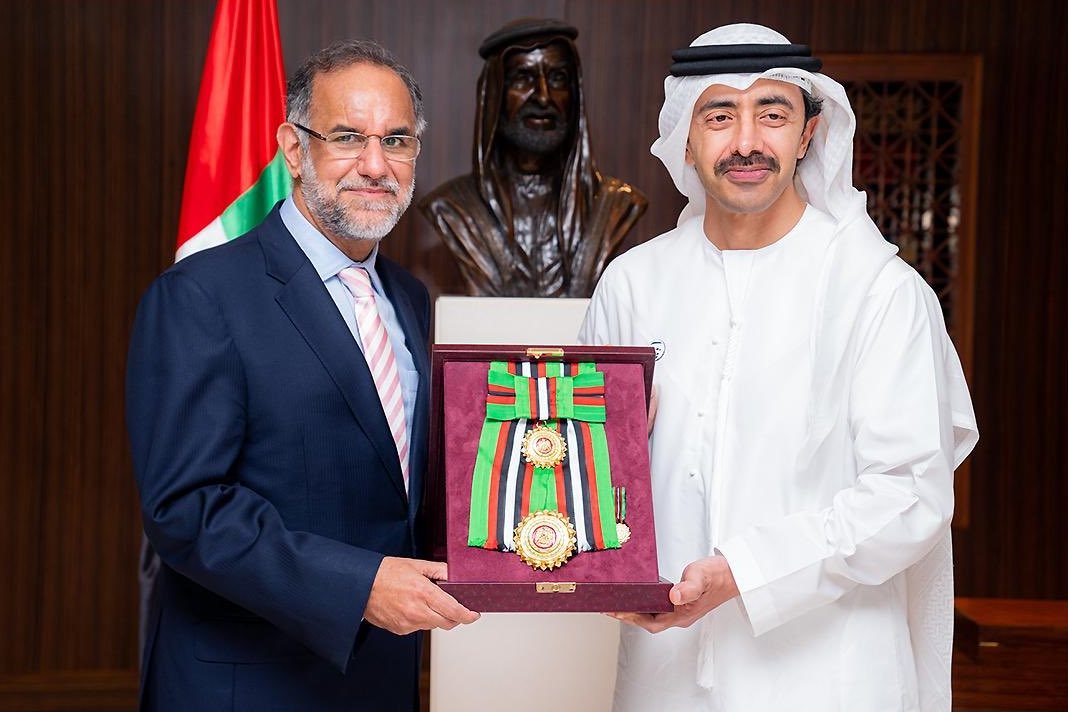 United Arab Emirates President Sheikh Khalifa bin Zayed Al Nahyan has conferred the prestigious First Class Order of Zayed II on outgoing Indian Ambassador Navdeep Singh Suri. The honour was given to him in recognition of his efforts and his contribution to the development and strengthening of relations and cooperation between India and the UAE.

"I had gone to H.H Sheikh Abdullah Bin Zayed Al Nahyan, minister of foreign affairs and international cooperation, for a farewell call and I was greeted with this amazing surprise," the Indian envoy told the Emirates News Agency, WAM, on Wednesday evening.

Suri has been heading the Indian mission in the UAE since October 2016 during which Indian Prime Minister Narendra Modi visited twice. Suri will be succeeded by Pavan Kapoor as the next ambassador.