A Non-Resident Indian (NRI) businessman based in United Arab Emirates and Chairman of Lulu Group, MA Yusuffali has beaten US President Donald Trump in terms of accumulated wealth, according to Forbes magazine’s 2018 list of billionaires. 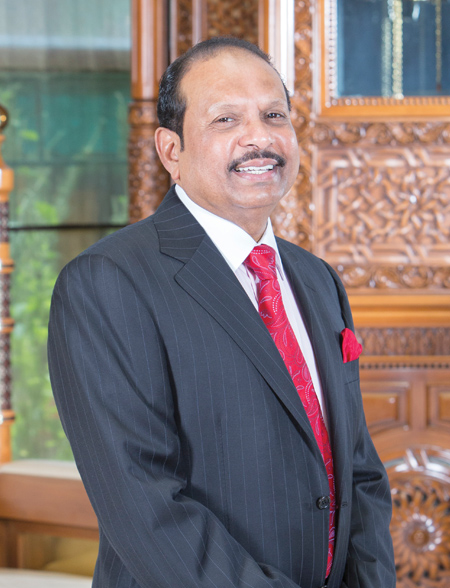 Yusuffali MA has a net worth of USD5 billion. Photo courtesy: yusuffali.com

Yusuffali has a net worth of USD5 billion. He is ranked 388 in the Forbes list and is the 19th richest man in India and the richest Malyali, said Forbes.

The ranking of Donald Trump has fallen to 766th place from 544th in the previous edition. His estimated wealth is USD3.1 billion, which is USD400 million less than a year ago.

There are now a record 2,208 billionaires in the world, Forbes counted, and their combined worth is USD9.1 trillion, up by 18 percent from last year.

India has 121 billionaires - 19 more than last year - making them the third largest group of the ultra-rich after those from the US and China.

Mukesh Ambani, the energy and petrochemicals magnate, who keeps his standing as the richest Indian, is richer by USD16.9 billion in 2018 with assets valued at USD40.1 billion.