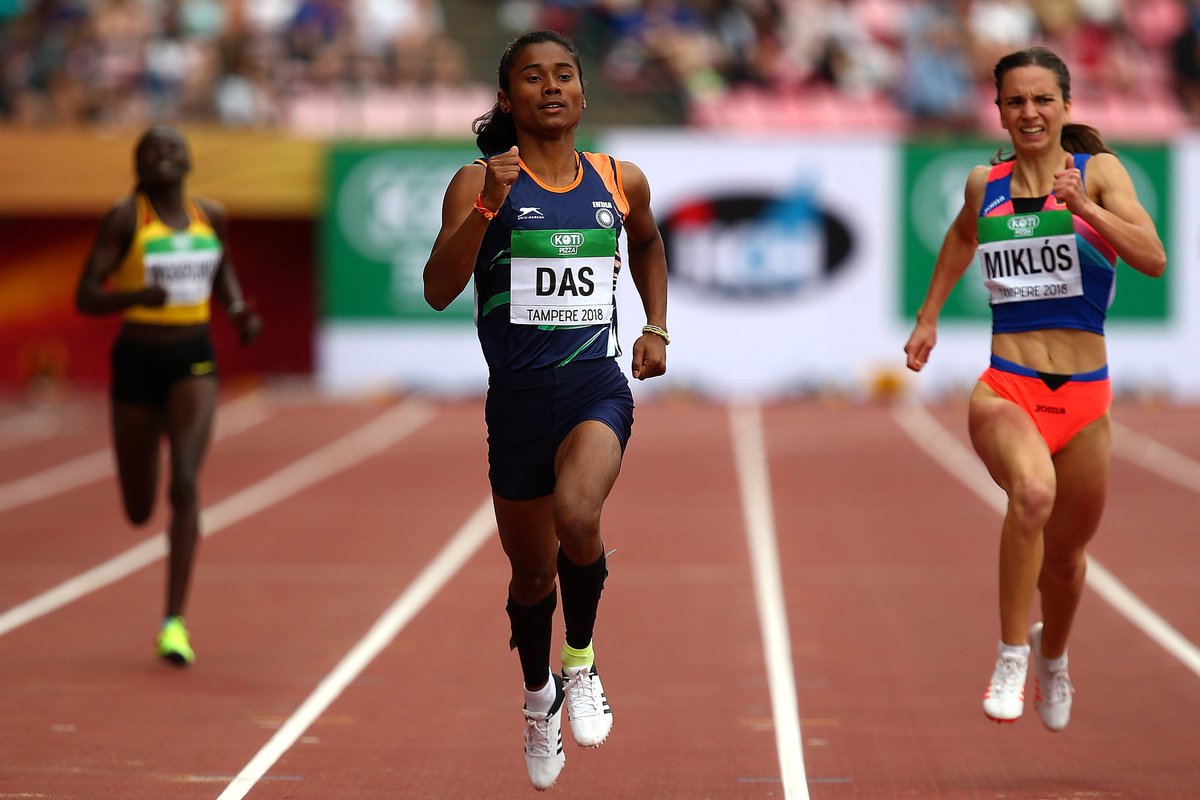 Das was the favourite to win gold as she is the U-20 season leader in this quarter-mile event. Photo courtesy: Twitter

​Hima recorded a time of 51.46 seconds in the 400m race. She now joins javelin thrower Neeraj Chopra, who won a gold in Poland in the last edition in 2016 in a world record effort.

"I am very happy to win the gold in the World Junior championships. I want to thank all the Indians back home and also those who were here cheering me. It was very encouraging to have this kind of support," she said after the race.

Das was the favourite to win gold as she is the U-20 season leader in this quarter-mile event. Her rise has been nothing less than meteoric as she took up serious running only last year.

Das had earlier clocked an Indian U-20 record of 51.32 seconds to finish sixth in the Commonwealth Games 400m final in Gold Coast in April. She lowered the Indian U-20 record in 400m to 51.13 seconds while winning gold in the recent National Inter State Championships in Guwahati.

Congratulations to our sensational sprint star Hima Das for winning the 400m gold in the World Under-20 Championship. This is India’s first ever track gold in a World Championship. A very proud moment for Assam and India, Hima; now the Olympic podium beckons! #PresidentKovind

Hima Das creates history by winning Gold medal in 400m of World U20 Championships. She is 1st Indian athlete to win Gold in track event of U-20 World Championships. You have made 🇮🇳 proud. #NariShakti

Felicitations poured in from all over India, with President Ram Nath Kovind, Union Minister Rajyavardhan Singh Rathore, Virender Sehwag among those expressing their congratulations on social media.

Athletics Federation of India president Adille Sumariwalla said, "Very proud of Hima for creating history. It is one of the proudest moments of my life and for Indian athletics. Congratulations to Hima and her coaches, the government and

SAI for their support to AFI.”