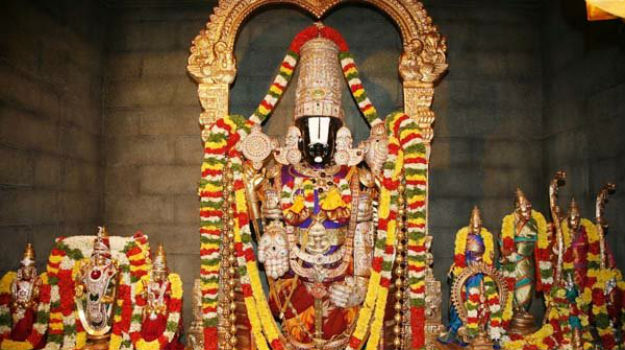 The NRI devotees, originally hailing from Andhra Pradesh, made the donation as a fulfilment of their vow, a temple official said.

While one of them, Ika Ravi had made an online donation of INR10 crore to the e-Hundi of Lord Venkateswara from his US account, Srinivas Guttikonda personally handed over the donation of INR3.5 crore through a Demand Draft to the temple, Public Relations Officer of Tirumala Tirupati Devasthanams (TTD) T Ravi told.

The offerings were made in the presence of TTD Chairman Putta Sudhakara Yadav, Andhra Pradesh Industries Minister N Amaranatha Reddy and other officials at the hill temple this morning, he said.

Guttikonda also requested the TTD to utilise his offering for about half-a-dozen TTD-run public welfare trusts, including pilgrim Free Meals, a hospital and a children's orphanage in Tirupati, the official added.