Indian-origin MPs Priti Patel and Suella Braverman are among a steadfast group of hard-Brexiteers within Theresa May’s Conservative Party that continues to stand in the way of her EU exit deal bill as the UK Prime Minister faced yet another bruising defeat in Parliament. 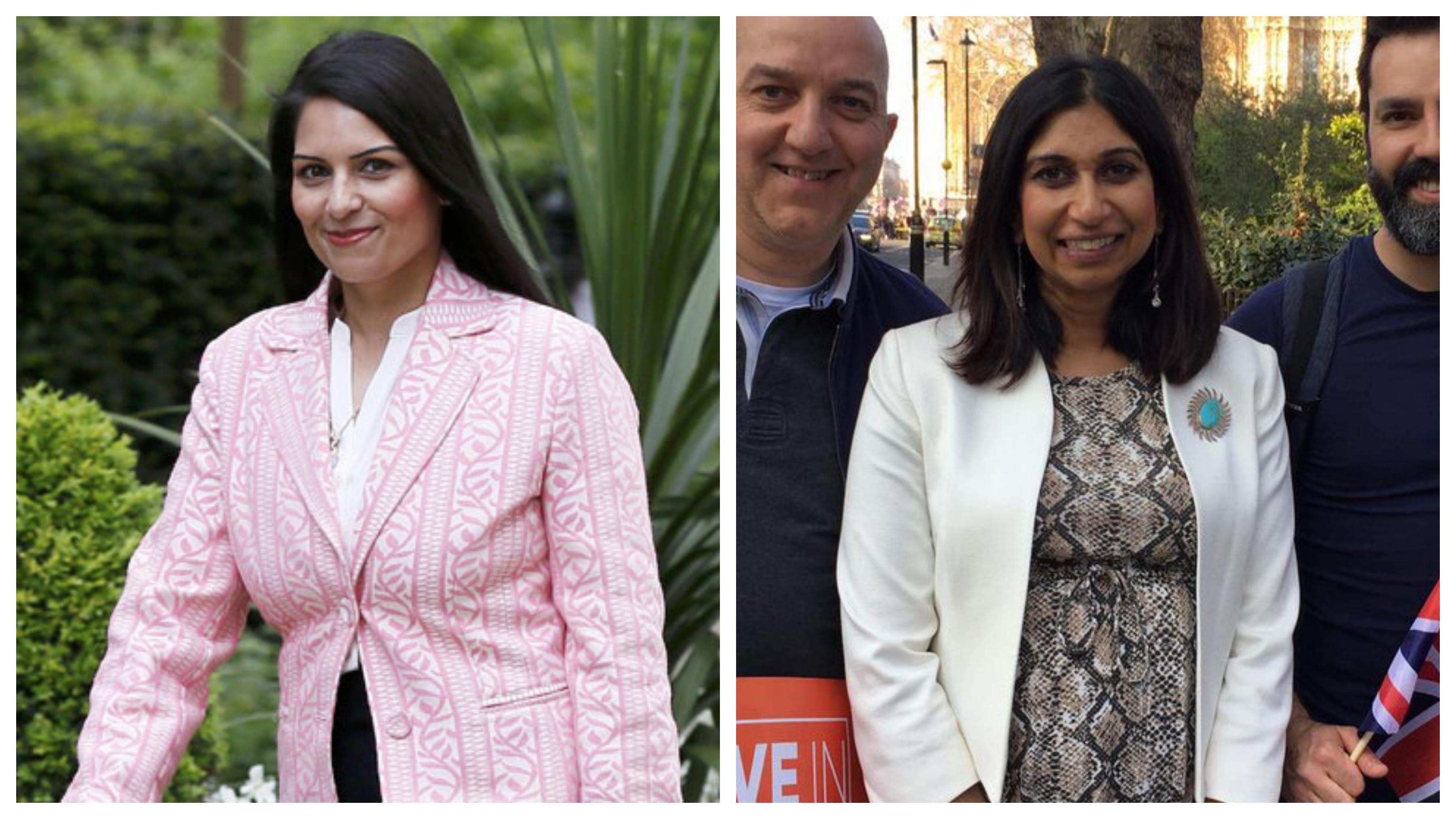 Indian-origin MPs Priti Patel (left) and Suella Braverman are among a steadfast group of hard-Brexiteer Conservatives holding out against the deal negotiated by the Theresa May government with the EU. Photo courtesy: Twitter

As the UK crossed the initial Brexit Day deadline of March 29, the voting pattern for a third parliamentary vote on May’s withdrawal agreement reveals that she was able to win over a number of high-profile Brexiteers, including Boris Johnson and Jacob Rees-Mogg, but it did not prove enough in the end as she lost last Friday’s vote by a margin of 58.

Gujarati-origin Patel has remained vehement in her opposition to the agreement because she believes it is “not in our national interest, does not respect the referendum result and is harmful to the long-term future of our country”.

Goan-origin Suella Braverman, who had stepped down as a minister in the department for exiting the European Union last November, has been equally strongly opposed to the deal, which she feels is “fatally flawed”.

They are both members of the Brexiteer wing of the Tory party, the European Research Group, and have been very vocal in favour of leaving the EU ever since campaigning for the June 2016 Brexit referendum.

While some members have since been swayed to back May after her promise to step down as the Prime Minister for the next phase of Brexit negotiations, Patel and Braverman make up a group of 34 Tory rebels – some remainers but mostly Brexiteers – who are firmly opposed to the deal and are likely to oppose even a fourth vote now being planned.

Braverman took to Twitter on the original deadline, calling it a "sad day".

Sad day. We should have been leaving the EU today.

The Withdrawal Agreement isn’t Brexit & this deal hasn’t changed since I resigned as Brexit Minister. I voted against it for the 3rd time today. Thank you for the support from those who are passionate about leaving the EU.

“The implications of the House’s decision are grave. The legal default now is that the United Kingdom is due to leave the European Union on April 12. In just 14 days’ time,” May told the Commons moments after yet another 344-286 vote crushing defeat for her deal.

The main stumbling block revolves around the central concern of a controversial Irish backstop clause keeping the UK too closely aligned to the EU even after Brexit.

The EU agreed to an extension to the March 29 deadline on the condition that the UK must pass May’s withdrawal agreement by that date so that it could be given until May 22 to finalise its exit under those terms.

Now that such a deal has failed to clear the Commons hurdle yet again, the UK has until April 12 to go back to the EU with credible alternatives or risk a chaotic no-deal exit from the 28-member economic bloc by that date.

May is set to return to Brussels for an emergency European Council summit on April 10, when she could seek a longer delay but that would entail Britain contesting the European Parliament elections on May 23.

May’s latest defeat has raised the probability of a snap general election further, even as she continues to work on garnering enough backing for a possible fourth vote on her EU divorce bill, already defeated three times since January albeit with smaller margins each time.