Two Indian origin journalists are among the winners of the Pulitzer Prizes for the year 2021. Megha Rajagopalan, a journalist working for BuzzFeed News, and Neil Bedi from Tampa Bay Times have bagged these awards under the international reporting and local reporting categories respectively. 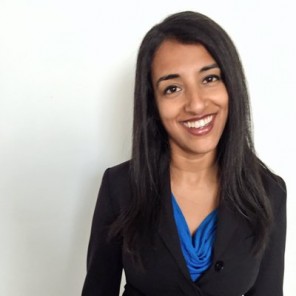 Megha has been a staff correspondent for BuzzFeed News based in China and Thailand. Photo courtesy: pulitzer.org

Rajagopalan, an Indian-origin journalist based in London, won the prize along with with Alison Killing and Christo Buschek for a series exposing the scale of the internment of Uighur Muslims in China’s Xinjiang region.

Tampa Bay Times’ Neil Bedi won for local reporting. Bedi, along with Kathleen McGrory, has been awarded the prize for the series exposing a Sheriff’s Office initiative that used computer modelling to identify people believed to be future crime suspects. About 1,000 people were monitored under the programme, including children.

In 2017, not long after China began to detain thousands of Muslims in Xinjiang, Rajagopalan was the first to visit an internment camp — at a time when China denied that such places existed, BuzzFeed News said.

“In response, the government tried to silence her, revoking her visa and ejecting her from the country,” BuzzFeed News wrote in its entry for the prize.

“It would go on to cut off access to the entire region for most Westerners and stymie journalists. The release of basic facts about detainees slowed to a trickle.”

Working from London, and refusing to be silenced, Rajagopalan partnered with two contributors, Alison Killing, a licensed architect who specialises in forensic analysis of architecture and satellite images of buildings, and Christo Buschek, a programmer who builds tools tailored for data journalists.

Megha has been a staff correspondent for BuzzFeed News based in China and Thailand as well as in Israel and the Palestinian territories, and before that she was a political correspondent for Reuters in China. She has reported from 23 countries in Asia and the Middle East on stories ranging from the North Korean nuclear crisis to the peace process in Afghanistan.

Pulitzer prizes are awarded yearly in twenty-one categories. In twenty of the categories, each winner receives a certificate and a USD 15,000 cash award. The winner in the public service category is awarded a gold medal.