Two gangsters allegedly involved in the murder of singer Sidhu Moosewala were killed in a nearly four-hour-long encounter with the Punjab Police at an Amritsar village last week, an officer said. 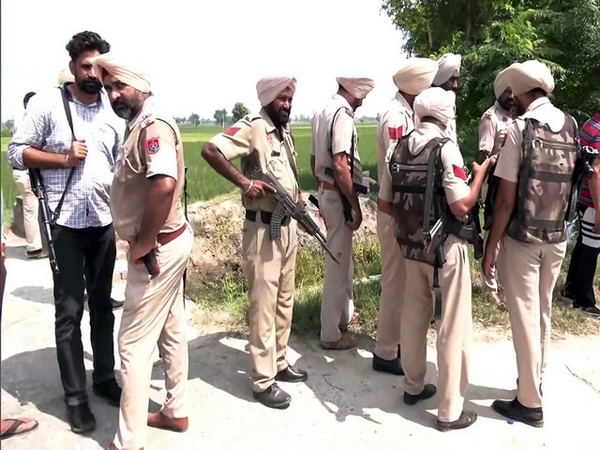 Roopa and Kusa hid themselves in a building at Bhakna village near the India-Pakistan border in Amritsar. Photo courtesy: Twitter/@ani_digital

Three policemen and a journalist were also injured, said police.

Gangsters Jagroop Singh Rupa and Manpreet Singh, alias Manu Kusa, were killed in the operation that lasted for around five hours and ended around 4 pm, Additional Director General of Police Pramod Ban told reporters in Amritsar.

"Both died in a heavy exchange of fire," he added.

Ban, who heads the Anti-Gangster Task Force (AGTF) of the Punjab Police, said an AK-47 and a pistol have been recovered from the gangsters. A bag has also been recovered but it will be examined by a forensic team, the ADGP added.

“Congratulations to the Punjab Police and the Anti-gangster Task Force for their big success in a campaign started by my government against the gangster culture and anti-social elements," said Mann in a tweet.

He said peace and brotherhood in Punjab will be maintained at all costs.

Roopa and Kusa hid themselves in a building at Bhakna village near the India-Pakistan border in Amritsar. Both the gangsters were at large after the killing of the singer.

The area was cordoned off and the locals told to stay indoors, said police.