United States President Donald Trump played down the COVID-19 pandemic again, comparing it to the flu in a tweet yesterday, and Twitter responded by putting a warning label on the tweet, saying the post included potentially misleading information. 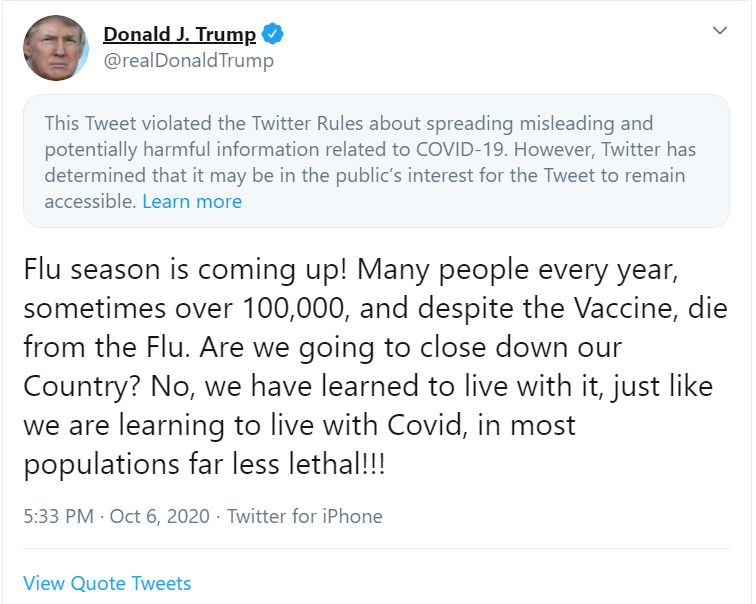 "Flu season is coming up! Many people every year, sometimes over 100,000, and despite the Vaccine, die from the Flu. Are we going to close down our Country? No, we have learned to live with it, just like we are learning to live with Covid, in most populations far less lethal!!!" Trump had tweeted.

Earlier in the day, CNN reported that Facebook had removed a similar post by Trump as misleading comparisons between the flu and Covid-19 caught widespread attention across the internet.

During the 2019-2020 influenza season, the flu was associated with 22,000 deaths, according to US Centers for Disease Control and Prevention estimates.