It seems that higher powers were smiling on an Indian expat who was on a pilgrimage tour to Shirdi in India as he won an incredible AED10 million at the Big Ticket raffle; that too on his birthday. 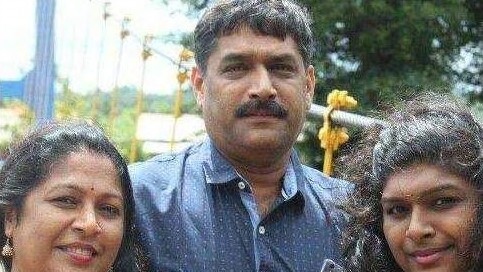 The Abu Dhabi-based Indian expat couldn't be reached over the phone and organisers of Big Ticket launched a video campaign to track him down this morning.

In addition to this, Hashtag #FindRavi was launched on social media to trace him. Richard, the man who conducts the raffle at Abu Dhabi airport, made a special appeal to find out Ravi's whereabouts.

His friends and family in the UAE, who helped the raffle company get in touch, said that Ravi, who has been working in the UAE for 30 years, is currently in India and is on a pilgrimage tour. He is scheduled to return to Abu Dhabi on April 27.

While awaiting his return, Big Ticket shared Ravi's thoughts on winning the raffle.

In a post on Instagram, Big Ticket congratulated Ravi and shared the story of how he has continued to participate in the raffle for almost 18 years. In those 18 years, Ravi has entered the raffle over a hundred times!

#BigTicketAbuDhabi #FindRavi Help us find Ravi! He has won 10 million dirhams from Big Ticket and he doesn’t know! We believe he is currently in India. Please share and help us find Ravi!

Ravi said that he was on his way to a temple when his friends called him to share the amazing news. "My friends called me saying they got a call from my daughter that I am the winner," he said. Ravi sees the win as a blessing because it was also his birthday.