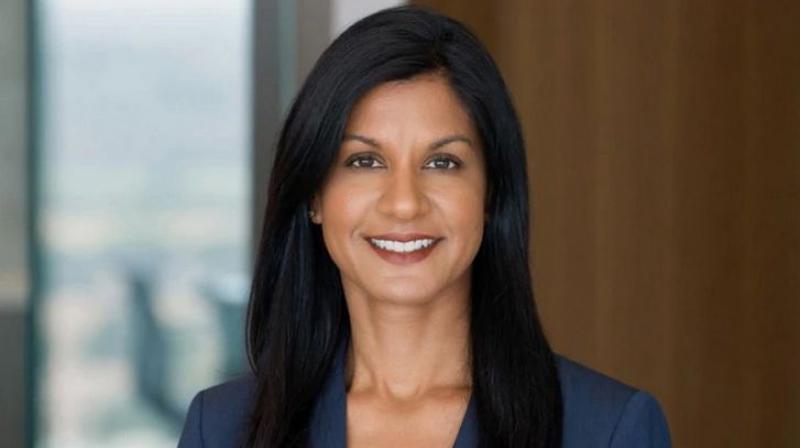 Matthews is the sixth Indian-American nominated to the federal judiciary at various levels by Trump during his tenure. Photo courtesy: Twitter/@JonesDay

Her nomination was announced by the White House and her appointment has to be approved by the Senate.

Matthews is the sixth Indian-American nominated to the federal judiciary at various levels by Trump during his tenure.

South Asia Bar Association (SABA) President Aneesh called it "a historic nomination" and urged "the Senate to quickly confirm her, adding another deserving South Asian voice to the judiciary."

Matthews is a partner with the elite law firm Jones Day, where she specialises in white-collar crimes. She has also been an assistant federal prosecutor in California, serving as the coordinator for criminal healthcare fraud cases.

Earlier, another nominee of Indian origin Neomi Rao rose to prominence after Trump named her to the federal appeals court in Washington to succeed Brett Kavanaugh, who was elevated to the Supreme Court.

Other Indian-origin jurists who have been nominated include Amul Thapar to an appeals court in Ohio that has jurisdiction over four states and federal court nominee J Nicholas Ranjan, both of whom received Senate confirmation as well as Diane Gujarati and Anuraag Singhal who are awaiting Senate action for federal judgeships.