US President Donald Trump and Prime Minister Narendra Modi get “along so well” and the two countries are partnering in defence, trade and other sectors, said Nikki Haley, American former envoy to United Nations. 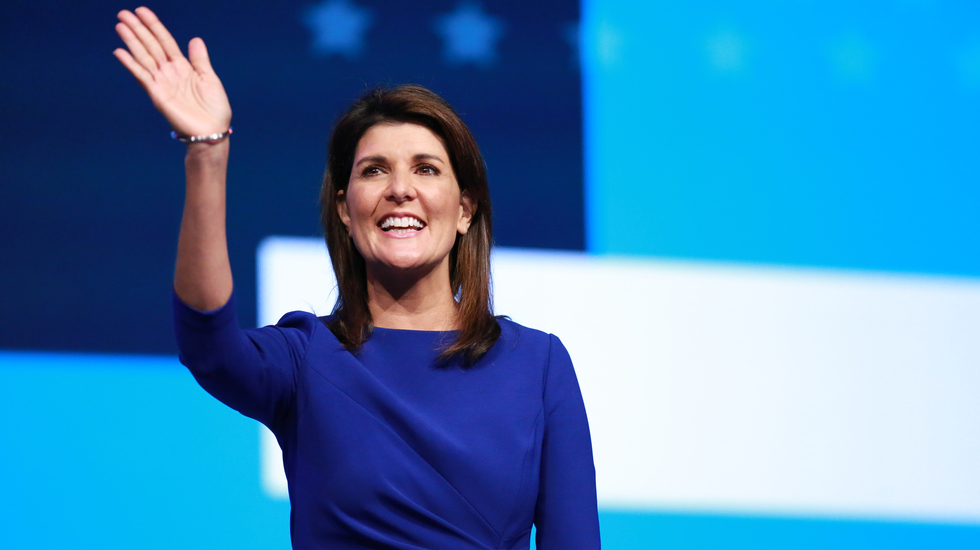 Haley, the two-term governor of South Carolina, was the first Cabinet-ranking Indian-American in any presidential administration. She is now campaigning for Trump ahead of the US election. Photo courtesy: WSB

Speaking during an event, Haley, an Indian-American Republican politician, said in the aftermath of the coronavirus, there is more of a coalition that the United States is bringing in India along with Australia and Japan.

“...The relationship with India has never been stronger ever. India is the largest democracy that shares our values. And President Trump and Prime Minister Modi get along so well. But now we are actually partnering with them on defense and trade and other areas,” she said at a fireside chat event organised by the Indian Voices for Trump in the battleground state of Philadelphia.

“And with COVID-19 coming from China. There’s more of a coalition that the United States is bringing in India, along with Australia and Japan. And so, really, the foreign policy of President Trump has been gangbusters over any other president that we have had in decades, and that affects every one of us from national security,” she added.

Haley, the two-term governor of South Carolina, was the first Cabinet-ranking Indian-American in any presidential administration. She is now campaigning for Trump ahead of the US election.

Haley, the former US Ambassador to the UN, said President Trump has “put China on notice”.

“He has made sure that they know that they can not turn around and steal intellectual property. They cannot go and spy on our universities, and that we are going to hold them accountable as we go forward,” she added.