Trump appoints Indian-American as US Ambassador to Peru

US President Donald Trump has appointed Indian-American Krishna R Urs as the new US Ambassador to Peru. 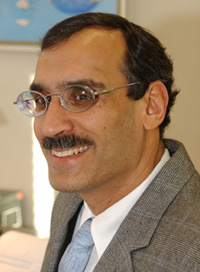 A career service American diplomat since 1986, Urs is currently Charge d'Affaires of the US Embassy in Madrid, Spain, where he was also the Deputy Chief of Mission.

During his three decades of State Department service, Urs has specialised in economic issues and developed extensive policy experience about the Andean region of South America. He has served at seven US embassies as well in senior leadership positions in Washington, DC, a media release said.

Previously, Urs served as the Deputy Assistant Secretary for Transportation Affairs and Chief US Government Aviation Negotiator at the Department of State from November 2010 until June 2014.

He has also served as Director of the Office of Aviation Negotiations in the Bureau of Economic, Energy and Business Affairs in the Department of State, Charge d'Affaires, at the US Embassy in La Paz, Bolivia, Deputy Chief of Mission at the same embassy, Director of the Office of Economic Policy and Summit Coordination in the Bureau of Western Hemisphere Affairs at the Department of State.

Urs earned his MS from the University of Texas and a BS from Georgetown University. He speaks fluent Spanish as well as some Hindi and Telugu.