Two men have been jailed for life after being found guilty of the murder of 74-year-old Indian-origin Leicester jeweller Ramniklal Jogiya. 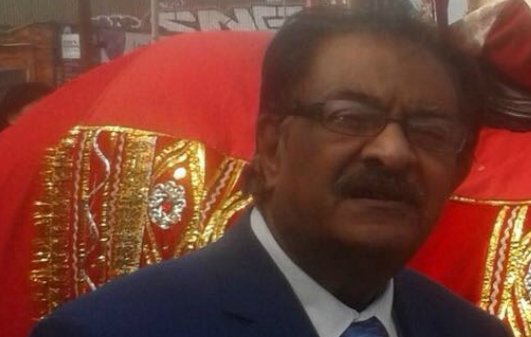 The gang had hoped to access the safe at Jogiya's shop but were left empty-handed because of a time delay feature. Photo courtesy: Twitter/@CapitalEMNews

Jogiya was bundled into a van and tortured in a plot to steal almost 200,000 pounds worth of gold jewellery in January this year.

Callan Reeve, 20, who was found guilty of Mr Jogiya’s manslaughter, was sentenced to 16 years in prison at the Birmingham Crown Court hearing.

The gang had hoped to access the safe at Jogiya's shop but were left empty-handed because of a time delay feature which meant it could not be opened for 12 hours.

Mr Jogiya was probably still alive when the men dumped him from the van near an isolated location near Leicester Airport, the jury heard.

He could not call anyone for help as the gang had thrown away his phone.

Jailing the men, Justice Martin Spencer said: "One can only imagine the terror that poor man went through in the back of the van as the information required was tortured out of him."

"He was then dumped by the side of the road in the Leicestershire countryside and left to die," Justice Spencer said.

"This was a cowardly, cruel and callous crime committed by men motivated by greed and self-interest with no respect for human life," he said.

Ramniklal Jogiya was beaten on the head, causing a bleed on the brain and traumatic brain injury during the kidnapping.

He was handled with such force that one of his biceps was ripped away from the bone, six of his ribs on the left side were broken and he had multiple injuries to his hands and fingers.

The judge said he had been severely beaten, with evidence of being shot with a BB gun, shackled with cable ties and cut with a knife, before being dumped.

In a statement, Mr Jogiya's family said the jeweller had been "cruelly taken away from us while he was all alone and helpless".

Jervis, Mcauley and Reeve admitted kidnapping and robbery and were sentenced to 12 years for those offences, to be served concurrently.

Reeve was found not guilty of murder but convicted of manslaughter after the five-week trial, the report said.