Trade, infrastructure on the agenda on Day 2 of India-Singapore business summit

Finance, infrastructure development and macro-economics were on the agenda for the second day of the ‘India-Singapore: The Next Phase’ Business Summit in the Lion City on Tuesday.

The High Commission of India, in partnership with agencies of the Governments of India and Singapore, chambers of commerce, professional associations and innovation labs, organised a two-day Business and Innovation Summit at Marina Bay Sands Expo and Convention Centre, Singapore with two inter-related conferences: A business event and the third edition of the India-Singapore Innovation and Start-up platform – InSpreneur. 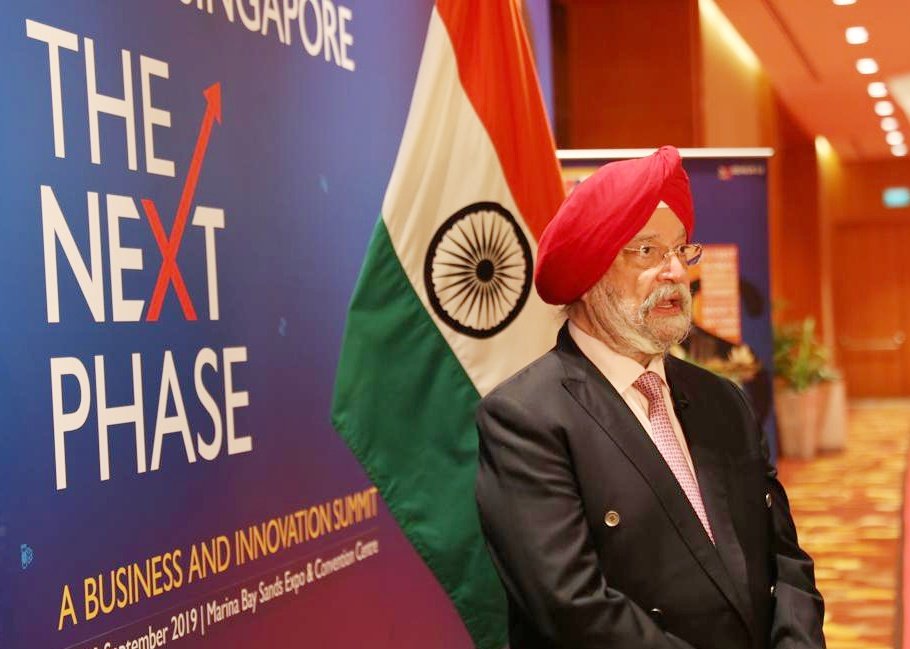 For India, Singapore has been, over the past three decades, the political, economic and intellectual bridge to South East Asia , Hardeep Singh Puri, India's Minister of State for Housing, Urban Affairs, Civil Aviation and Commerce and Industry said. Photo courtesy: Twitter/@HardeepSPuri

In his morning speech, Hardeep Singh Puri, India's Minister of State for Housing, Urban Affairs, Civil Aviation and Commerce and Industry said Singapore is a major partner for India across priority sectors - smart cities, aviation, skills development and others - in the second term of the Modi government.

"As we embark on the next phase of this government, we look to the future with higher ambitions and new opportunities for India and the world to work together. Singapore will be among our foremost partners," he said.

The second day of the summit, organised by the Indian High Commission to commemorate 100 days of Indian Prime Minister Narendra Modi's second stint in government, was devoted to discussing the growing economic linkages between the two nations, including:

Sowing the seeds of partnership in the digital age. Minister @HardeepSPuri and SMS Chee Hong Tat visit the High Commission of India’s Startup Exhibition, including 65 Indian and startups and 30 Singapore startups and incubators. Very encouraging support from Minister. pic.twitter.com/PK27LJ7Qra

"For India, Singapore has been, over the past three decades, the political, economic and intellectual bridge to South East Asia," Puri added. 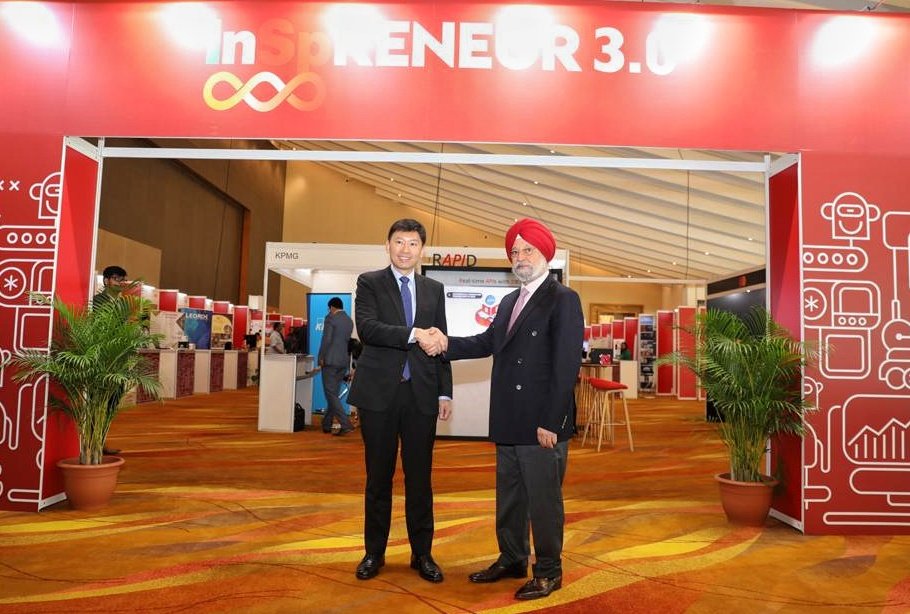 Also speaking at the summit, Singapore's Senior Minister of State for Trade and Industry and Education Chee Hong Tat noted that the two nations’ strengths complemented each other which was the reason they were able to work so well together, but more efforts had to be made to ensure economic ties continued to grow.

"It is like rowing a boat in rapid waters; if we do not row harder and move forward, we will be swept back by the fast currents," he said.

"I think it is timely for India to take further steps now to open up further and integrate more closely with other economies in the region," Chee added. "This will be essential for the next phase of India's growth and development."

He also urged the delegations from India to campaign for joining the Regional Comprehensive Economic Partnership (RCEP).

We share so much in common, as much in history as in the shared vision for the world. And, we can contribute to our region more when we do more with each other. #IndiaSingapore https://t.co/0UBSPF3swf pic.twitter.com/PimxWA527T

The proposed mega trade deal under negotiation between Asean and its six trading partners - India, China, Japan, South Korea, Australia and New Zealand - will cover 40 per cent of the world's trade flows. Indian policymakers, however, are hesitant to commit under the current terms as they feel the current trade imbalance with China would adversely affect their markets. On Monday, Indian Foreign Minister Subrahmanyam Jaishankar outlined India's reservations about the deal, flagging local manufacturers' concerns and worries.

A diverse set of panelists also discussed various opportunities of partnership and growth in the Agro, Infrastructure, Data, and Cybersecurity sectors at the summit.

A diverse set of panelist discussing various opportunities of partnership and growth in the #Agro, #Infrastructure, #Data, and #cybersecurity!

Panel discussions on Day 2 included a session on ‘Setting the future framework on Trade’, chaired by Chandrajeet Banerjee, Director General, Confederation of Indian Industry (CII), which highlighted the fact that trade between India and Singapore was even more robust in a global climate where countries were putting up barriers and restrictions to control the flow of goods and services.

Gautam Banerjee, the Singapore chairman of global investment giant Blackstone hosted a plenary session on ‘Setting the agenda for the financial sector’.

One of the major panels of the day was a two-part event focussing on ‘Building the urban future’, with two different groups discussing the real estate sector and city planning, development and urban solutions on two different tracks.