Rahul Singh and Naresh Agarwal highlight the real-life extraordinary journeys of Indians in Singapore in their book, 'Towards Ikigai'. 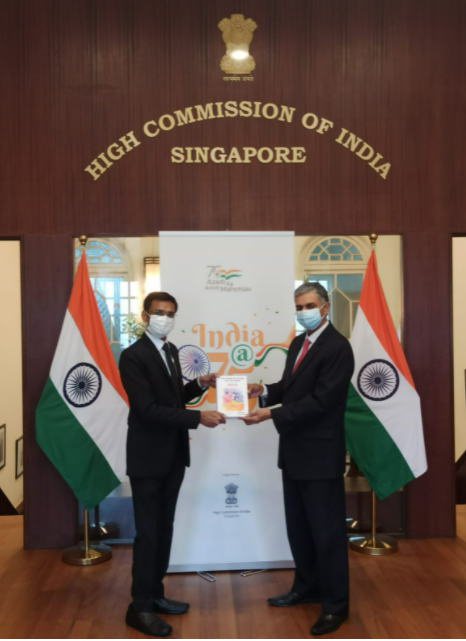 The foreword for the book has been written by the Indian High Commissioner to Singapore, HE Periasamy Kumaran. Photo courtesy: Rahul Singh

Based on the theme of ikigai, the Japanese word for finding one’s reason for being, as a starting point, the book covers the life stories of 25 teens who left India for Singapore in the 1990s and early 2000s. It expands on a subject that was covered in an article which appeared on Connected to India in 2018.

"The book brings forth real-life examples of people who are living their Ikigai. It is interesting to note how people who may have similar starting points and are academically comparable can all have very different Ikigai," the authors stated.

Each story has a similar starting point and chronicles the subject finding his own calling in dance, filmmaking, entrepreneurship, mountaineering, philanthropy, research, and even monkhood.

The foreword for the book has been written by the Indian High Commissioner to Singapore, HE Periasamy Kumaran, who also launched the book.

"South East Asia has had strong ties with India since time immemorial. Centuries of interaction between India and Singapore has resulted in many waves of immigrants and settlers from India, creating a vibrant cultural bridge," he wrote. 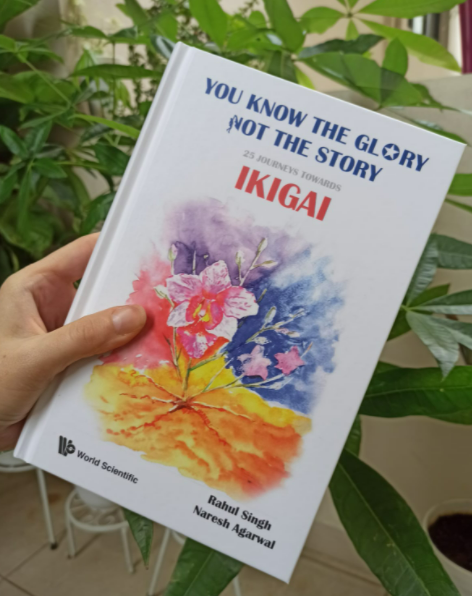 The authors said that apart from chronicling some remarkable stories, their goal was also to help readers in their search for their own ikigai. Photo courtesy: Rahul Singh

The 25 subjects in the book came to South East Asia as youngsters on a full scholarship extended by Singapore’s Ministry of Education.

"Exemplifying India’s talented and ambitious youth spawned by the post-liberalisation era in India,  today such millennials, apart from being the living bridge in our deep and wide friendship, also serve to create a wide economic and social impact," the high commissioner noted.

The authors said that apart from chronicling some remarkable stories, their goal was also to help readers in their search for their own Ikigai.

"In their journeys towards Ikigai, the 25 people in the book had serendipitous encounters, faced hardships, became resilient, and found meaning and happiness. Happiness means different things to different people in the book. Thus, each of us derives our own meanings of what satisfies us," they noted.