US President Donald Trump has announced his intent to nominate Indian-American Judge Amul Thapar of Kentucky to the sixth circuit court of appeals on March 20. 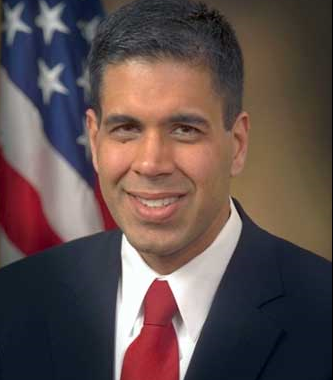 Known for his ‘tough on criminals’ approach to the justice system, Thapar was formerly rumoured to be on Trump’s shortlist for the Supreme Court. The president instead picked Neil Gorsuch, who is undergoing the Senate confirmation process this week.

Thapar is perhaps best known for sentencing an 85-year-old Roman Catholic nun, Sister Megan Rice, to three years in prison for breaking into a nuclear plant in Oakridge, Tennessee, and spray-painting peace slogans in the inner sanctum, which was filled with enriched uranium to make nuclear warheads.

With a broad prosecutorial background, Thapar currently serves on the district court for the Eastern District of Kentucky and is the first Article III judge of South Asian descent.

Thapar was the 2015 recipient of the NAPABA Daniel K. Inouye Trailblazer Award. He served as the keynote speaker at the 2007 NAPABA convention and received the NAPABA Best Under 40 Award.

As US Attorney for the Eastern District of Kentucky from 2006-2007, Thapar was appointed to the Attorney General’s Advisory Committee, where he chaired the AGAC’s Controlled Substances and Asset Forfeiture subcommittee.

He also served on the Terrorism and National Security subcommittee, the Violent Crime subcommittee, and Child Exploitation working group.

Thapar has also worked for the law firms of Williams & Connolly in Washington, DC, and Squire, Sanders & Dempsey in Cincinnati, Ohio.