Defending champions Madras Cricket Club got off to a winning start in the first Group A match in the 5th International SCC T20 2017 at the Indian Association Ground in Singapore. They defeated South African club Rowlin National Cricket Academy by 24 runs.

Madras won the toss and elected to bat first. Spurred on by spirited performances by man of the match Smit Patel (67 off 40 balls) and Akash Deep Nath (65 off 45 balls), Madras racked up a high score of 178/7 in their 20 overs. In reply, Rowlin could only manage to score 154/4. 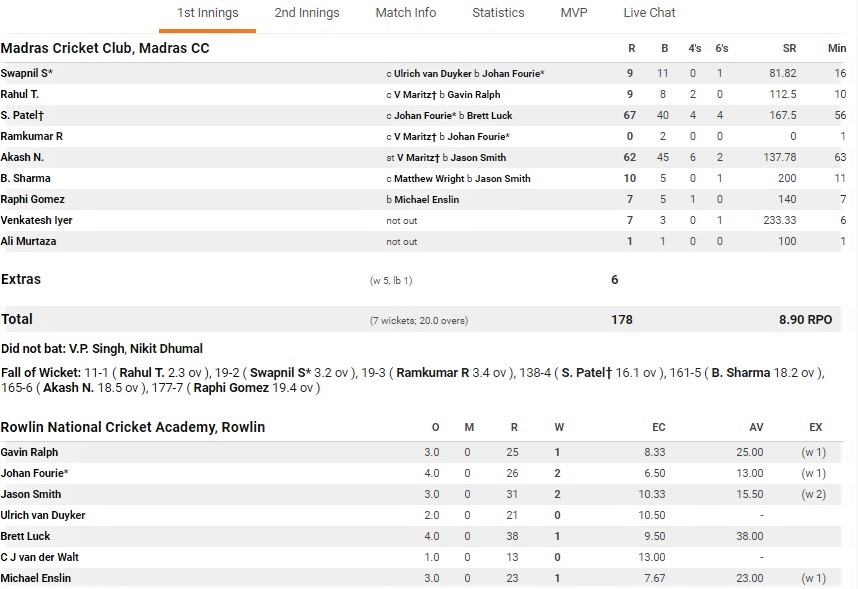 For Rowlin, captain Johan Fourie returned with economical figures of 2/26 in his four overs and Jason Smith took two wickets as well but gave away 31 runs in three overs. Ulrich van Dyker scored an unbeaten 38 off 21 balls during the run chase, but despite support from the skipper and Andrae Agathagelou, they fell 24 runs short. 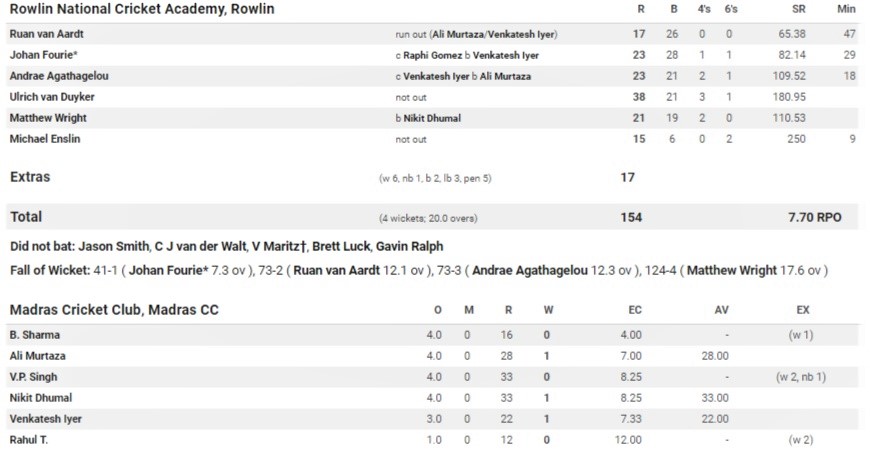 The result signals Madras’ determination to retain the trophy and highlighted that they were ready to hit the ground running. Rowlin’s players put in some good individual performances, with captain Fourie leading from the front, but they were unable to accelerate their scoring at the right time or prevent the massive partnership between Patel and Nath.

Rowlin next face first-time entrants SCG XI in the afternoon match today, while Madras will be in action at the Padang tomorrow.