In partnership with GiveIndia, the global celebrity fundraiser was part of TiE Singapore’s Mission India campaign aimed to aid India in its COVID-19 relief efforts. The total amount raised so far has exceeded the campaign’s initial target of USD 1 million to aid India in its battle against the ongoing COVID-19 pandemic. 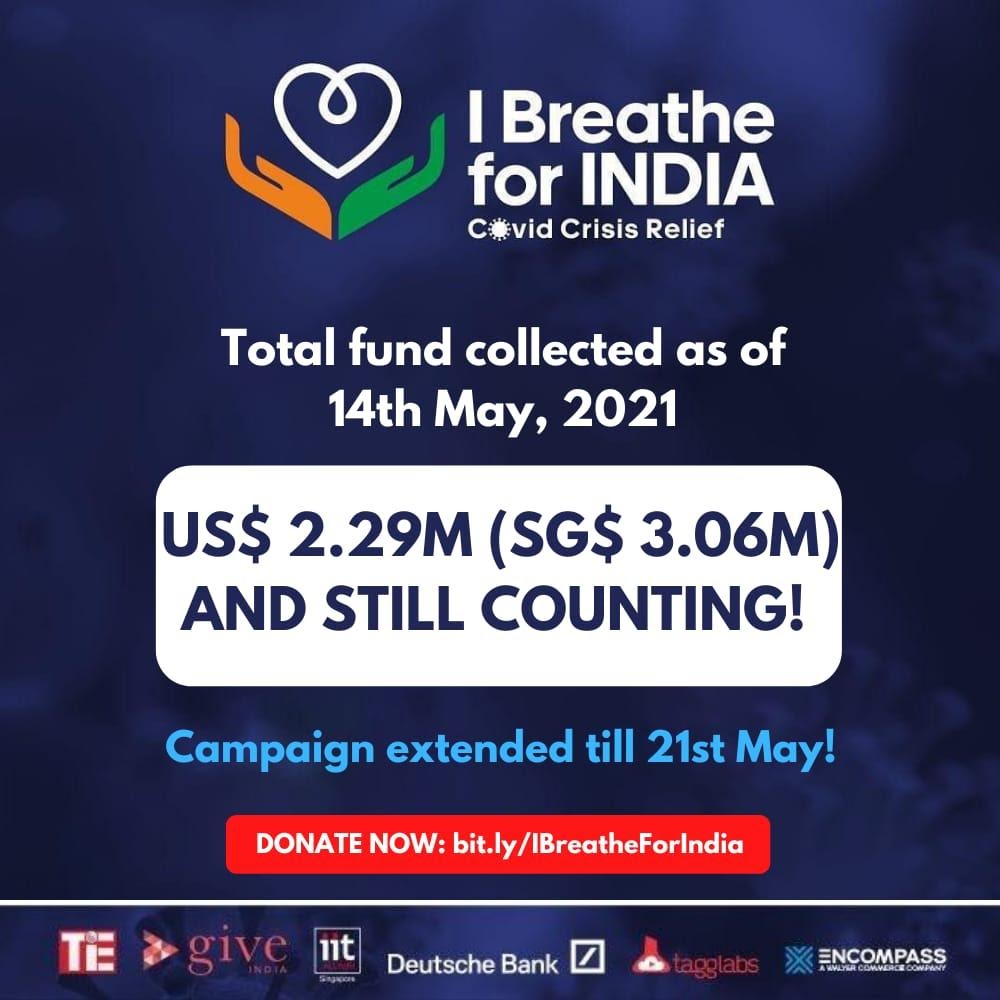 At the culmination of the campaign on May 21, 2021, all the partners involved will work closely with various accredited agencies to address COVID-19 relief efforts in India. Photo courtesy: TiE

The 'I Breathe For India' campaign, which aired on May 9, galvanised India’s most prominent and inspiring figures from the entertainment and sports communities, including Bollywood stars such as Amitabh Bachchan, Karan Johar, Anil Kapoor, and Rana Daggubati; sports champions Shikhar Dhawan, Rishabh Pant and more.

Commenting on the success of the Mission India campaign, Amit Gupta, president of TiE Singapore, said that the devastation from the COVID surge in India was being felt across the world, even beyond the Indian diaspora.

"People have families, friends, colleagues and business associates who are affected on the ground. We put a plan in place that focussed immediately on organic online campaigns to engage agencies as we worked on this bigger global fundraiser – I Breathe For India. A number of our community members at TiE have volunteered funds, time or resources in what has become a war room driving separate work streams. Our community stands together in solidarity with the people in India,” he added.

Veteran techpreneur and investor Vinod Khosla and his family donated USD 1 million while multinational investment bank Deutsche Bank donated USD 500,000 for the campaign. A host of individuals as well as corporate entities, startups, and venture capital firms from around the world banded together to participate in and donate towards the campaign. 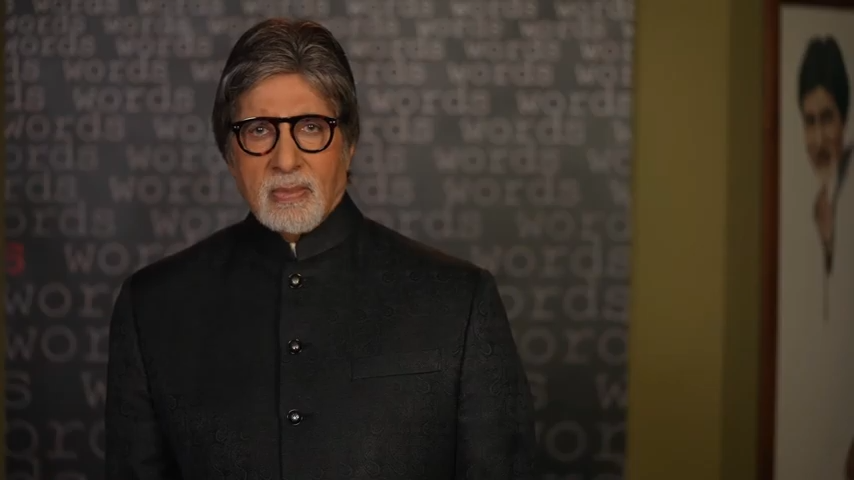 “The funds raised will go a long way in relief efforts on the ground by GiveIndia. No contribution has been too small, and when humanity unites to help each other, miracles happen,” Lara Dutta Bhupathi, who co-hosted the celebrity fundraiser, said.

As part of its Mission India Campaign which kicked off on April 29, 2021, TiE Singapore received donations of over SGD 260,000 to date. At the culmination of the campaign on May 21, 2021, all the partners involved will work closely with various accredited agencies including Singapore Red Cross, Swasth, ACT Grands and Mission Oxygen to address four major areas of COVID-19 relief efforts in India with the funds raised.

The objectives include purchasing and securing oxygen concentrators, oxygen cylinders, ventilators, and other medical supplies in critical need in the immediate and short term; working with federal or state government institutions and NGOs to support their objectives for medium-term medical infrastructure; setting up of oxygen plants in hospitals and supporting other rehabilitation efforts in the mid-long term and providing tangible humanitarian aid to the families of those impacted by the crisis.

"In such trying times when all our focus is on supporting critical COVID patients and the country's healthcare infrastructure - I Breathe for India has been a great push for our fundraising initiatives. With over USD 2 million raised, it will help us impact even more lives by boosting the oxygen supply at hospitals and care centres," said Atul Satija, Founder 2.0 and CEO, GiveIndia.

In addition to all of the above, through a partnership with IIT Alumni Association Singapore, 250 oxygen cylinders have been deployed, and plans are in the pipeline to deploy oxygen plants, ventilators, and other key medical equipment across more rural parts of India. 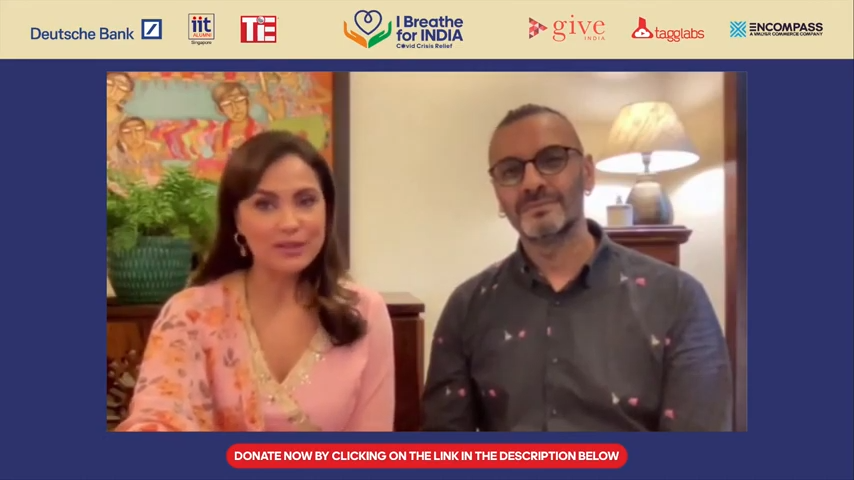 “The 'I Breath For India' campaign was a resounding success in India’s hour of need because every person involved saw this as an opportunity to serve someone less fortunate. I understand teamwork under pressure but the past weekend, we defined what a team means. The virus may have divided us physically but it unified us at heart,” said Shayamal Vallabhjee, co-host of the 'I Breathe For India' fundraiser.

TiE is a Silicon Valley founded global non-profit organisation launched with the purpose of building the entrepreneur ecosystem in local cities and communities it serves by connecting entrepreneurs to customers, capital, expertise, and mentorship.