Three Chinese astronauts landed in a northern desert on Sunday after six months working to complete construction of the Tiangong station, a symbol of the country’s ambitious space program, state TV reported. A capsule carrying commander Chen Dong and astronauts Liu Yang and Cai Xuzhe touched down at a landing site in the Gobi Desert in northern China at approximately 8:10 p.m. (1210 GMT), China Central Television reported. 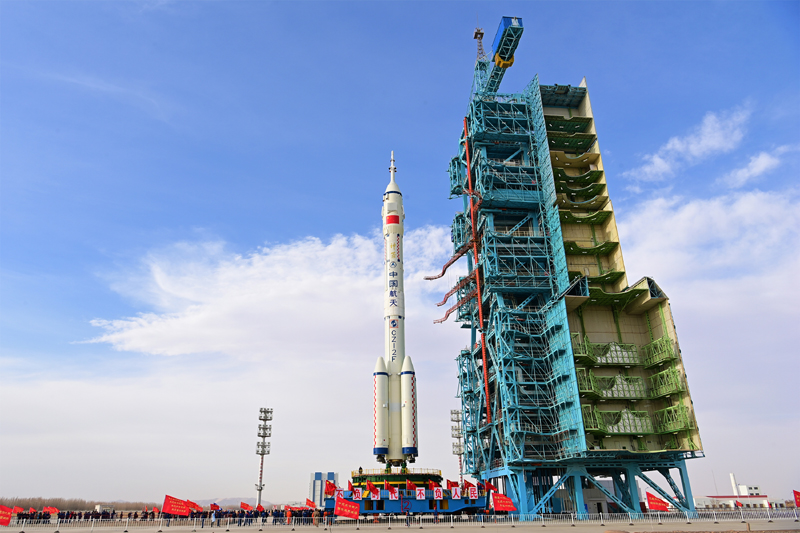 The astronauts were carried out of the capsule by medical workers about 40 minutes after touchdown. Photo courtesy: Twitter/@ChineseEmbTZ

Prior to departure, they overlapped for almost five days with three colleagues who arrived Wednesday on the Shenzhou-15 mission for their own six-month stay, marking the first time China had six astronauts in space at the same time. The station’s third and final module docked with the station this month.

The astronauts were carried out of the capsule by medical workers about 40 minutes after touchdown. They were all smiles, and appeared to be in good condition, waving happily at workers at the landing site.“I am very fortunate to have witnessed the completion of the basic structure of the Chinese space station after six busy and fulfilling months in space,” said Chen, who was the first to exit the capsule.

“Like meteors, we returned to the embrace of the motherland.”Liu, another of the astronauts, said that she was moved to see relatives and her fellow compatriots. The three astronauts were part of the Shenzhou-14 mission, which launched in June. After their arrival at Tiangong, Chen, Liu and Cai oversaw five rendezvous and dockings with various spacecraft including one carrying the third of the station’s three modules.