A massive demonstration was held yesterday in front of the Indian high commission in London with many raising Khalistani flags. 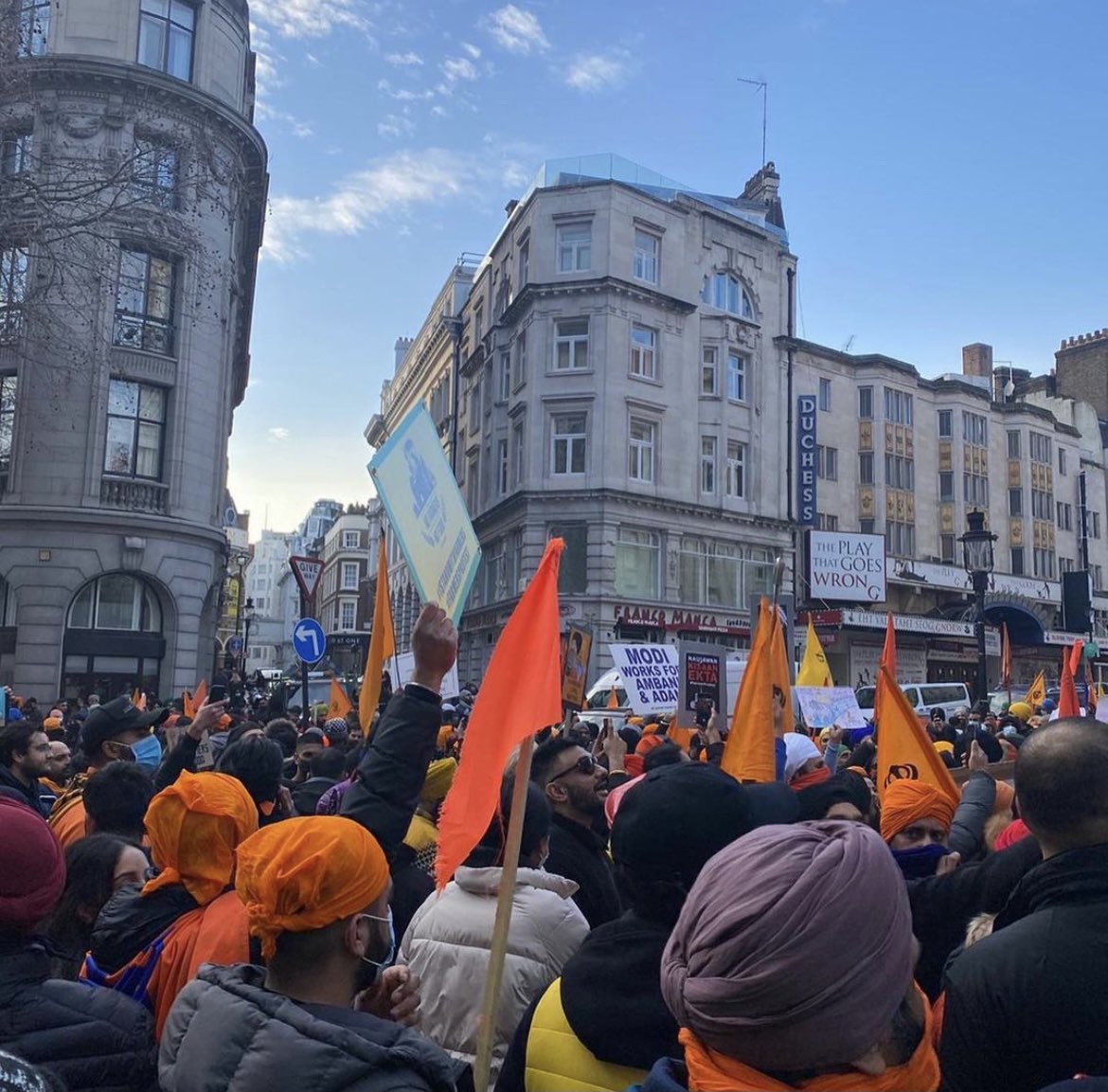 The Indian Mission was quick to reach out to the UK Foreign Office and Home Office, with London Metropolitan Police disposing of the crowds. Photot courtesy: Twitter/@Gurinder94_

The crowd of demonstrators converged on the Indian embassy, located on Aldwych, a major artery in the centre of the British capital, and groups marched around the Trafalgar Square area, media sources at the scene said.

Tens of thousands of farmers have protested in India against three laws the government says are meant to overhaul antiquated procurement procedures and give growers more options to sell their produce.

Known Khalistanis, like Paramjeet Singh Pamma of Sikhs for Justice, a group that has been outlawed in India just last year and Kuldeep Singh Chaheru of Federation of Sikh organisation (FSO), a well-known front of Babbar Khalsa were seen at the protest.

The Indian Mission was quick to reach out to the UK Foreign Office and Home Office, with London Metropolitan Police disposing of the crowds.

Vishwesh Negi, Minister (Political, Press &  Information), Indian High Commission in London said, "As expected, it soon became clear that the gathering was led by anti-India separatists who had taken the opportunity of the farmers' protests in India to pursue their own anti-India agenda."

Britain is home to a large Indian diaspora and many Britons who trace their family roots to India are strongly engaged with news from the country.

There was little social distancing in evidence at the London protests and few participants were wearing face masks.

The Metropolitan Police warned that people taking part in a gathering that did not respect COVID-19 restrictions risked being fined, and called on people to leave the area.