Showcasing the themes of gender equality, marriage and self-sacrifice, Henrik Ibsen's celebrated play - A Doll's House is to be staged in a Hindi adaptation Gudiya Ghar by local theatre company WeCanDoit from August 31. The production will be directed by stand-up comedian, Sharul Channa. 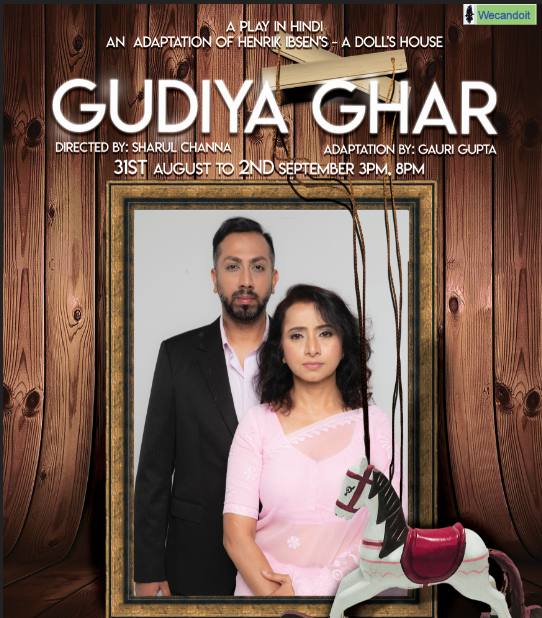 A Doll's House is to be staged in a Hindi adaptation Gudiya Ghar by local theatre company WeCanDoit from August 31. Photo courtesy: WeCanDoIt

“When I was pursuing my Acting Diploma from Lasalle College of the Arts, my first year production was Henrik Ibsen's A Doll's House. I was playing Nora and I remember thinking how it was important for the Indian communities around the world to watch this play. When it was performed in Norway in the late 1800's, it created quite an uproar. We are in 2018 now and I think it is the right time to create some sort of uproar among the community here? Gender Inequality, Yes! There is a huge gender bias in our communities. It will be interesting to see the reactions of the people who watch the play,” Sharul told Connected to India on being asked why she chose to adapt this particular drama.

Are you a modern woman? Or a traditional one? Trying to balance both at the same time? Have you ever felt belittled, betrayed and abused emotionally? Did you ever try to walk out? Was that reason enough to do so? These questions are almost as relevant today as they were when A Doll’s House was first staged. Despite technology, science and society advancing by leaps and bounds over the past century, marital relationships and the assumed gender roles of husband and wife have almost remained stagnant.

The Indian community is still largely conservative and divorce remains a taboo topic, said a WeCanDoIt statement. Some of the reasons why people choose to end their marriages are equally valid today as they were in 1878. 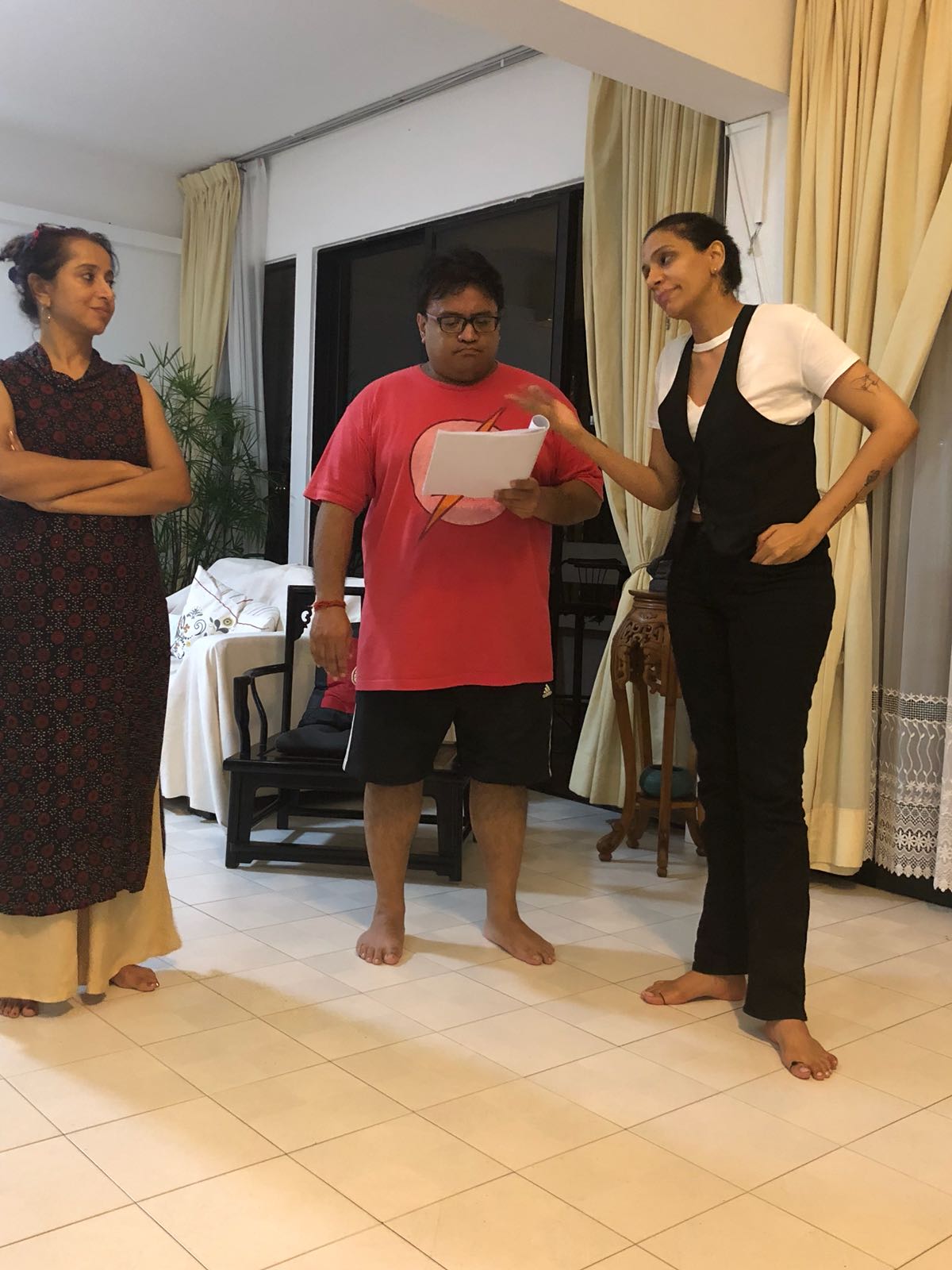 The production team gearing up for their performance. Photo courtesy: Shalaka Ranadive 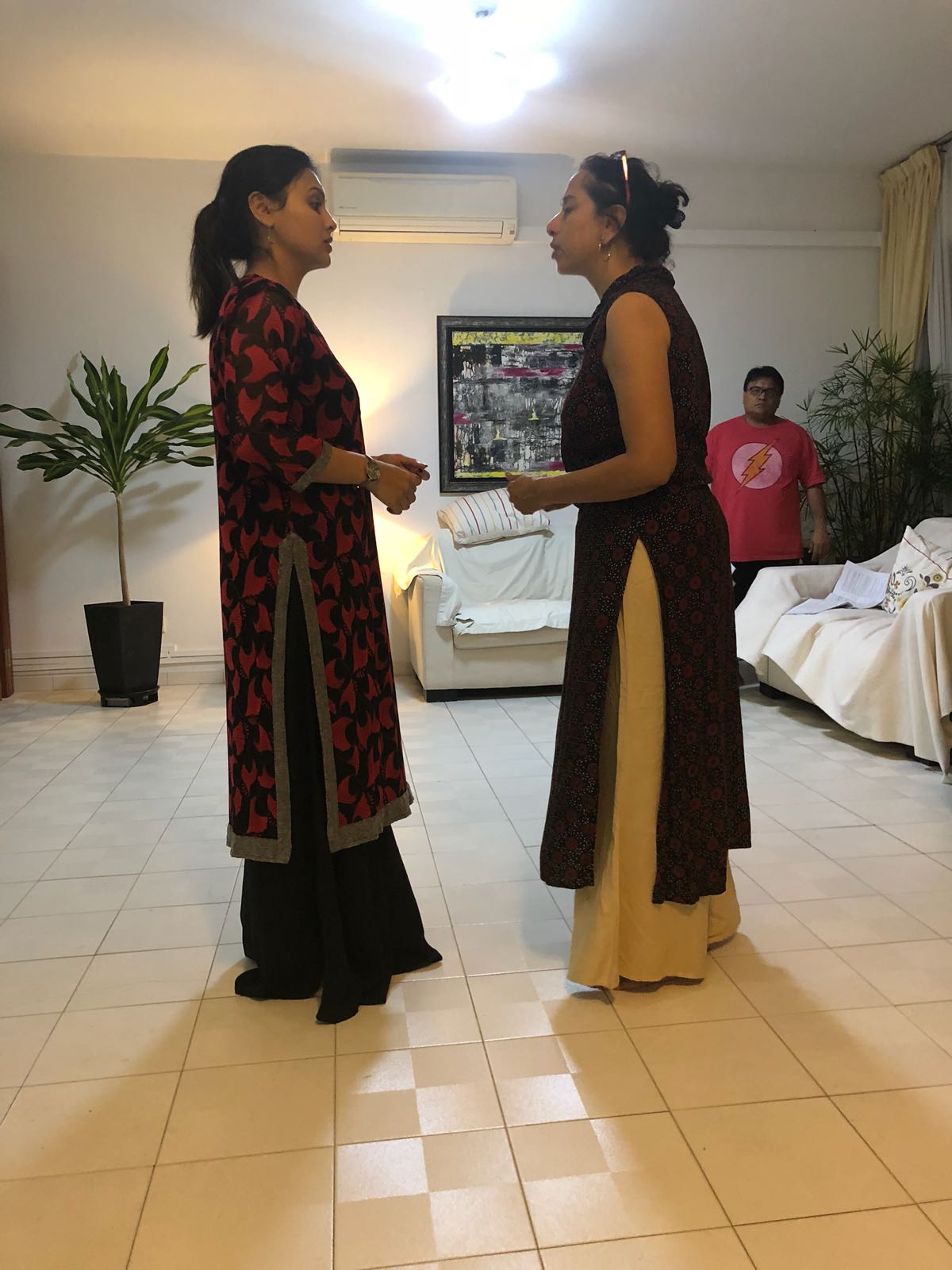 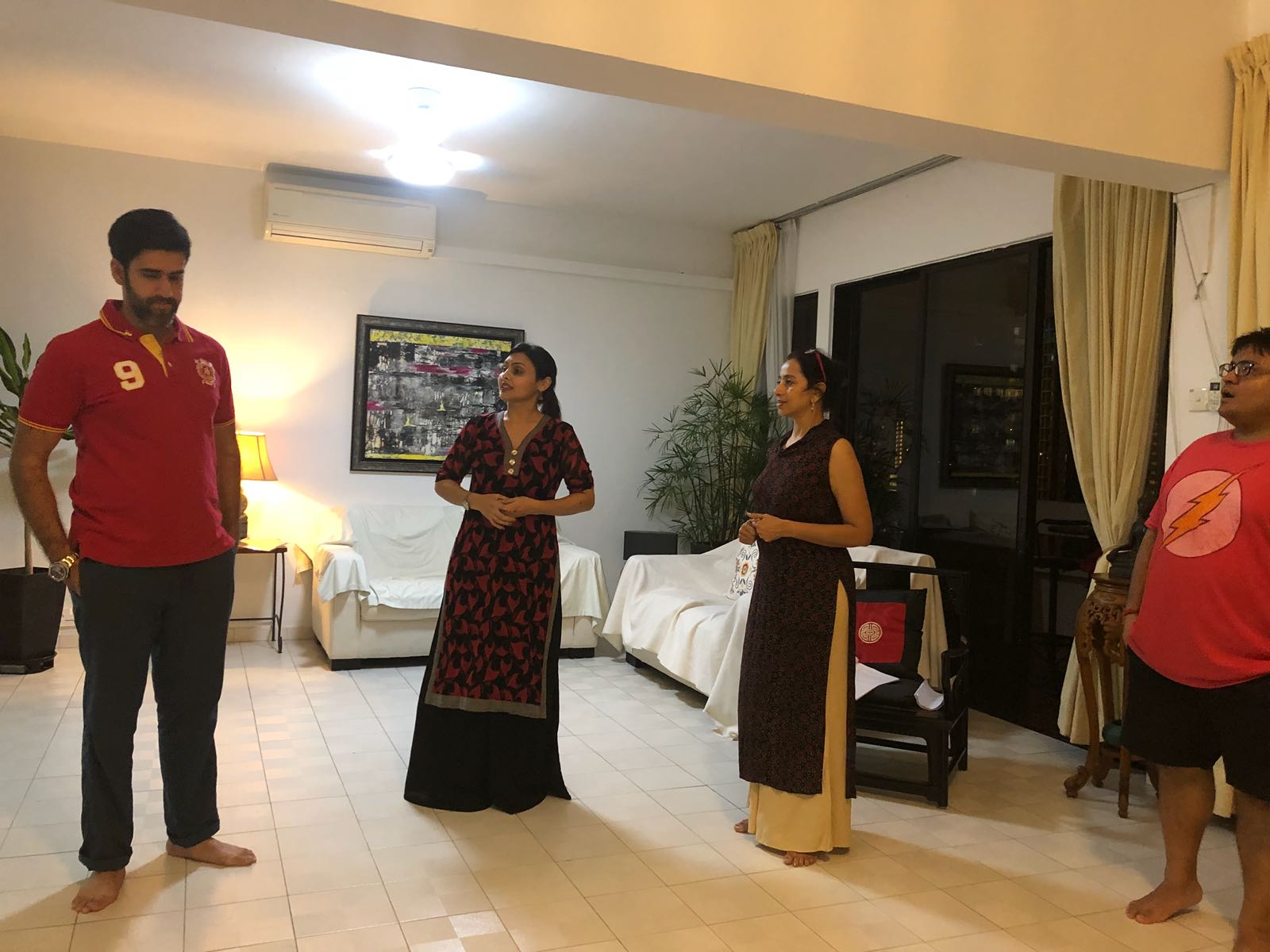 The cast of Gudiya Ghar rehearsing ahead of the show on August 31. Photo courtesy; Shalaka Ranadive

Sharul Channa, who was Singapore’s first woman stand-up comedian, showcases her versatility with this production. “There is a very thin line between comedy and tragedy and comedians are almost always treading that line, people just happen to laugh. We are only telling the truth. Stand-up comedy is just showcasing tragedies in a light manner,” she said.

The character Nora was written by Henrik Ibsen during the 1800's and was an iconic one which left the world wondering if Nora had valid reasons to leave her home and marriage just based on emotional abuse. There are many Noras in today’s world, but would they do the same? Will the Indian Nora have the courage to make things right and what is right after all? These complex questions form a huge part of the reasons for staging Gudiya Ghar.

Shalaka Ranadive, who has had a long and bright career spanning three continents from Indian soaps to the London stage to creating her own theatre festival Dastak in Singapore, essays the role of Christine Linde, “a woman who has gone through a lot of hardships and made many sacrifices”.

Linde is one of the pivotal characters in Ibsen’s play, serving as an unconventional foil to the lead Nora and as an example that helps the protagonist come to a realisation about her life and reach a decision about her future in the climax. “This play is still relevant in today’s time-as we live in a patriarchal society. Women still have conformity thrust upon them. As we are advancing into a so-called liberal thinking and living, we haven’t let go of our traditions for better or worse. Nora is a character that we all can relate to, we all know a Nora or a Christine in our life,” said Shalaka.

The director also told Connected to India about the challenges involved in adapting the script, saying it was a difficult but rewarding process that involved more than simple translation. Certain aspects of the play’s action had become obsolete such as a bank using a letterbox in the age of social media, leading to a thorough modernisation of the stage action.

“It is the combined work of Gauri Gupta, Rishi Budhrani, Shalmalee Vaidya and myself,” Sharul said. “The voicing of the characters had to be set right and that process requires a lot of back and forth. We have also set it in modern times and not set it in any location. In the age of social media, you won’t have someone leaving letters in the letter box if they wanted to say something. The modernisation of the play took some time. Also, the actual play is two-and-a-half hours long with three Acts. We had to drastically cut it down but still have it making sense.”

Come watch Gudiya Ghar to find out at Arts House Play den from  August 31 to September 2 at 3pm and 8pm. Get your tickets here.

Sharul also announced that there are further plans for Hindi Theatre in Singapore and that she was writing for another show in November. Shalaka Ranadive and WeCanDoIt are also planning the third iteration of Dastak, Singapore’s pioneering Hindi Theatre Festival.

“Plans to adapt other classics in Hindi? Absolutely,” said Sharul when asked. “There are a couple of things in the pipeline. We won’t name them just yet. Paranoid artists! Kaam karengay, phir baat karengay (We’ll work first, then we’ll speak).”

Singapore theatre Things to do in Singapore Hindi Dastak