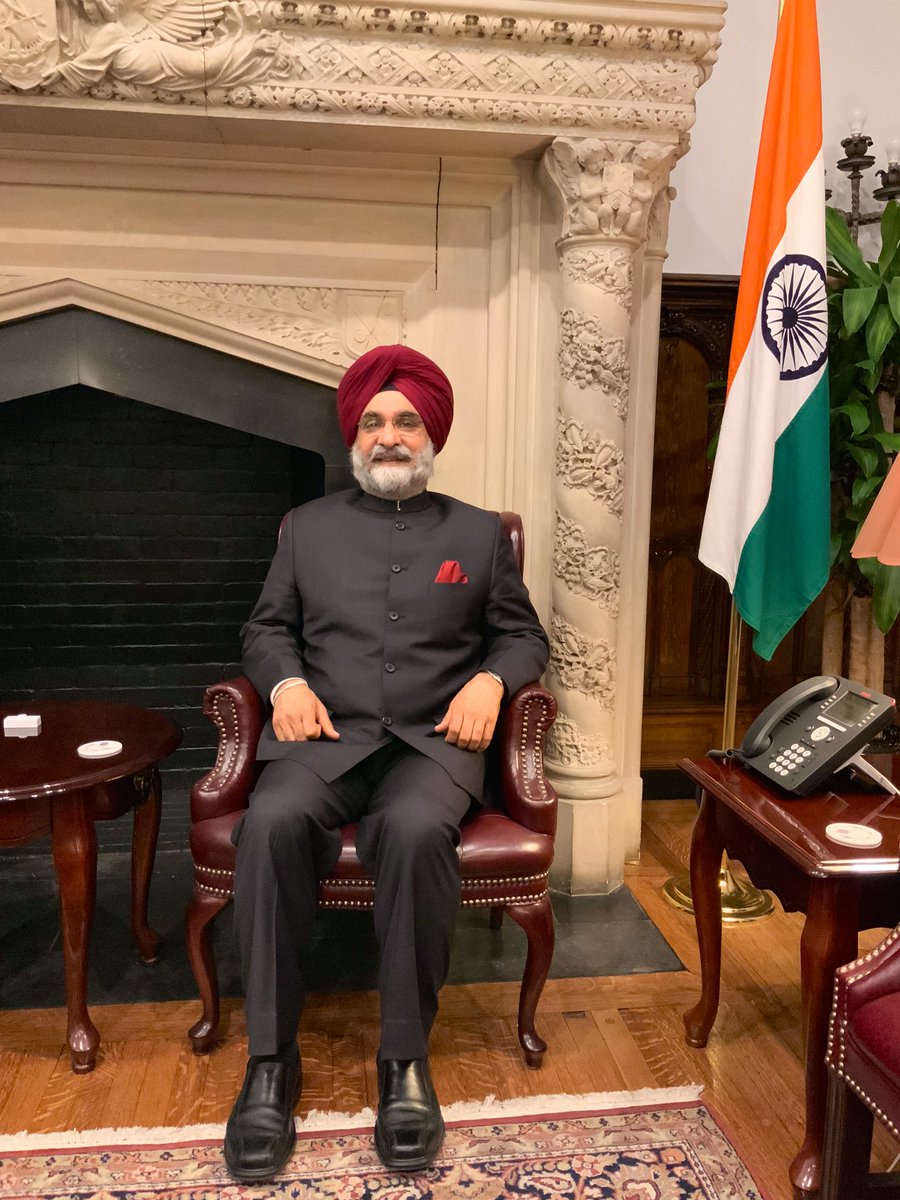 Sandhu’s position in Colombo is expected to be filled by Gopal Baglay, presently additional secretary in the Prime Minister’s Office. Photo ocurtesy: Twitter/@IndianEmbassyUS

Sandhu, a 1988-batch civil service officer, took over from Harsh Vardhan Shringla who has been appointed as India's Foreign Secretary.

Sandhu's appointment comes in an election year in the US and at a time when India is looking to forge a new trade partnership with the western nation. His first responsibility will likely be organising US President Donald Trump’s India visit set for later this month.

Sandhu’s previous posting had been as Ambassador to Sri Lanka. He had also served in the Indian Mission to the US twice earlier as Deputy Chief of Mission at the Embassy of India in Washington DC from July 2013 to January 2017 and First Secretary (Political) responsible for liaison with the US Congress from 1997 to 2000.

Sandhu’s position in Colombo is expected to be filled by Gopal Baglay, presently additional secretary in the Prime Minister’s Office.