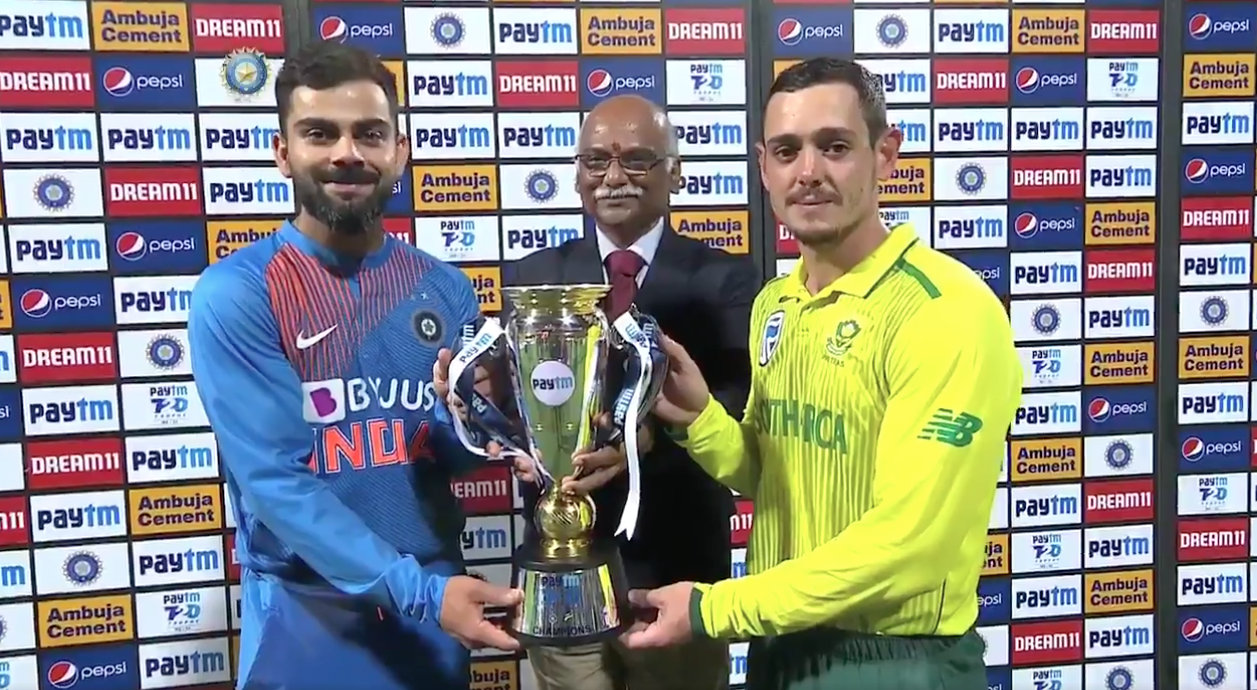 South Africa registered a comprehensive 9-wicket win over India in the third T20 match played in Bengaluru on Sunday. The win meant that the series ended in a 1-1 draw with the first match having been washed out.

With an eye on the T20 World Cup next year, Virat Kohli opted to bat first - something no captain has done  in six previous T20s at the Chinnaswamy Stadium. "Come the World Cup," he said, "toss is not in your control."

Shikhar Dhawan was in great form, looking purposeful from the get-go. And despite losing Rohit Sharma (9 off 8 balls) early, India looked set for a big total when Shikhar Dhawan (36 off 25 balls) fell - the Men in Blue at 63/2.

However, the South African bowlers exploited a changing pitch, with spinners finding turn and the seamers varying their pace, making run scoring very difficult. From 63/2 in the eighth over, India managed to get a total of just 134/9 - scoring only 58 runs in the last 10 overs.

In fact between Kohli, Rishabh Pant, Shreyas Iyer, the Pandya brothers, and Ravindra Jadeja, India made just 70 off 85 balls. There was also a miscommunication about the number 4 position, with Kohli admitting after the match that it was to be Iyer, and not Pant, who was supposed to play in that slot. "I think there was a miscommunication there," Kohli said. "That's what I understood afterwards. The batting coach (Vikram Rathour) had a word with both of them and there was a misunderstanding of who has to go at what stage of the game… We had it planned according to phases. So, after ten overs, we decided Rishabh would walk in. Before that Shreyas had to walk in. So, I think both of them got confused and didn't realise who had to walk in at what stage of the game."

As dew came into play, Kohli’s decision at the toss became crucial. Batting became easier after the innings break and the Proteas batsmen took complete advantage of the conditions.

Skipper Quinton de Kock was in sublime form and the Indian bowling arsenal could do little to stop him as he smashed them all around the park. He raced to 79* off 52 balls, hitting five sixes and six fours. 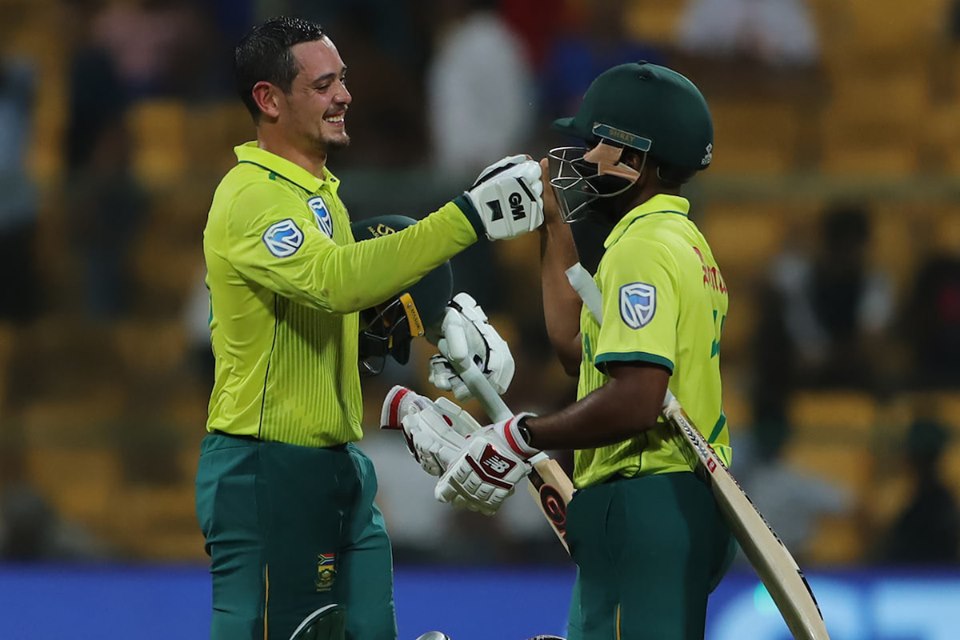 Reeza Hendricks (28 off 26 balls) and Temba Bavuma (27* off 23 balls) played able supporting roles to their skipper and South Africa cruised to a 9 wicket win with 3.1 overs to spare. The Indian bowlers were taken to task by de Kock - Hardik Pandya picking up the only wicket of the innings.

That's a wrap from the T20I series. See you soon in the Tests ✌️🇮🇳 #TeamIndia #INDvSA pic.twitter.com/oqhhrH0g4D