Singapore's Minister for Foreign Affairs Vivian Balakrishnan met Indian External Affairs Minister Sushma Swaraj on the sidelines of the Delhi Dialogue to strengthen the bilateral cooperation between the two countries. 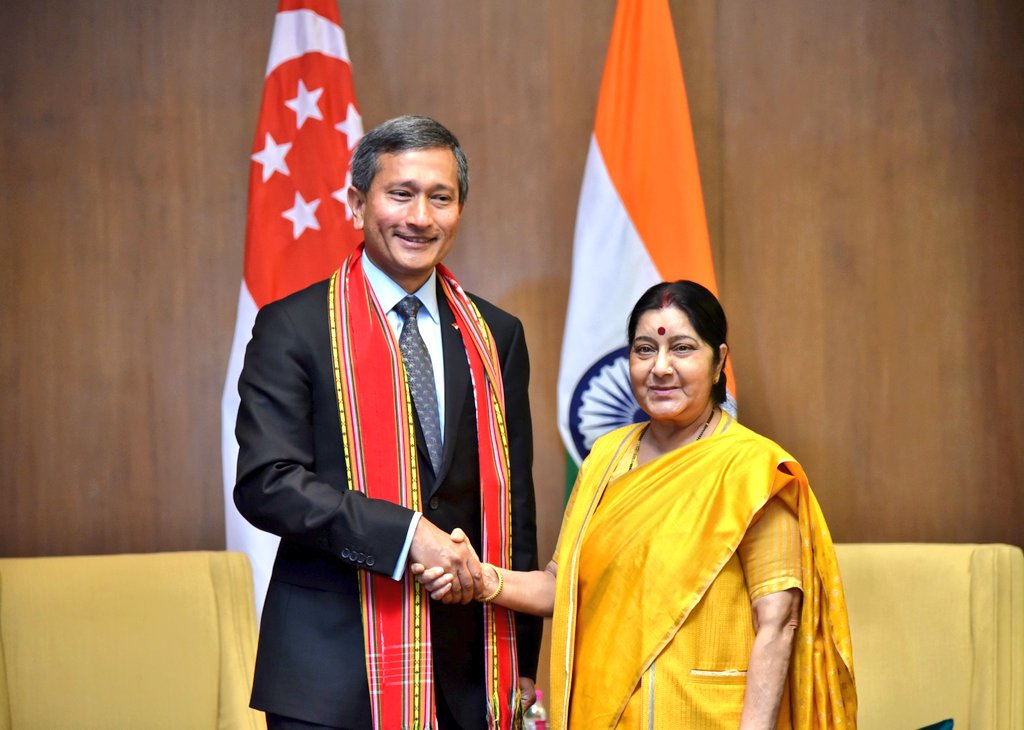 Earlier in the day, Swaraj hosted the 10th edition of the Delhi Dialogue (DD X) in the national capital. Photo courtesy: Twitter/@MEAIndia

Earlier in the day, Swaraj hosted the 10th edition of the Delhi Dialogue (DD X) in the national capital. The theme of this year's DD X will be "Strengthening India-ASEAN Maritime Cooperation."

The EAM urged member states to boost cooperation in counter-terrorism, counter-proliferation, and maritime domain awareness, to help position the nations for “Asia’s Century”.

She added that India supports security and growth for all in the region, regardless of size and strength.

“We must follow a common, rules-based order that takes into account the equality of all, irrespective of size and strength. It should allow use of common spaces on sea and in the air,” said Swaraj.

Delhi Dialogue is a premier annual event to discuss politico-security, the economic and socio-cultural engagement between India and the Association of Southeast Asian Nations (ASEAN), as per a release by the MEA.

Leveraging the dialogue's theme of "Strengthening Maritime Security between India and ASEAN", Dr Balakrishnan stressed it is crucial Singapore opposes any attempts that threaten the freedom of navigation in the high seas.

"We need to remove barriers to trade in goods, services and ideas. And that is why, in fact, at this time when there is a pushback against trade liberalisation in some of the more advanced parts of the world, it is all the more important for India and ASEAN to double down on the cause of free trade," he said. 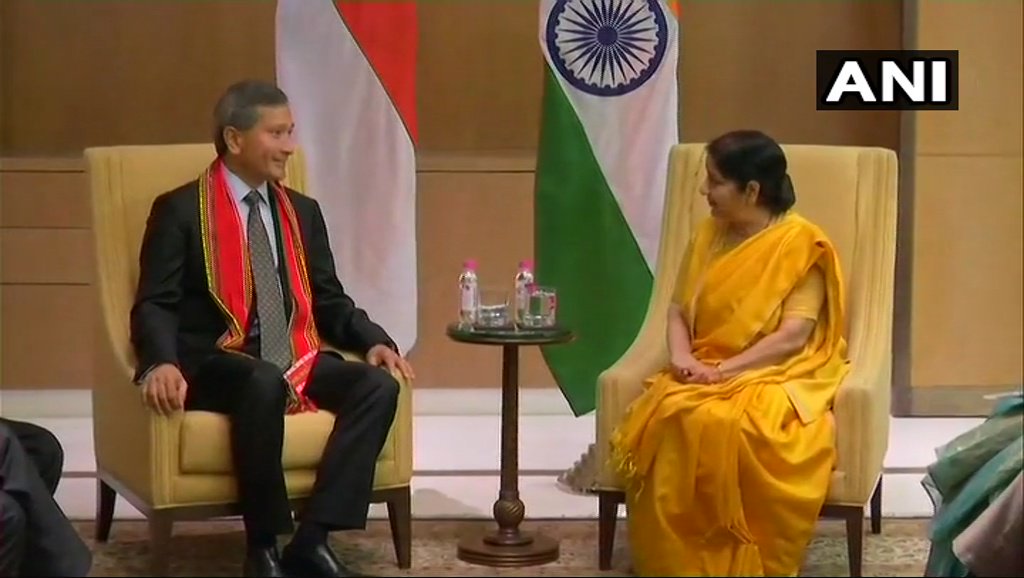 Dr Balakrishnan said finalisation of the trade pact is important, given the rising trend of global protectionism.Photo courtesy: Twitter/@ANI

He added, "And this is why Singapore will also resolutely oppose any attempt, by anyone, to threaten or to constrain this fundamental right of freedom of navigation and overflight in our region and our surrounding waters. These rights are enshrined by UNCLOS."

On the Regional Economic Cooperation Partnership, Dr Balakrishnan said finalisation of the trade pact is important, given the rising trend of global protectionism.

He urged ASEAN nations and India to move quickly to seal the trade pact.