Superstar Kajol touches on rift with KJo, says there is a lot of ‘fake honesty’ in Bollywood

Bollywood superstar Kajol touched on her rift with popular director Karan Johar last year and the comments made in his autobiography An Unsuitable Boy, about their falling out.

“I think that the best thing for me to do right now, as far as this entire topic (the fallout with Karan Johar) is concerned, is to stay silent. And that’s exactly what I’m going to do. When and if I choose to give my opinion on this particular topic, I will make sure the world hears of it,” Kajol said in an interview.

She said she feels that people tend to misuse honesty for pretence. Kajol added, “Well, I think there’s a lot of fake honesty going around as well. I really do. There are a lot of people going around and saying, ‘You know I’m being honest’ and actually, it’s just for selling books, or movies and ratings. I don’t know, there are a lot of reasons for faking in front of the camera. Or in front of the public, for that matter. I think honesty has been abused over time and space.” 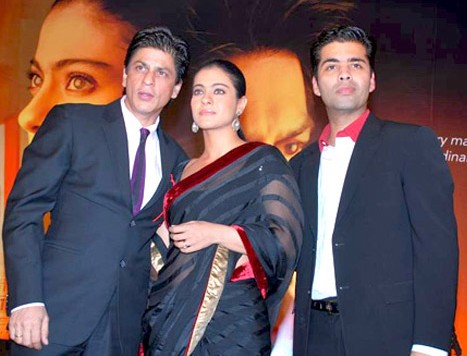 ​Johar had written about the rift in his autobiography, excerpts of which are floating around social media.

The excerpt said, “I don’t have a relationship with Kajol anymore. We’ve had a fallout. Something happened that disturbed me deeply which I will not talk about because it’s something that I like to protect and feel it would not be fair to her or to me. After two and half decades, Kajol and I don’t talk at all. We just acknowledge each other, say ‘hello’ and walk past.”

In an interview with News 18, Johar had blasted Bollywood actor Ajay Devgn, Kajol’s husband. He said, “He called me and shouted at me and said some really nasty things because he heard at a party that I’d said some things about his wife. I just felt that hearsay cannot be the reason for anyone to pick up the phone and say unsavoury things to anyone else. You have to give me the chance to defend myself.”

The major point of contention that was doing the rounds last year consisted of Indian producer Kamaal R Khan’s allegation that Johar had bribed him to promote his latest movie Ae Dil Hai Mushkil over the Devgn starrer Shivaay, which he later retracted.

Karan argued, “He(Ajay) put out a statement saying there should be an investigation and she retweeted it saying ‘SHOCKING’. And that was it. I felt she should’ve not allowed her husband to say such things about me and even if he had, she shouldn’t have endorsed and thirdly she should’ve picked up the phone and called me and said sorry for that entire situation.”