According to a study by the Institute of Policy Studies (IPS) released yesterday, younger Singaporeans and permanent residents are more concerned about COVID-19 vaccine safety than older folks. It also noted that at least half of Singapore's resident population still have doubts about the COVID-19 vaccines. 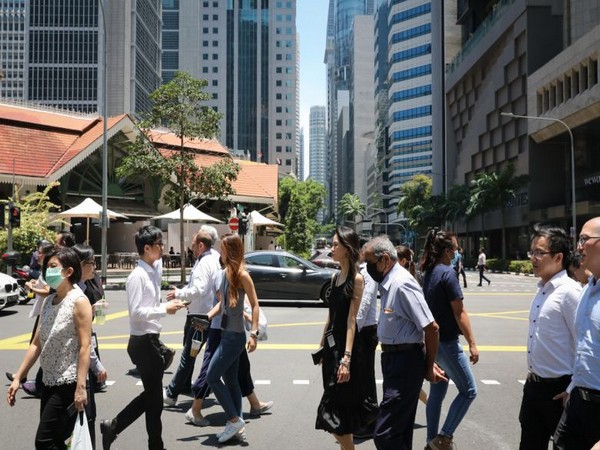 On the vaccine concerns reflected by the survey, the researchers pointed out that government campaigns to inform Singapore's older residents about the vaccines and encourage their take-up helped to improve confidence in the vaccinations among this group. Photo courtesy: ANI

Titled 'The COVID-19 Pandemic In Singapore, One Year On: Population Attitudes And Sentiments', the study gathered Singapore residents' views on a host of pandemic-related issues from April last year to March this year.

The online survey was conducted using data from Toluna, a technology company that specialises in consumer insights, with IPS researchers collecting responses from residents aged 21 and above in 22 waves over this period. Each wave comprised over 500 respondents whose profiles approximated the national population in terms of race, gender and housing type, said the IPS report.

Given the online nature of the study, it was noted that this resulted in lower proportions of older respondents and those from lower-income families. The survey was also conducted in English, which "does not account for the small number of those who are more proficient in a vernacular language", said the report.

On the vaccine concerns reflected by the survey, the researchers pointed out that government campaigns to inform Singapore's older residents about the vaccines and encourage their take-up helped to improve confidence in the vaccinations among this group.

However, for the country's younger residents, the researchers suggested that access to online information and possibly alarming or misleading reports on vaccine-related injuries could have contributed to their doubts on the vaccines' efficacy and side-effects.

The study also found that the pandemic appears to have had a greater impact on the psychological well-being of younger people here than older folks.