A study by iPrice Group, a meta-search website operating in seven countries across Southeast Asia, has examined the gender disparity in top level roles in the e-commerce industry. Examining the top three e-commerce companies in 7 countries in Asia, based upon LinkedIn data of the highest web traffic in each country, iPrice found quite a gap in certain top-level roles, especially at the C-level position.

The study states that only 31% of women have C-level roles, while 69% of these titles are held by men. The same goes for the Vice President positions. 62% of Vice Presidents in Southeast Asia’s top e-commerce companies are men, while only 38% are women, says the study. 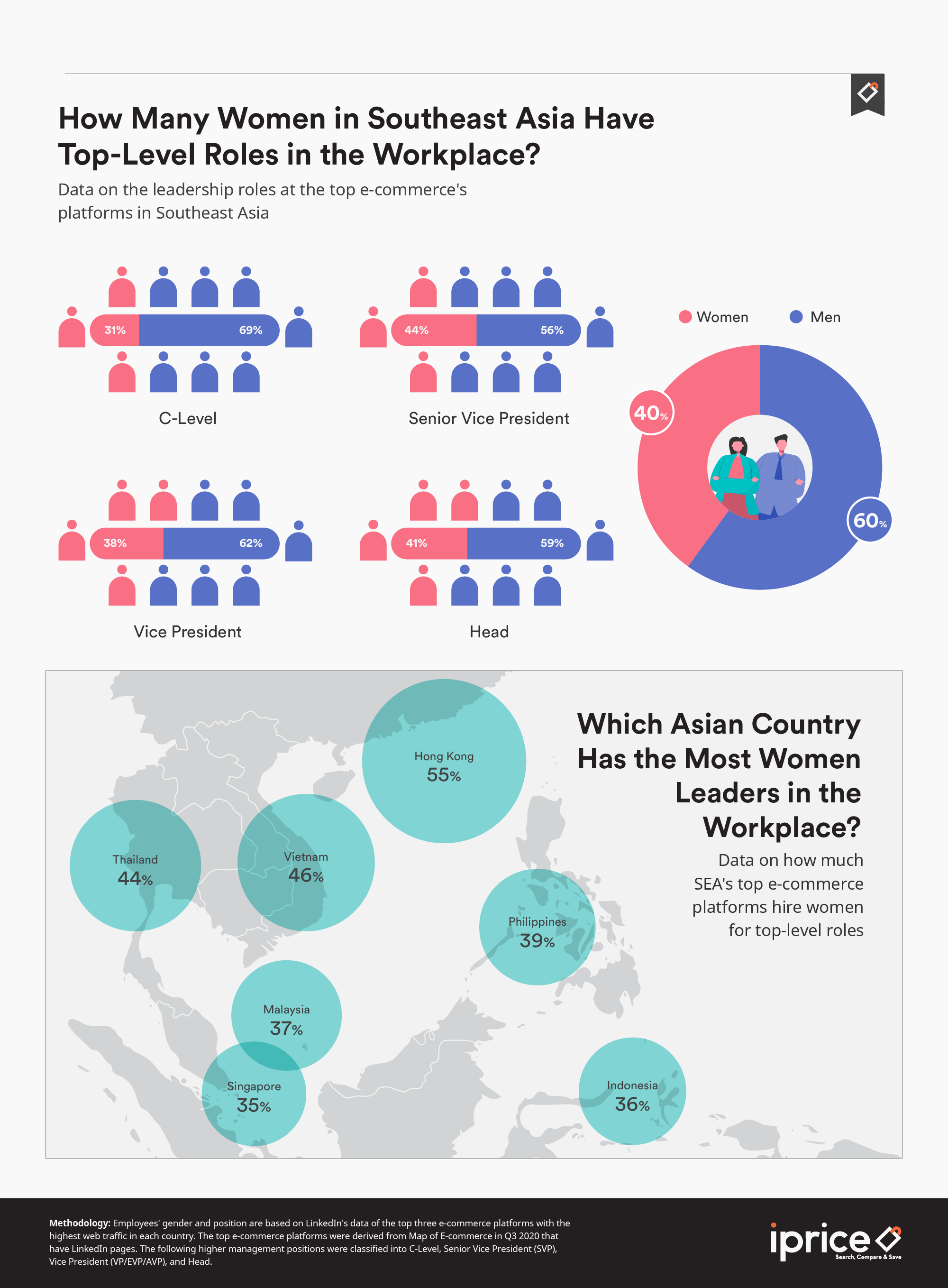 Overall, the study states, there is a 60-40 disparity between men and women when it comes to being in positions of power.

Comparing all 7 seven countries, the study found that Hong Kong has the highest percentage of women in power in the top e-commerce companies in Southeast Asia, where 55% of the top-level roles are women. Vietnam and Thailand trail behind Hong Kong at 46% and 44% respectively.

The study found that Singapore has the least number of women in power in Southeast Asia with 35%.

The study also examined job satisfaction in Southeast Asia’s top e-commerce companies, finding that employees don’t seem to loathe working in the e-commerce industry of this region. In all seven countries, the ratings are average to above-average (from a 3-star to a 4.3-star rating). Half or more of these employees would recommend e-commerce companies as a workplace to their friends, while e-commerce CEOs have really high approval ratings (66-97%). 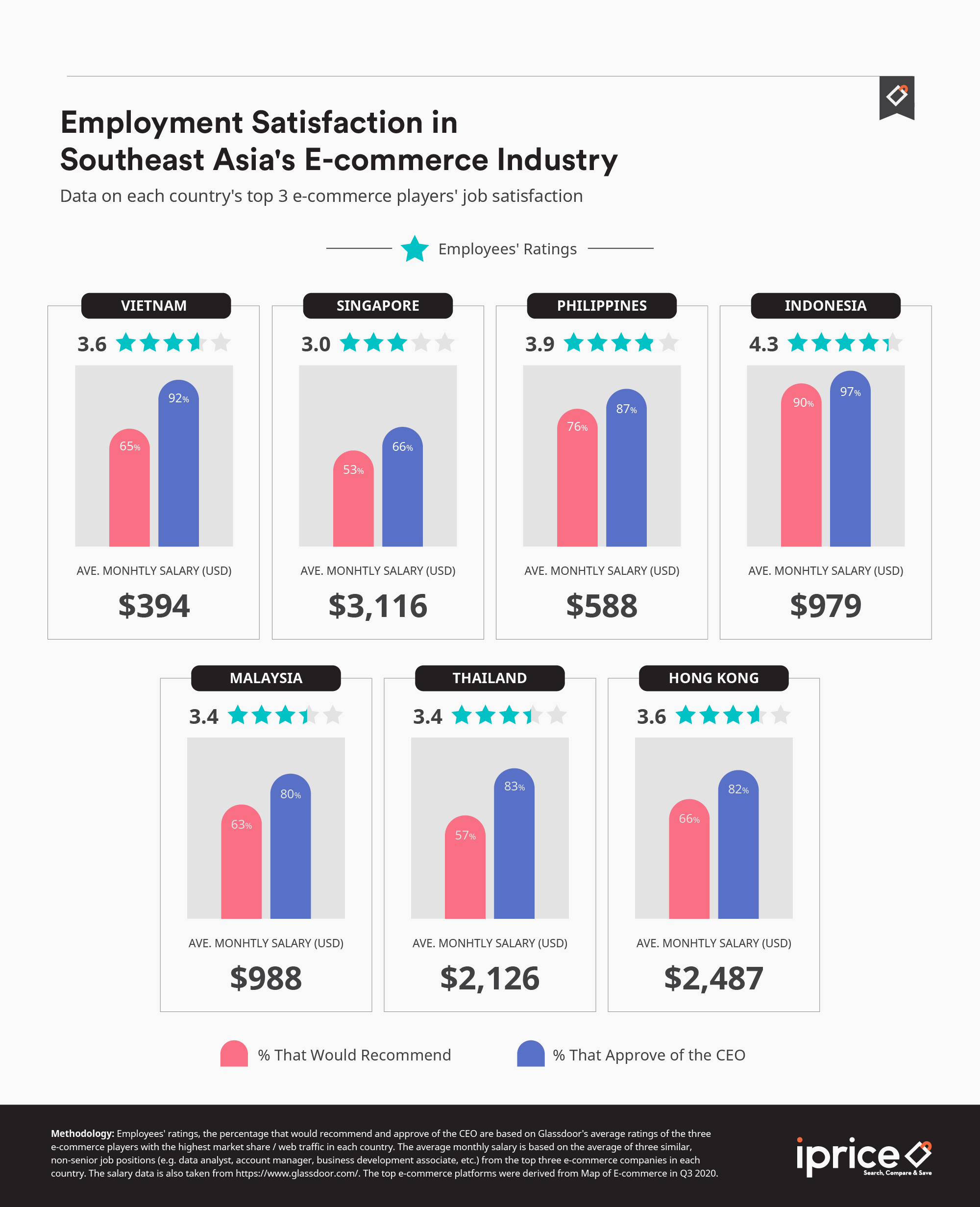 Indonesians are the most satisfied with the e-commerce industry as a workplace. According to iPrice’s data gathered from Glassdoor, Indonesians give these e-commerce companies a 4.3-star rating. 90% of the participants would recommend these companies to a friend, while 97% of them approve of their CEOs.

The next most satisfied employees are Filipinos. They give their top 3 e-commerce companies a 3.8-star rating, while 76% of them would recommend the companies to friends, and 87% of them approve of their CEOs.

Despite having the highest salary among the seven countries, Singaporeans seem to be the most unsatisfied with working in the top e-commerce companies. Participants of Glassdoor only gave an average of 3-stars to the top three e-commerce companies in Singapore. Only a little more than half of them (53%) would recommend these companies to a friend, and only 66% of them approve of the CEO.