Stop focusing on the girl child, it’s the boys who need attention

I heard celebrated writer Chetan Bhagat, an IIT and IIM alumnus and ergo a shining example of a gentlemanly achiever in modern India, say this on Saavn, the radio app: “Mainay Arjun Kapoor kay badhay mazay karay hain (I was instrumental in making Arjun Kapoor have a lot of fun). I write the kissing scenes and he gets to do it.”

The anchor, a woman, giggled. The team at Saavn thought nothing of editing out the writer’s words. I hope at least they had an editorial argument over it.

Which brings me to the point: it’s time for us to change our approach to how we make things safer for women.

We need to stop making calls for more policing, camera surveillance or new sets of rules to make the world safer for women. What we need instead is a focus on how boys are brought up so they become the right kind of men. Mothers, wives, sisters, girlfriends and grandmothers, backed by their male equivalents, have to change the way boys are being brought up.

Basically, it’s a man problem. So it has to be fixed with the man-child.

It is not about urban versus rural or educated versus uneducated, as we learn from Mr. Bhagat, an aspirational figure for the mall-and-multiplex variety of the Indian species. Misogynist will be a wrong word to use for the author but it seems to me what he said normalizes sexism in our society.

Safety of women, gender equality and respect for women go hand in hand. The approaches we are trying to usher in do not quite attack the root cause but only the symptoms.

Late last year I heard celebrated journalist Barkha Dutt speak at a panel in Singapore at an event where she was promoting her book, “This Unquiet Land: Stories from India's Fault Lines.” Barkha reminisced about how her mother Prabha Dutt, India’s first woman war correspondent,  was initially not allowed to cover the India-Pakistan conflict in 1965. She circumvented the system to cover the war and won many accolades for her coverage. Three decades later, Barkha faced the same challenges when she went to cover the Kargil conflict. She was told that “they” can’t allow a woman so close to the action as it can be dangerous. 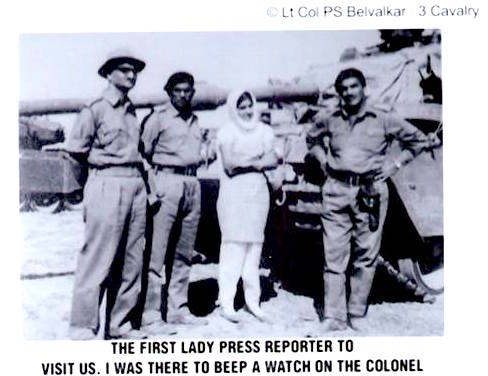 Why would the reaction of the armed forces be any different? Is the passage of time supposed to bring in gender equality? Why was a different behaviour expected from the men who joined the army 30 years later? Is there any record of Indian army introducing gender sensitization courses? Or the Indian society’s views and actions towards women has changed dramatically? 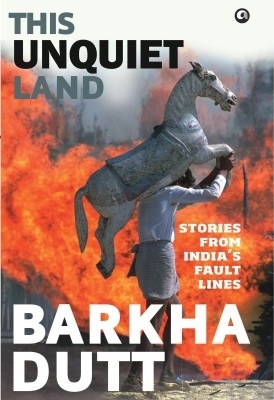 Incidentally the first essay of Barkha’s book, “The Place of Women,” should be made compulsory reading for every male in India. I would urge Barkha and her publishers to upload it for free and allow translations in all regional languages.

At some level, however, there are some amazing things happening to usher in deep-rooted change. We need to recognize these and amplify them.

Look at how animation giant Disney has systematically rewritten fairy tales to emphasize on women who take the lead: Red Riding Hood, Brave, Frozen and so on. The latest version of the fantasy movie Maleficent categorically declares that the “true love” kiss does not necessarily have to come from male, a prince. Your godmother or sister can love you way more.

The psychological theory of ‘transactional analysis’ explains that people engage with each other in three states – adult, child and parent. What is more interesting is that the adult state of a mind is actually formed very early in life, long before a human becomes an adult. A child learns subconsciously from the behavior of those around him or her. So, if little boys grow up noticing lecherous glares or inappropriate language on the part of their fathers/uncles/grandfathers, chances are they behave the same way when their regular adult male hormones kick in.

In a Delhi salon I once heard a man tell a barber to give a his son a good haircut as he was moving from Grade 1 to 2 because, “this year he has a Ma’am and not a Sir!”

What is that kid supposed to learn?

We need to stop laughing at or accepting ‘Men will be Men’ jokes. See this terrible Imperial Blue ad that shows a well-dressed man who does not fit the description of a ‘goonda’ leching at a woman for 18 floors! The ad concludes with the brand endorsing the behaviour, as a baritone voice declares: “Men will be men.”

You can’t’ be laughing at this. It has to be denounced. In your living room, office, circle of friends or your WhatsApp group of old classmates. Everywhere.

The home being the smallest cell of a society, it needs to start here. Women eating after men, women clearing tables, women lowering their voice in a discussion when men use ‘I-am-saying-so-that’s-it tone’ and other little things add up to make an inherently gender-unequal society. Kids, both boys and girls, learn from such experiences. Women need to stop being subservient. Just to avoid minor confrontations at home and at work they often tend to become subservient.

There is a steady acceptance of sexism and inducement of misogynistic behaviour as normal on our television channels and movies. At some point in time I stopped watching the famous Kapil Sharma Show on TV. I was appalled at the sheer disrespect towards women and the shameless objectification of women on it with the comedian host giving leery looks towards women, snatching hugs and getting away with lewd comments towards female guests and actors on the show while Navjot Singh Sidhu, a public figure and a politician at that, laughing loudly in a crass way all the time.

I am not fond of the name AIB, that group of stand-up comedians, and hated their infamous, insensitive roast, but their satirical take on the contribution of Hindi movies towards institutionalizing sexual harassment of women is absolutely brilliant.

While there are brilliant ads with themes such as ‘Why is Laundry only a mother’s job? Dads #ShareTheLoad” from Ariel there are contrasting commercials casting females in a homemaker stereotype.

A commercial for Aashirvaad Atta shows multi-talented avatars of the dad and the son doing a variety of things while all avatars of the mom are that of one who serves them. Not cool.

In the end, it is all about not berating the society you live in while not recognizing your own role in bringing about the change you desire. Collective responsibility often ends up with no one taking responsibility. So gentlemen, take responsibility, cut down the sexism in your circle of influence, and remember to be decent when you step out.