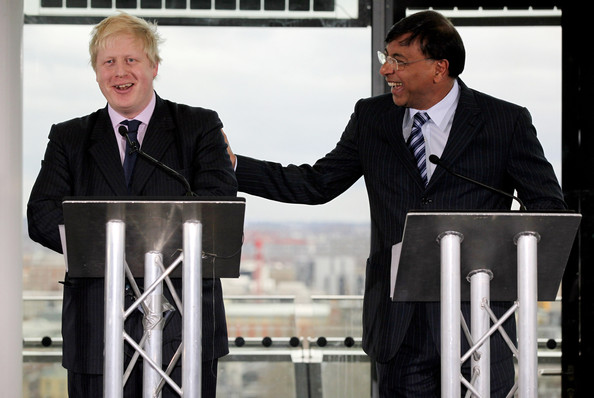 Mittal (right) is registered as a "private and individual" donor whose contribution to the Boris Johnson camp was received on July 16. Photo courtesy: Zimbio

The 69-year-old CEO of ArcelorMittal, the world's largest steelmaker, is among a group of wealthy donors logged in the obligatory Register of Members' Financial Interest maintained by the UK's Parliamentary Commissioner for Standards for all MPs. His association with Johnson dates back to the latter’s term as the Mayor of London, having backed the ArcelorMittal Orbit during the 2012 Olympic Games in the UK capital.

Mittal is registered as a "private and individual" donor whose contribution to the Boris Johnson camp was received on July 16, a week before he was declared the winner of the Conservative Party leadership contest after he beat former foreign secretary Jeremy Hunt.

Amit Bhatia, Mittal's son-in-law who is married to his daughter Vanisha, was the only other Indian-origin name to feature on the updated parliamentary register.

The British Indian businessman, who is chairman of the Queens Park Rangers football club, is also registered as a private and individual donor whose donation is recorded as being worth GBP 10,000.