Sri Lanka’s Singhalese Sports Club (SSC) steamrolled Melbourne Cricket Club to continue their perfect track record and guarantee that they remain on top of the Group B table. SSC came out on top in a high-scoring match at the Indian Association Ground in Singapore. 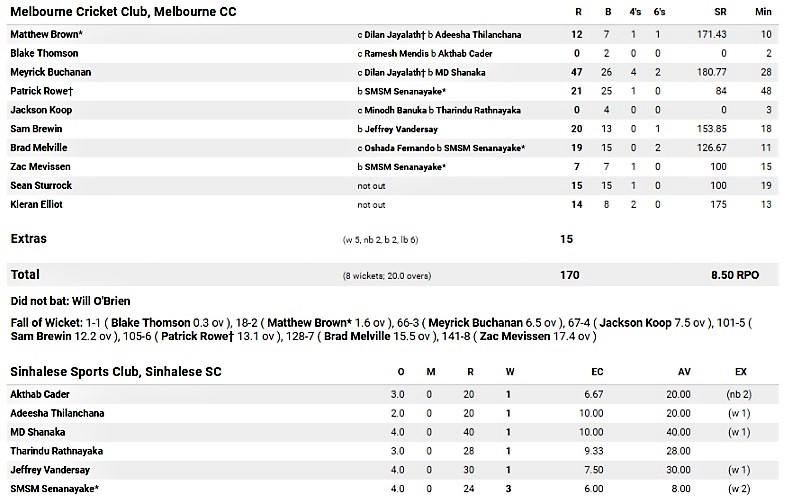 Thanks to a quickfire 47 off 26 deliveries by Meyrick Buchanan, Melbourne reached 170/8 in their 20 overs, after winning the toss and choosing to bat first. For SSC, Akthab Cader with 1/20 in three overs was the most economical bowler, with the other going for runs. 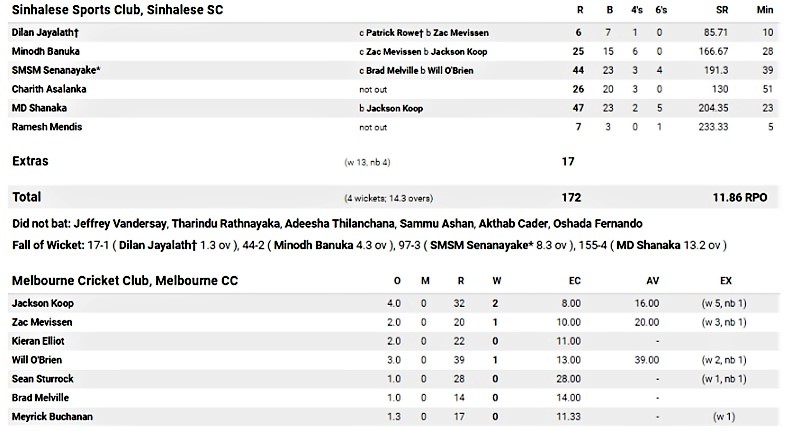 In response, SSC’s top order fired the team to 172/4 in 14.3 overs, with MD Shanaka (47 off 23) and captain Sachithra Senanayaka (44 off 23) leading the charge. For Melbourne, Jackson Koop took two wickets for 32 runs. Shanaka was adjudged the man of the match.

SSC’s win means they are secure at the top of the table and can rest easy till tomorrow’s semi-final. The second spot is still up for grabs between Singapore Emerging Stars (SES) and Melbourne, with the winner of their match almost certainly through to the knockout round. A strange three-way tie could arise if SES lose to Kowloon Cricket Club (KCC) and then defeat Melbourne, in which case the second spot will be decided on the basis of superior net run rate.