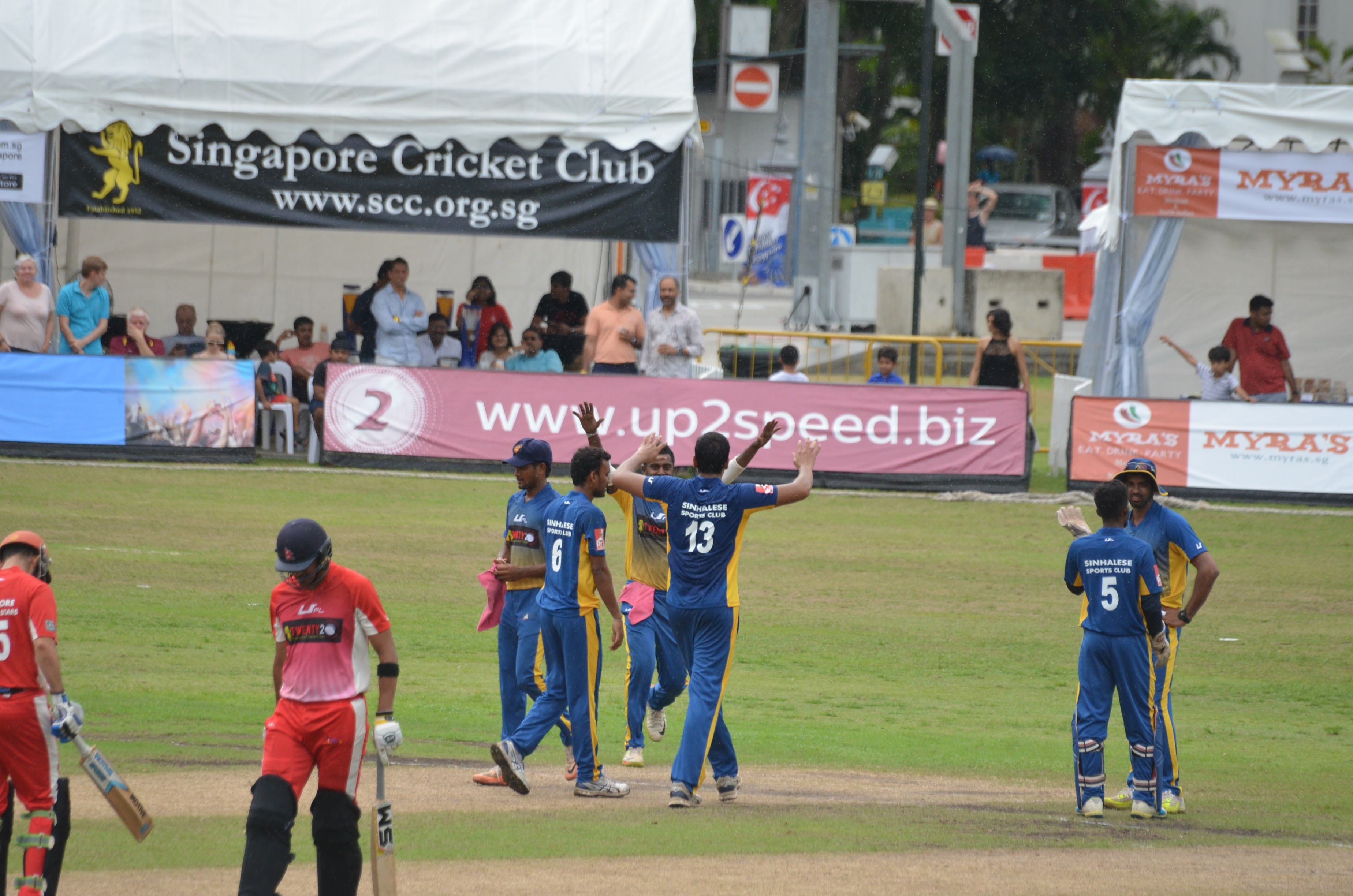 Sinhalese Sports Club (SSC) coasted to a 10-wicket victory over local debutants Singapore Emerging Stars (SES) to clinch their third 5th International SCC T20 title. The Sri Lankan team skittled the Singaporean outfit out for 130 before smashing their way to 131/0 after 8.5 overs.

After winning the toss and putting SES in to bat, SSC’s bowlers led by Akthab Cader (3/26) and Ramesh Mendis (3/9) restricted them to 130 all out, with SES captain Chetan Suryawanshi top scoring with 43 off 30 balls. 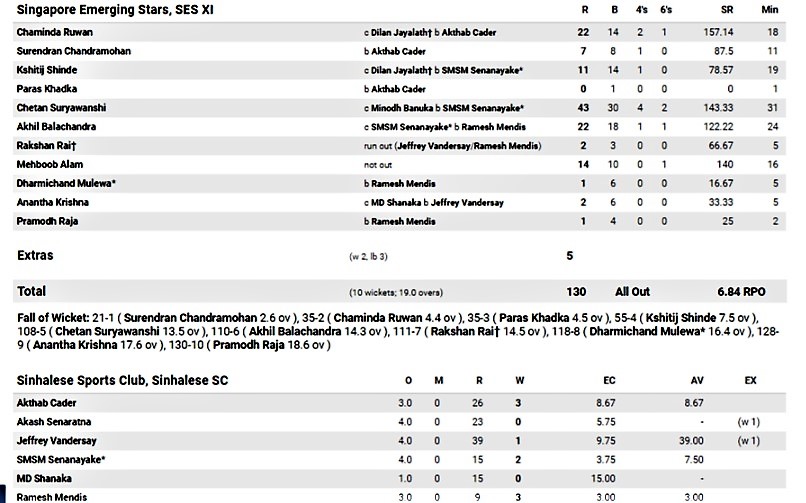 In reply, SSC’s openers Minodh Banuka (58 off 25) and MD Shanaka (67 off 28) smashed their way to the target in 8.5 overs in a masterful display of aggressive batting. They punished all the SES bowlers, especially Anantha Krishna (0/49 in two overs).

The victory is SSC’s third title, and they maintained a 100% victory record this time around.

"My batsmen, especially Shanaka, made it easy for me both in the semis and finals," said SSC captain Sachithra Senanayaka in an interview with Connected to India's Punam Sharrma.

On the other hand, SES captain Dharmichand Mulewa was disappointed that they hadn't put up more of a fight in the final. "Our target was to go past the group stage. And when we beat Madras, our batsmen really took them on and it was beyond expectations to reach the final."