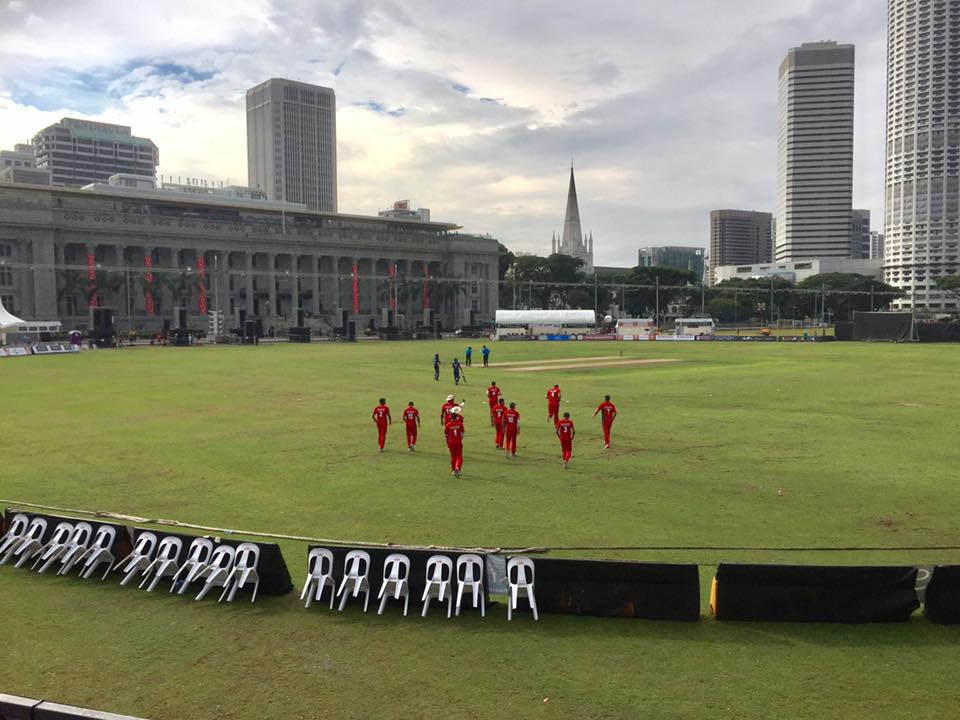 SSC (in blue) and KCC (in red) players take to the field at the Padang. Photo courtesy: SCC

Two-time champions Singhalese Sports Club (SSC) from Sri Lanka had the rain in their corner on the first day of the 5th SCC T20 2017 at the Padang Cricket Ground. The Sri Lankan team coasted to a win over Hong Kong’s Kowloon Cricket Club in a match that had its innings’ durations repeatedly slashed.

A delayed start meant the match had been reduced to 11 overs-a-side, and the first innings was cut short once it started pouring after seven overs were bowled. Kowloon won the toss and opted to bowl, and SSC managed to score 80/3 in the seven overs, with a quickfire 30 off 15 balls from Dilan Jayalath helping them along. For KCC, Anshuman Rath was the only successful bowler, taking 3 wickets for 5 runs in his 2 overs.

Because of the rain and fading light, KCC had their innings shortened to 5 overs, with a target of 69 calculated using the Duckworth-Lewis Method. Tight bowling by SSC meant that Kowloon could not get into their stride, and they finished with a score of 38/6, losing the match by 30 runs. Jeffrey Vandersay took three wickets and gave away four runs in his over, while SSC captain Sachithra Senanayaka had figures of 2/5. Man of the match Ramesh Mendis gave away five runs and took no wickets in his over. 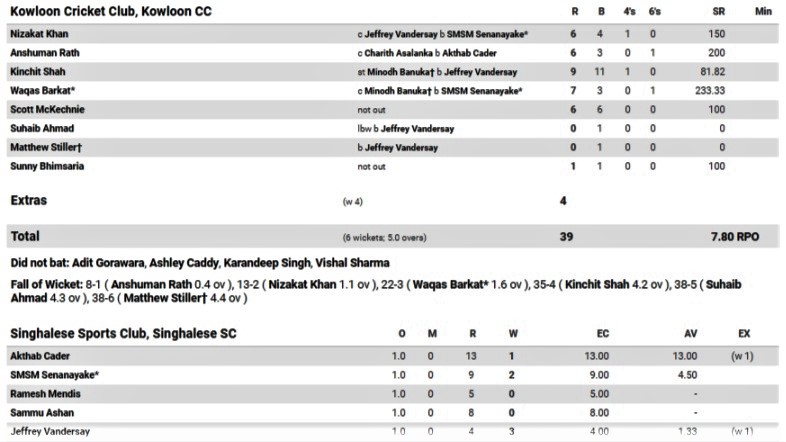 Despite the rain playing spoilsport, it was an intense and enjoyable day of cricket for the teams and the spectators. SSC sit on top of Group 2 and have qualified for the semi-finals, while Kowloon’s two losses today leave them in a precarious position. Melbourne Cricket Club with one win are in second, while Singapore Emerging Stars will hope to have a sunnier day after the washout today.