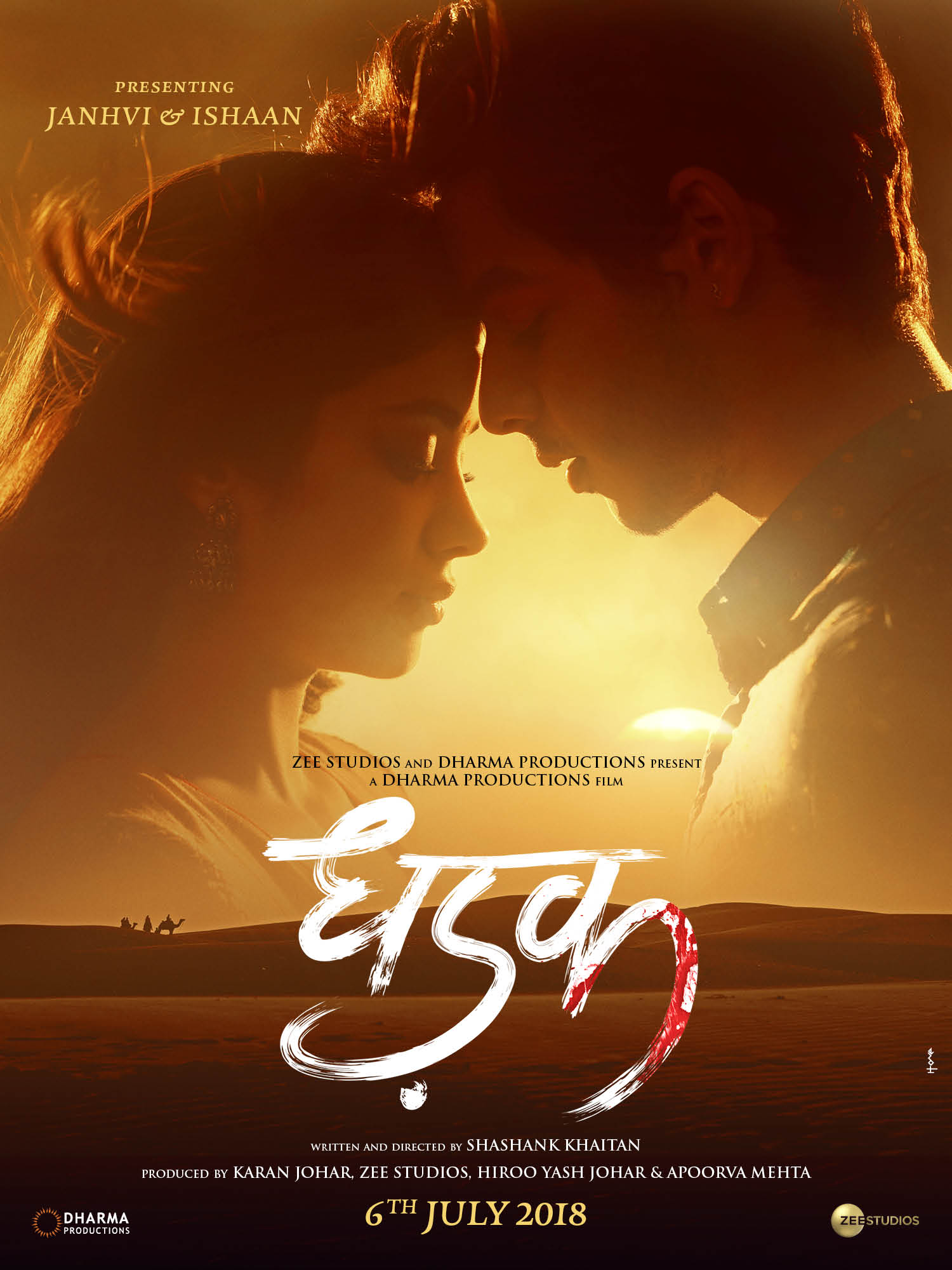 Karan Johar shared three posters of the movie yesterday revealing the first look of the two newcomers. While Ishaan looked like the next chocolate boy of Bollywood, Janhvi in her de-glam look made the wait for the movie even more exciting. Also, the sizzling chemistry between the duo looked promising.

Directed by Shashank Khaitan, the film is internationally distributed by Zee Studios International.