The Indian entrepreneurial spirit finds its perfect expression through the multi-faceted personality of industrial baron Sri Prakash Lohia. He is a shining example of the Indian diaspora’s successes. Keeping a low profile, he presides over a whopping wealth of USD6.4 billion in 2017 and was ranked the fifth wealthiest person from Indonesia in the Forbes List 2016 with assets worth USD5 billion during that year. In recognition of his achievements, he was given Pravasi Bhartiya Samman Award (Overseas Indian Award) by the President of India in 2012.

Sri Prakash Lohia is the chairman and managing director of Indorama Corporation—one of the world’s largest polyester producers. It is a petrochemicals powerhouse making a range of industrial products, including polyethylene, polypropylene and medical gloves. Indorama is the fusion of the words Indo and Rama, where  Indo stands for Indonesia and Rama is derived from the God Rama. 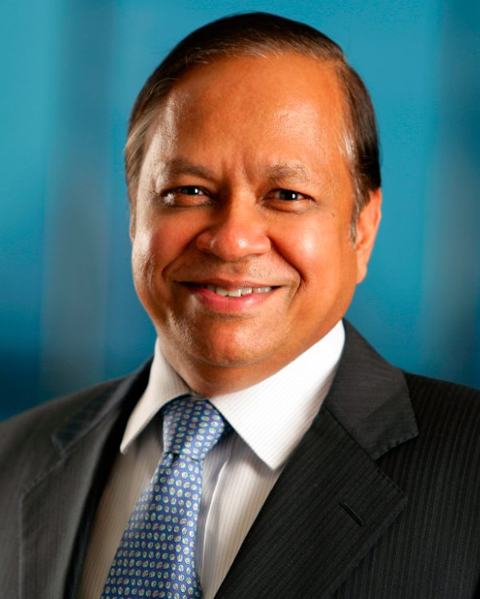 The company is expanding in Africa, where it has a new factory in Nigeria that produces fertiliser. Indorama is looking to increase its investment on the African continent to USD4.2 billion, from USD2 billion, by 2020. Lohia's younger brother Aloke, also a billionaire, runs his own operations from Thailand. Lohia's brother-in-law Lakshmi Mittal is a steel tycoon based in London.

His journey to becoming one of the richest persons of Indonesia starts almost four decades ago, when a 19-year-old Sri Prakash along with his father moved to Indonesia from India to make a new life. Born in Kolkata in 1952, Sri Prakash studied commerce at the University of Delhi before graduating in 1971.

By the mid 1990s, Sri Prakash diversified Indorama Synthetics and began manufacturing polyethylene terephthalate (PET), which is used for manufacturing plastic bottles of beverages including Coke and Pepsi.

In 2006, Sri Prakash set up base in Africa and invested in the fledgling petrochemical industry by acquiring Nigeria-based Eleme Petrochemicals Company. Until then the company was owned by the government-run Nigerian National Petroleum Corporation and Indorama picked up the company for USD225 million.

Riding on success, Indorama Corporation is now the largest foreign investor in West Africa’s petrochemicals sector and has so far invested close to USD2 billion in the country.

Even at 64 years old, he is still involved in Indorama’s operations. The group presently operates in as many as 19 countries with annual revenue exceeding USD10 billion.

Lohia is also dedicated to improving the lives of others in Indonesia. His companies and foundation are active in various fields, including education, health, social development, and environmental efforts.

He is very active in the health sphere. Support is given to build the medical centres or local hospitals so that they can serve people. Furthermore, his company Indorama provides the facilities for poor families to get monthly medical check-ups.

Sri Prakash is also a well-known connoisseur of arts and is one of the world’s biggest collectors of rare books. He boasts a collection that includes a 16th century edition of ‘The Holy Bible’ and an 18th century version of ‘The Holy Quran’. He is also the world’s second largest collector of lithographs—an illustration printed from a stone block onto paper—including many from the 17th century when the art was invented.

He has also spent USD75 million on renovating a 243-year-old mansion in Mayfair. The renovation took five years and he took help from a number of historians, designers and craftsmen. It isn’t without reason that some call him ‘the Maharajah of Mayfair’.