Sri Lanka has sought India’s support to turn the Indian Ocean into a “Zone of Peace”.

In his meeting with the visiting Indian Foreign Secretary, Harsh Vardhan Shringla, the Sri Lankan President Mahinda Rajapaksa sought a return to the kind of bilateral relations that existed in the 1960s and 70s. 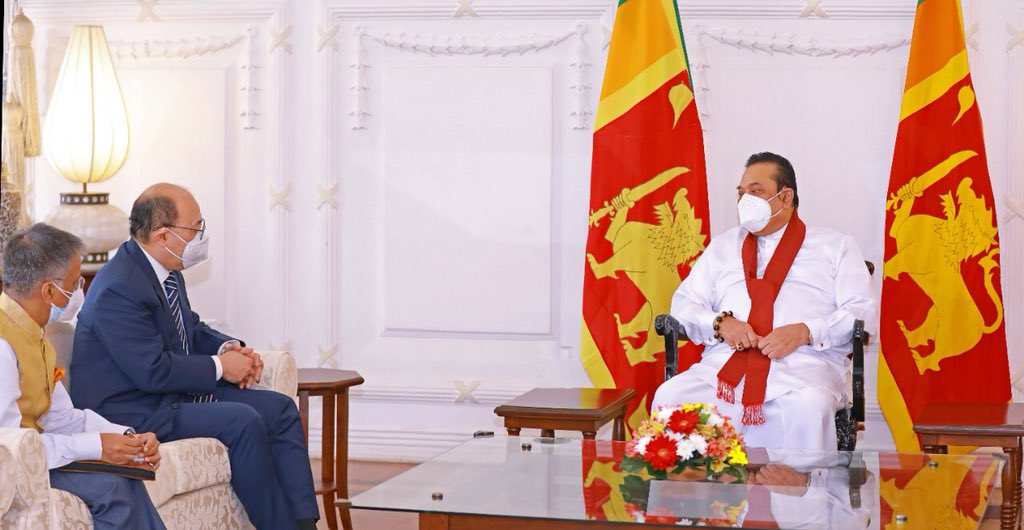 Indeed, in the 1960s and 1970s, the leaderships of the two countries saw eye to eye on many matters, both domestic and international, and a number of pacts were signed. Non-Alignment and world peace were living philosophies, the Citizen reported.

President Rajapaksa’s plea for a Zone of Peace stemmed from a growing anxiety among Sri Lankans about their island-home becoming a theater of a conflict between China on the one hand, and a US-led coalition including India, on the other.

The formation of AUKUS involving the US, Australia and the UK, and the US decision to supply Australia with nuclear submarines have further increased the prospect of conflict with China in the entire Indo-Pacific region.

To allay fears in India that his Zone of Peace concept might weaken India’s preparedness to meet emerging threats to it from an increasingly assertive China, the Lankan President assured Shringla that India need not fear that Sri Lanka’s relations with China would be detrimental to India’s security. He assured that Sri Lanka would do nothing to jeopardize India’s security.

Earlier, India too had wanted the Indian Ocean to be a Zone of Peace, when it felt threatened by the docking of a Chinese submarine at the Colombo harbor. In December 2014, the visiting Indian National Security Advisor Ajit Doval told the ‘Galle Dialogue’, that countries in the region must go back to the 1971 UN General Assembly (UNGA) resolution, mooted by Sri Lanka, urging the declaration of the Indian Ocean as a Zone of Peace.