The Indian Army and the Singapore Armed Forces (SAF) concluded their annual joint training exercise for armoured units ‘Bold Kurukshetra 2019’ at a training facility in Babina, near Jhansi in the north Indian state of Uttar Pradesh.

This was the 12th edition of the joint military exercise which was conducted from April 8 to 11. 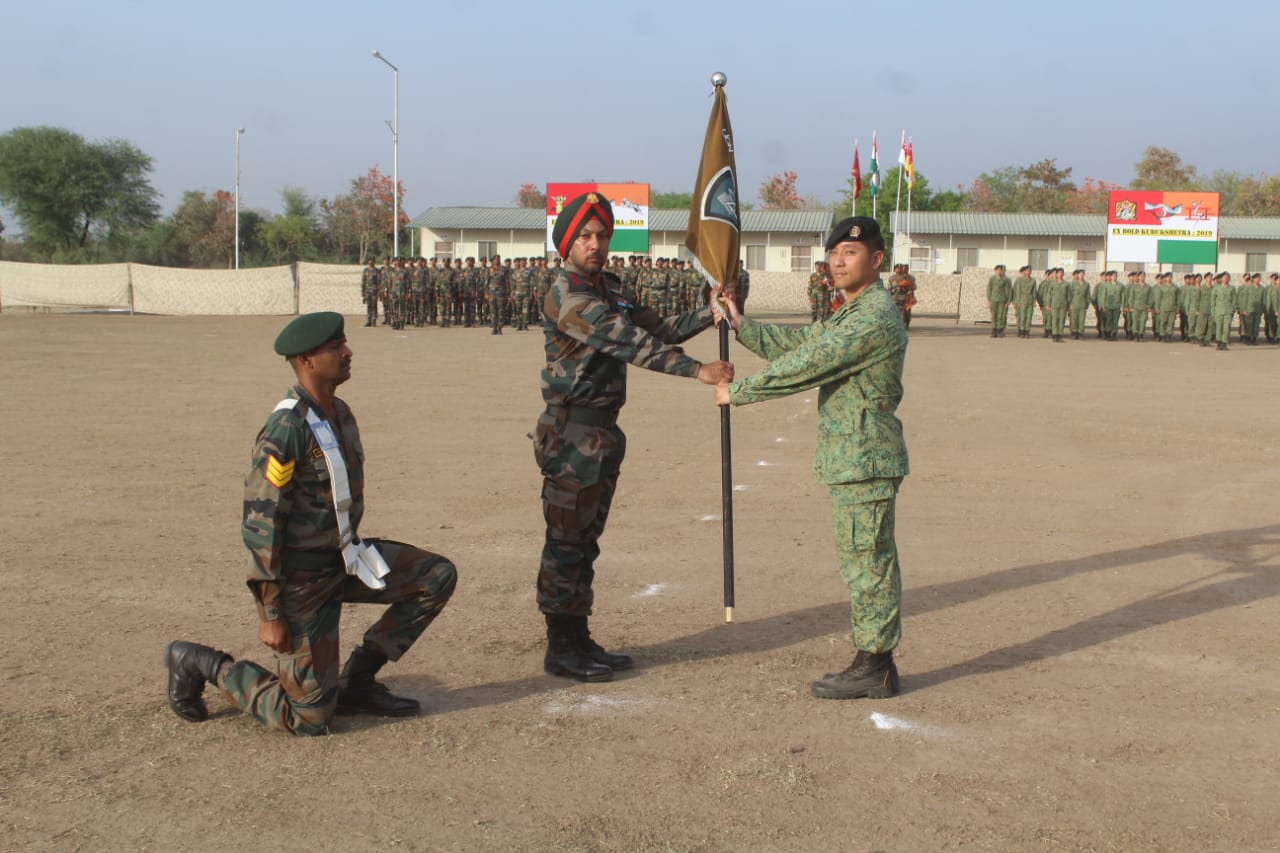 Handing over of ceremonial flag taking place at the opening ceremony of India-Singapore joint army exercise at Babina Military station near Jhansi in the Indian State of Uttar Pradesh. Photo courtesy: Ministry of Defence, India

More than 100 SAF personnel from 42 Singapore Armoured Regiment moved into Babina in the first week of April to undertake orientation training and independent drills. Several support units had already moved in earlier to prepare for the exercise. 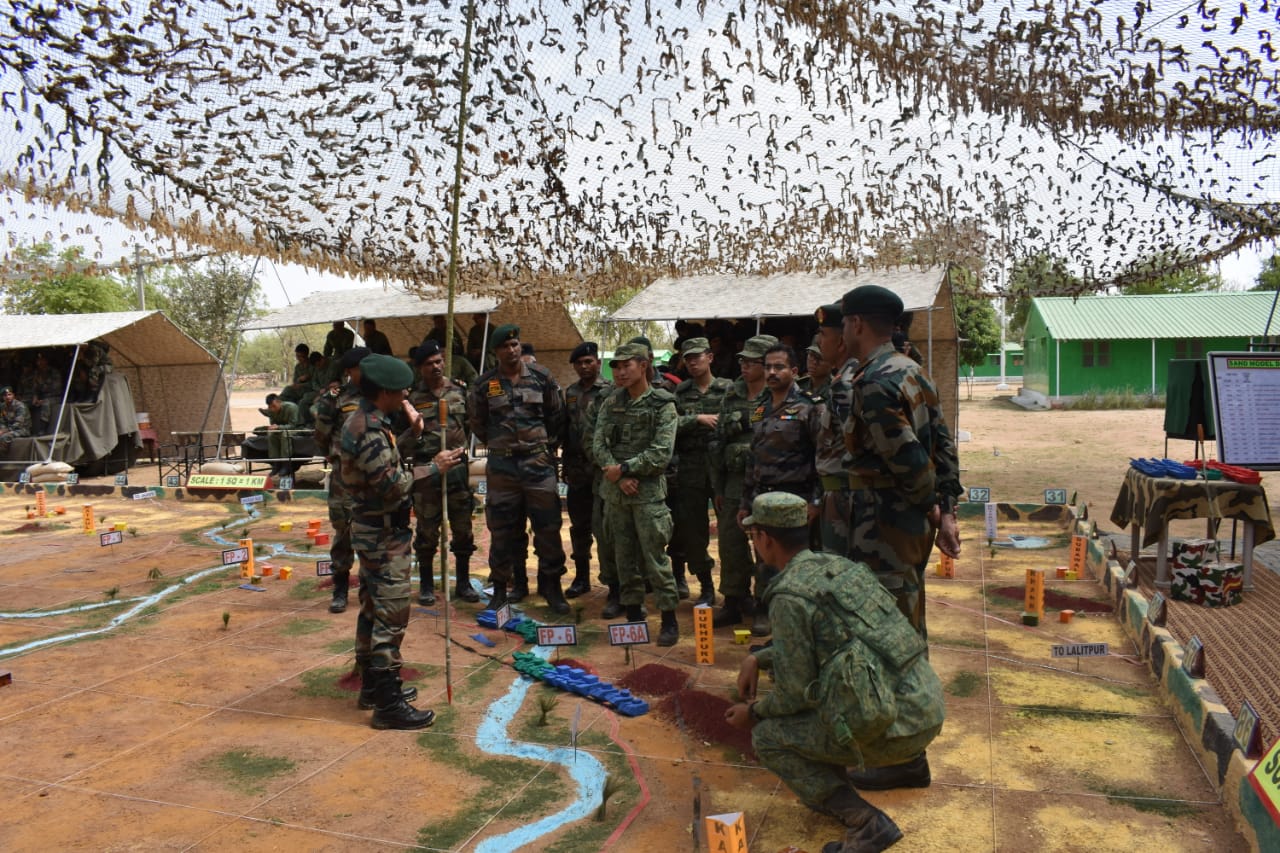 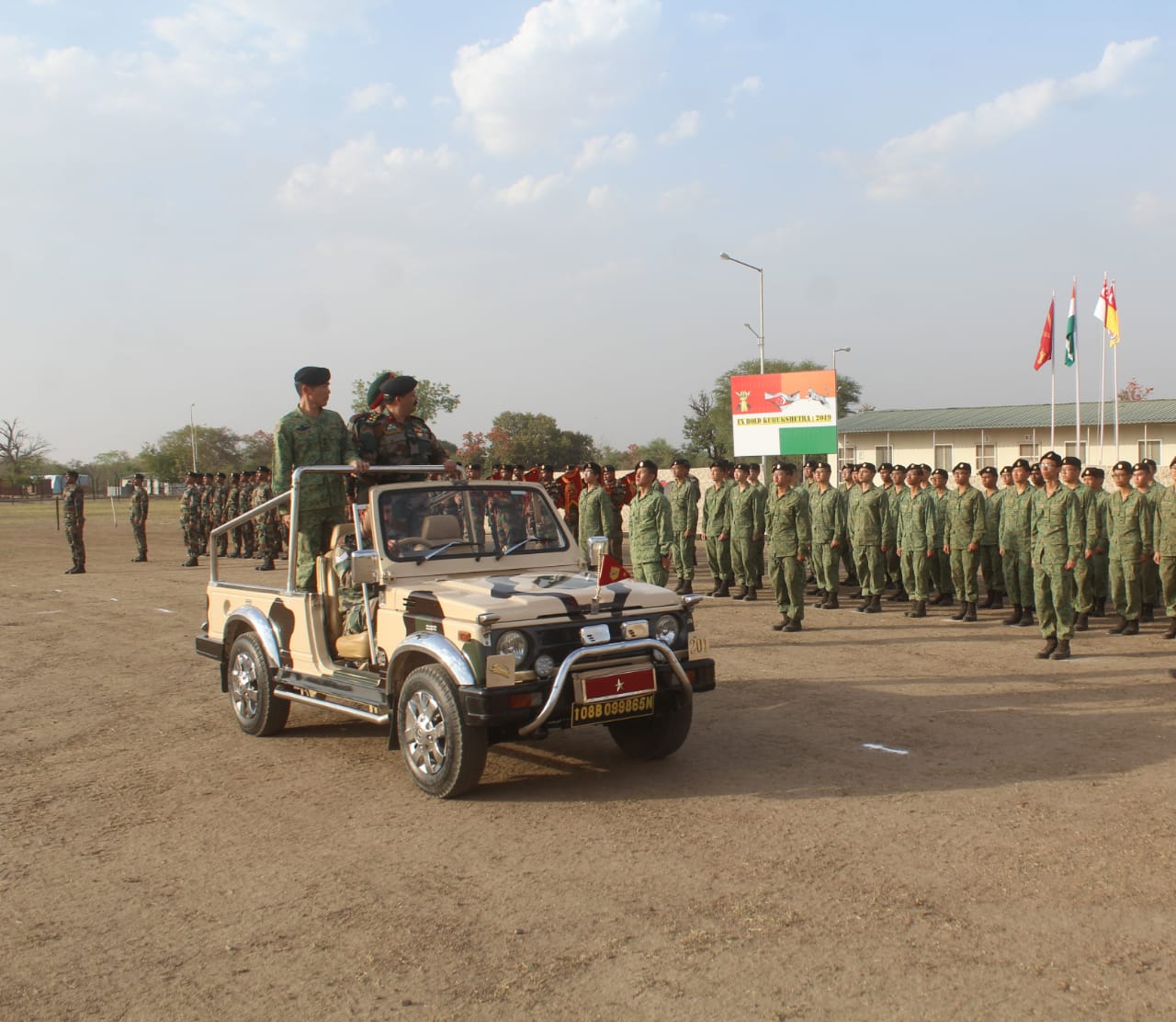 At the opening ceremony, a contingent each from both forces took part in a joint parade which was reviewed by Brigade Commanders of both Formations.

After the opening ceremony, troops from both armies quickly got into action and conducted joint tactical discussions and a Table Top Exercise to enhance mutual understanding and interoperability. 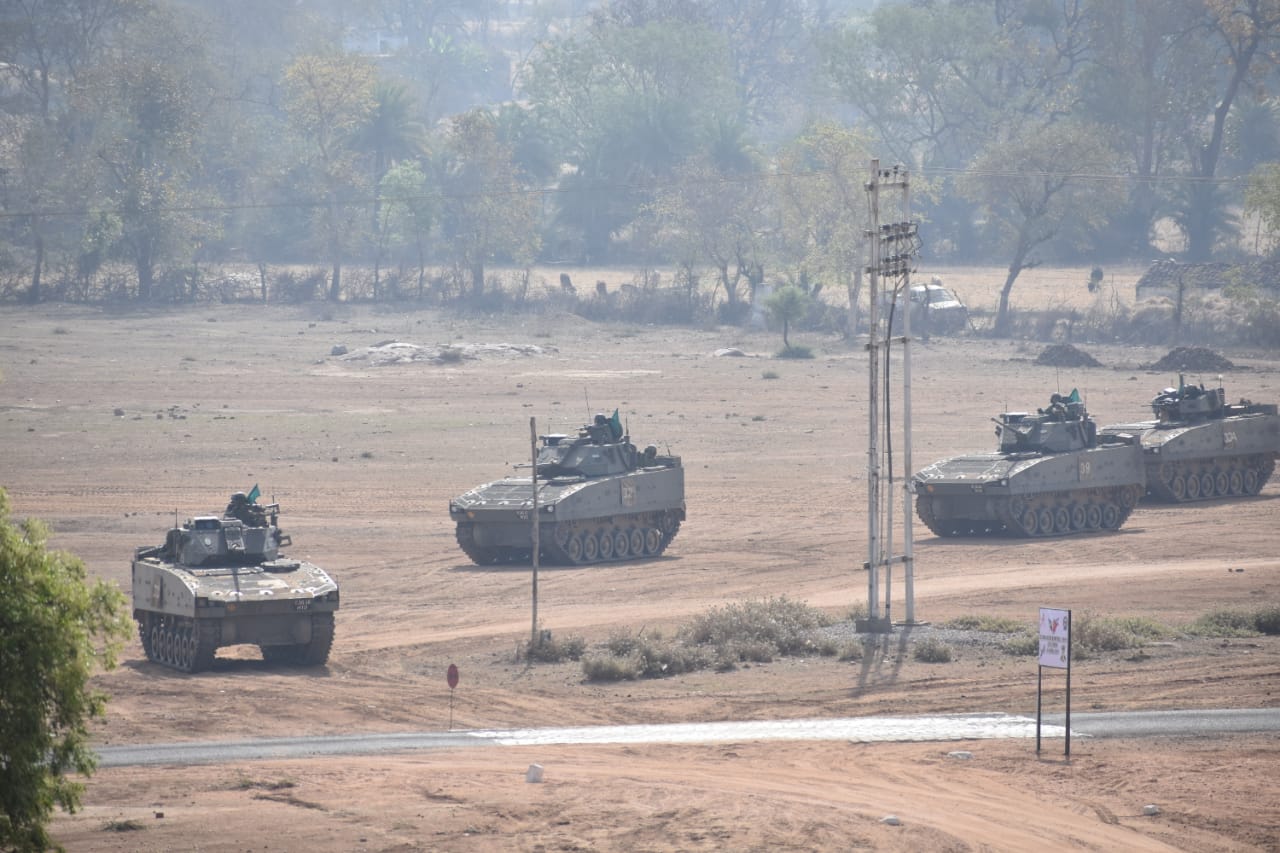 Ex #BoldKurukshetra 2019 culminated with Live #Firing Exercise at #Babina Field Firing Ranges. This bilateral exercise has marked another milestone in the Defence #Cooperation and #Synergy between the armies of two nations. #SingaporeArmedForces #IndianArmy pic.twitter.com/VBFMVzU3pQ

SAF undertakes similar bilateral training exercises in India for the artillery units as well as the Fighter Squadrons of Republic of Singapore Air Force (RSAF). 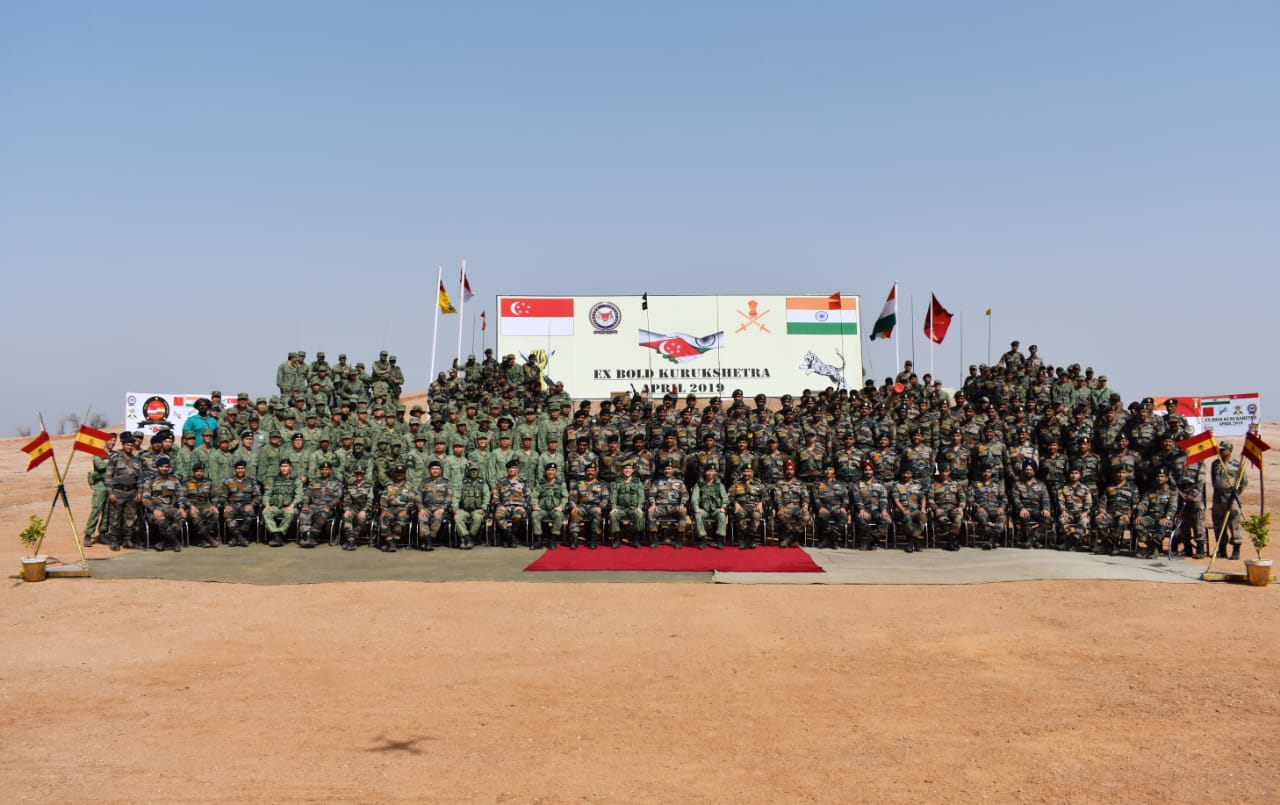 Both Navies have alternately been hosting an annual maritime exercise for the last 25 years. In keeping with their shared vision for a peaceful and progressive South East Asia, India and Singapore remain committed to increasing their bilateral defence cooperation engagements; as also with the wider ASEAN neighbourhood.