Rajasthani folk singer–musician Kutle Khan has become one of the symbols of versatility in the Indian classical music scene. Hailing from a family of traditional musicians, Khan writes his own songs and plays the dholak, khartal, bhapang, harmonium, sarangi and morchang.

The Kutle Khan Project, a unique collective of Rajasthani folk musicians, are set for their first performance in Singapore on September 2 at the Drama Centre Theatre of the National Library. The show has been organised by event management firm Teamwork Productions and tickets are available online. 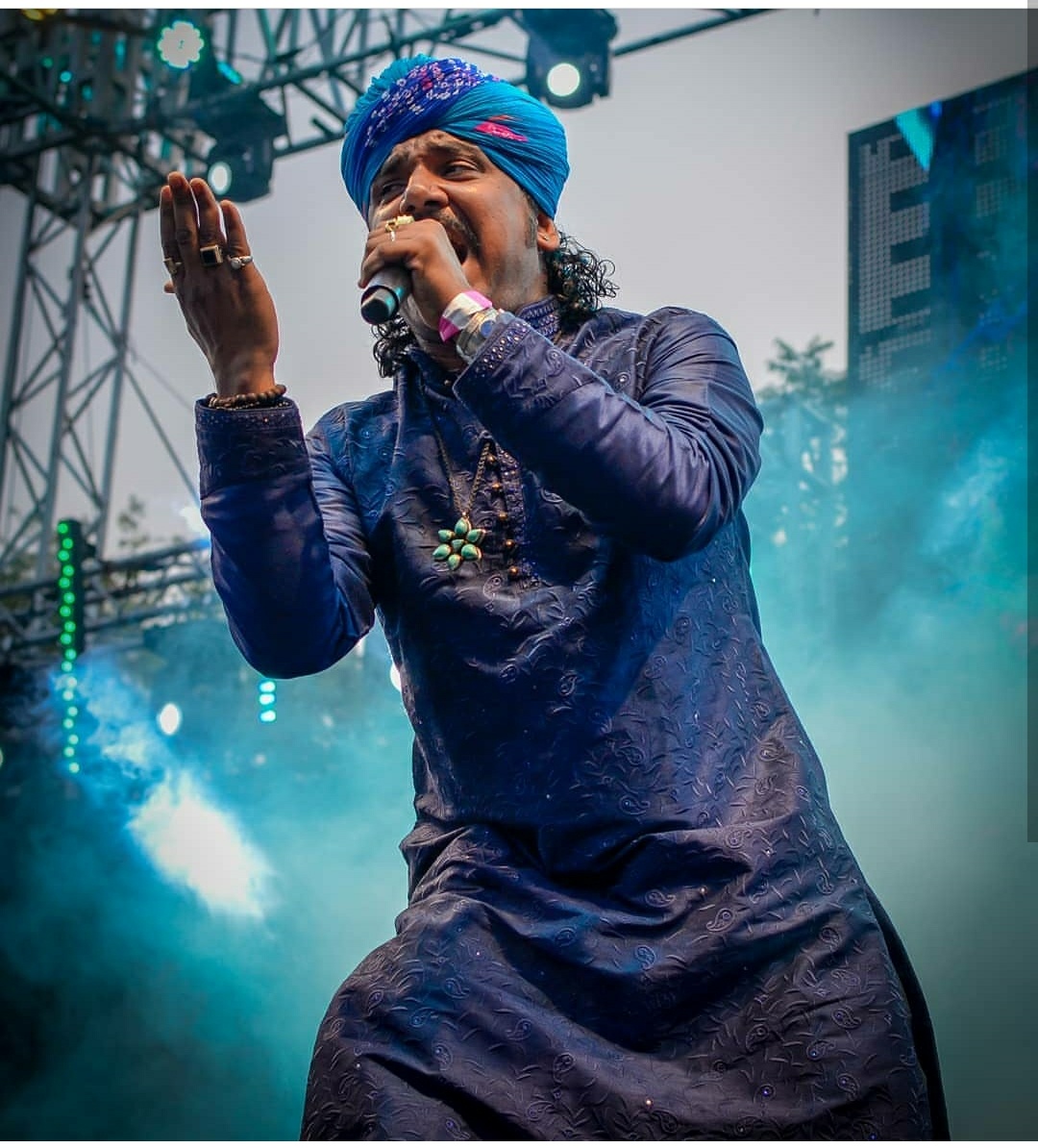 Kutle Khan said that he has had many wonderful experiences performing overseas for new people and spreading their music to different parts of the world. Photo courtesy: Teamwork Productions

The Kutle Khan Project’s songs boast of a perfectly distilled blend of musical styles with a strong Rajasthani folk sensibility. They are regular performers at the Jaipur Literature Festival as well.

Khan has received the GIMA AWARD (2015) for his composition Moomal and was also featured in the IIFA Awards in Mumbai (2019) among other accolades. Apart from performing in India, he has travelled to 72 countries and has performed with the legendary UK-Tamil artist Susheela Raman, Midival Punditz, Papon, Tritha Electic, Amit Trivedi and other reputed artists.

Speaking with Connected to India, Kutle Khan spoke about the upcoming show and his other overseas experiences, going back to his first solo performance in Singapore almost a decade ago.

“The highlight of our show will be the music set that we have prepared specially for Singapore. We are looking forward to the response of the Singapore audience and our very own Indian people to shower their love on us,” Khan told Connected to India.

He added that he has had many wonderful experiences performing overseas for new people and spreading their music to different parts of the world.

“It is always good to connect with Indian friends overseas. They all are waiting to welcome us with all their love. It feels special that they are looking forward to a band from India performing live after a long interval,” Khan added.

According to Khan, these experiences help the collective to improve creativity and infuse them with energy, reflected in their performance on stage.

He also recalled that the pandemic lockdown had a huge effect on performing arts globally. 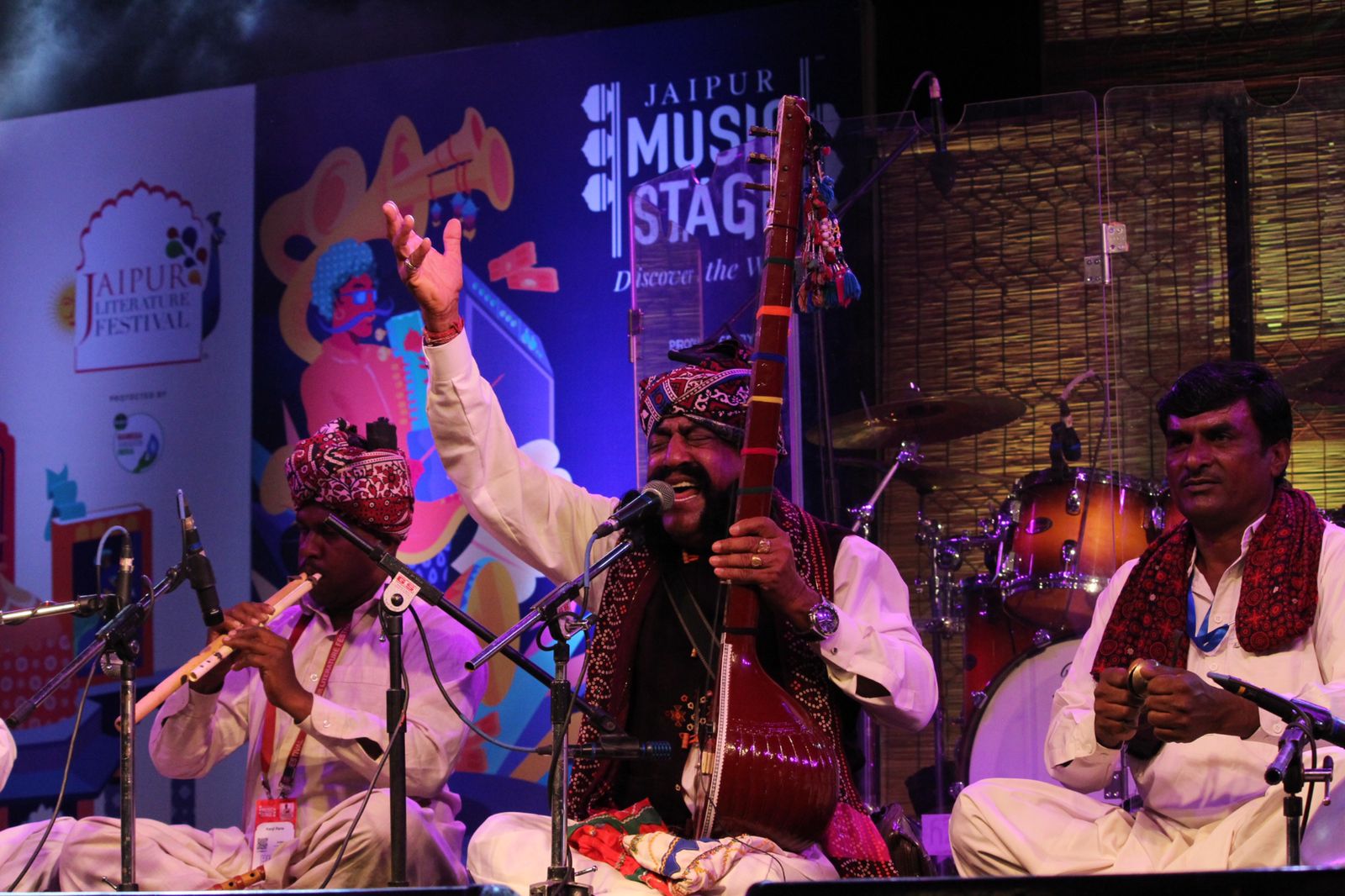 The Kutle Khan Project’s songs boast of a perfectly distilled blend of musical styles with a strong Rajasthani folk sensibility. They are regular performers at the Jaipur Literature Festival as well. Photo courtesy: Twitter/@JaipurLitFest

“We lost many people, including some legendary artists, during this time. I feel future generations will learn from these stories as we learned so much during these trying times,” he said.

The Kutle Khan Project was back on the Jaipur Music Stage during a revived JLF 2022. Reflecting on his distinguished history with the festival, Kutle Khan said he had missed not performing in Jaipur for two years.

“We have performed in all editions of JLF since it started in 2009-10. It is one of the festivals we wait to perform every year. I can say it is my personal favorite and I thank Sanjoy Sir and Teamwork Arts for believing in us,” he added.

Signing off, Kutle Khan invited Indians in Singapore to his upcoming concert and stated he was looking forward to performing in the Lion City.