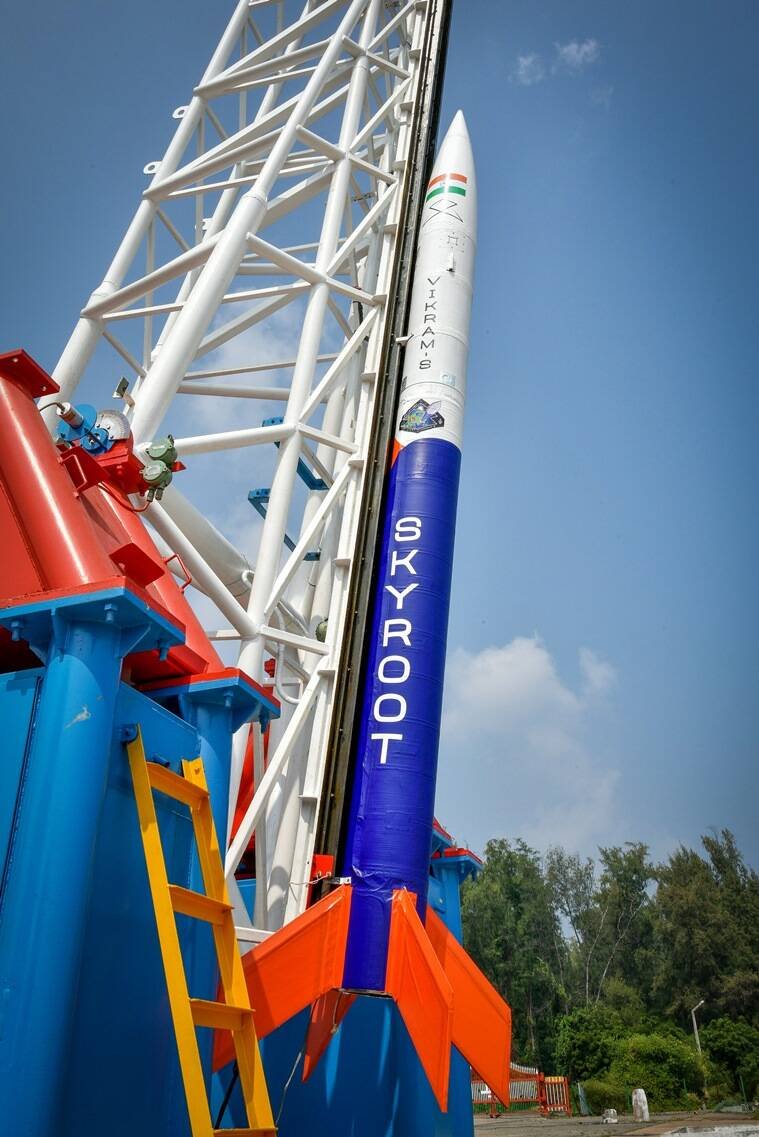 Vikram-S soared to an altitude of 89.5 km after its launch and met all the parameters, Skyroot Aerospace said. Photo courtesy: Twitter/@DrPayalPandit1

Developed by four-year-old startup Skyroot Aerospace, the launch of the rocket would mark the foray of private sector into the country's space industry. The space sector was opened to private players by the Centre in 2020.

Vikram-S soared to an altitude of 89.5 km after its launch and met all the parameters, Skyroot Aerospace said.

“We made history today by launching India’s first private rocket. It is a symbol of new India, and just the #Prarambh of a great future.” Pawan Kumar Chandana, Co-Founder Skyroot Aerospace. Keep watching https://t.co/p2DOuRFiIA#Prarambh #OpeningSpaceForAll

Skyroot Aerospace, which was founded in 2018 by former Indian Space Research Organisation (ISRO) engineers Naga Bharath Daka and Pawan Chandana, has raised INR 526 crore capital so far. The company aims to "open space for all" and is working towards a future where "space becomes part of us".

According to reports, the mission was launched from the propulsion centre where sounding rockets were used by ISRO.