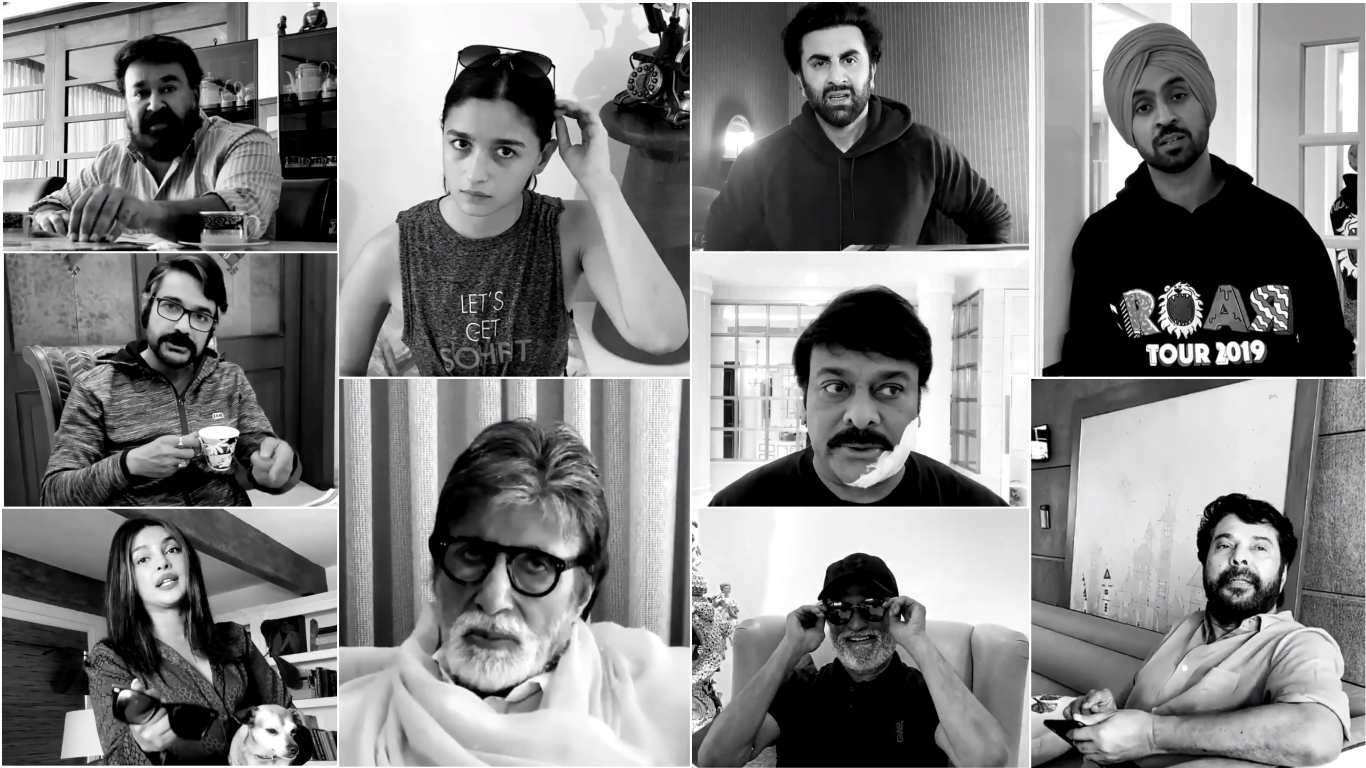 The phrase “social distancing” has become part of our vocabulary in these COVID-19 times. Most people across the world are working from home, not meeting friends and not going out. In these times of staying away from each other to help break the spread of the coronavirus, Bollywood stars came together (not literally, of course) to show everyone just how entertaining social distancing can be.

Director Prasoon Pandey told news agency PTI, that it was decided not to restrict this short film to just Bollywood stars.

Family came into being as a way to raise awareness about the importance of social distancing during the COVID-19 outbreak. None of the actors left their homes and each of them had a family member film their portions and submitted them to the director.

"The back story is incredible. Amit ji's portions were shot by Abhishek. Nick Jonas shot Priyanka's segment, Rajinikanth ji's was shot by his daughter Soundarya. Ranbir and Alia went behind the camera for each other. Everyone was so gracious. They didn't come into the frame, but they were simply helping. They were so selfless," Pandey told PTI.

"People were not just becoming a part as actors, they were becoming part of a project. Then I talked to Ranbir and Alia, who gave me another idea: Why stop at only Mumbai film industry? Why not make it pan-India? So everyone started contributing to the idea, it became even bigger," he added.

Family ends with an appeal to support the daily wage workers of the entertainment industry, which was Amitabh Bachchan's idea, said Pandey.